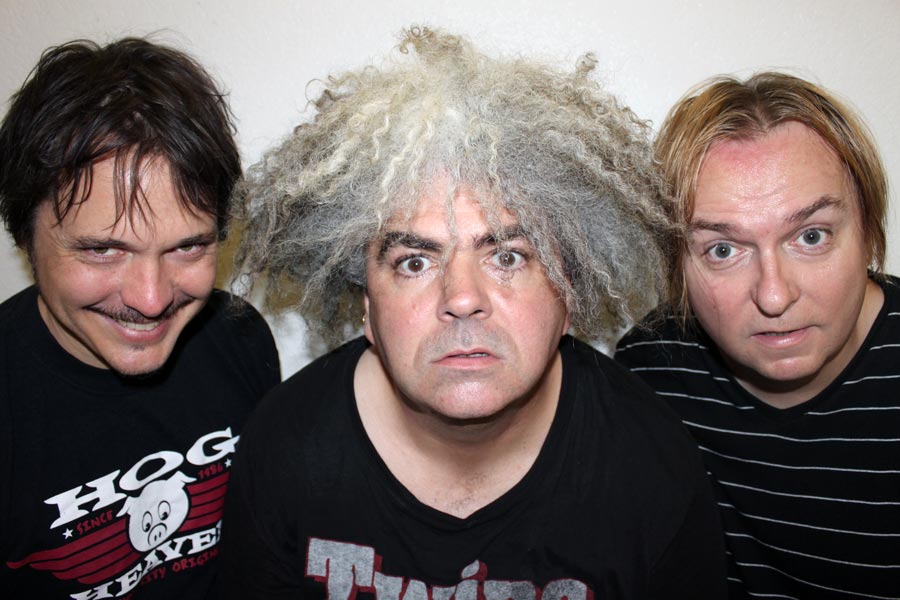 How to describe the Melvins? They’ve been lumped into the stoner scene, grunge, alt-something… The simple fact is that the band is out there on it’s own, and has been creating a unique racket for decades. We spoke to frontman Buzz Osborne about the forthcoming show at the Summit.H

Yellow Scene: The tour for Hold it In has been going on for a while. How has it been going?

Buzz Osborne: The last time we did a tour was last fall. That trip was half a tour, and part of that was to do with the fact that our drummer’s wife was really sick. We weren’t able to do as much road-work as we would have. She’s going to be fine, that’s all good. It was a serious illness. You take all that stuff into consideration and you do what you have to do. Now we’re continuing the tour so we start in a couple of weeks in Tucson. By the time we get to Denver, we’ll be nearing the end of the tour. But we’ve loved Denver for years. The Warlock Pinchers have long been one of our favorite Denver-area bands. We’ve known them for years and years.

YS: You usually get a good crowd reaction here?

BO: Oh yeah. Denver’s always been nice to us, and we’ve appreciated it for, I don’t know how many times we’ve played there. Dozens.

BO: You should expect nothing, and then you can be pleasantly surprised. That’s the best thing to do. Expect it to be good.

YS: Have you been working on a follow up to Hold it In?

BO: We’re always recording. We have a bunch of stuff in the making right now. We stay busy doing all that. We don’t get a lot of down-time as far as just sitting around doing nothing. Never do that. We’re always busy doing something. There’s plenty of stuff coming out. We have a 10” coming out split with Le Butcherettes – that’s going to be out for the tour and it’s called Chaos As Usual. Two songs from each band. We have a bunch of other stuff planned. Le Butcherettes are great – we’re really looking forward to touring with them. Again, we toured with them in the fall and had a great time. I’m looking forward to them being on this trip.

YS: When this tour’s over, what’s next?

BO: We’re playing a festival in France, and one in this tour in Montreal. We’re playing a festival in Seattle in the fall. We don’t get offered a lot of that stuff. When we played All Tomorrow’s Parties in the UK a few years ago, we played right before the Stooges. They wanted us to play after the Stooges, but I said no. I won’t do it. I’d rather not play. I will not go on after the Stooges. You can do it. No way. I’m not going to get my ass handed to me. Screw that. Can you imagine? That’s like going on after the Who. Who’s stupid enough to do that? Not me.