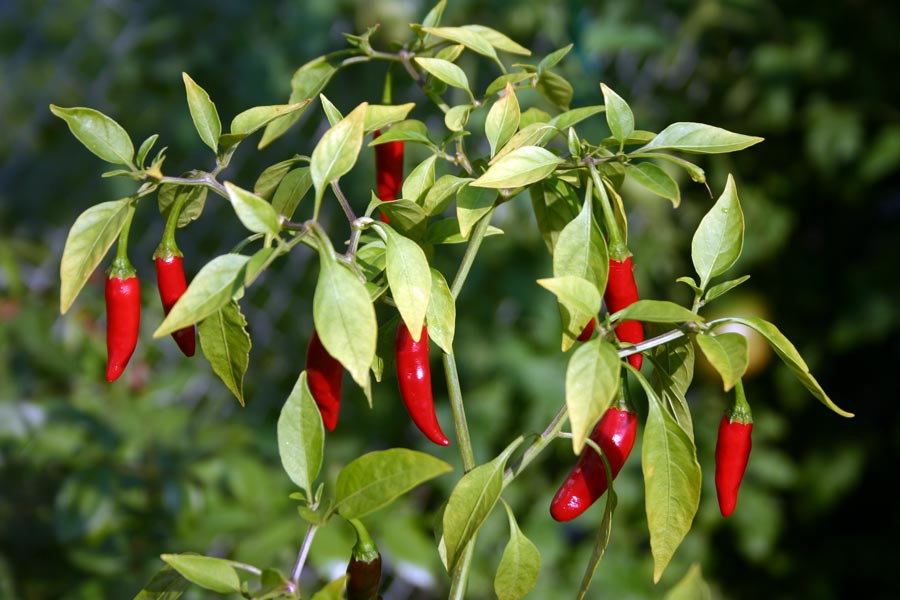 Bars, tap rooms and tasting rooms are where you can find some of the best summer beverages available. Increasingly, beers and spirits are getting the infusion treatment from peppers both hot and mild, with impressive results. Some are aiming for flavor, balance and drinkability while others are aiming to give your mouth a Number 4 Char. And still others on our list are just plain perfect of summer sipping. Here we have a selection of beers and cocktails that should fit your summer bill for refreshment.B

Forget the International Bittering Units (used to indicate hop bitterness), the intensity of this 5.2 percent ABV wheat beer is measured in Fahrenheit. A combination of Anaheim, Fresno, Habanero, Jalapeno and Serrano peppers are found here along with the infamous Bhut Jolokia or Ghost Pepper that once held the record for the world’s hottest pepper. Clocking in at just over a million Scoville heat units — Tabasco sauce, by comparison, is rated between 2,500 and 5,000 SHUs — the Ghost Pepper is certainly hot, but the Ghost Face Killah is drinkable just the same. This is probably due to the missing raw pepper oils that permeate your mouth and tongue with pepper heat and won’t let go. In this beer, the heat is there, but it’s manageable for those who like spicy foods. Ghost Face’s little brother, Billy’s Chilies, is a mild (by comparison) chili beer from Twisted Pine that has a delicious chili aroma and just a hint of heat.

Bitter Bar owner and cocktail connoisseur James Lee pays attention to the little things, when making even the most basic of drinks. Like ice. He uses filtered water and a special machine that freezes the cubes quickly so they are clear and don’t assume any extraneous odors. And tonic, too. He makes his own from cinchona bark, four kinds of citrus peels, a variety of spices and a 4-day process that he kegs and uses for the bar’s cocktails.

Infusing or flavoring distilled spirits — usually vodka — with everything from coffee to cotton candy is getting old. It’s laughable to see certain brands hogging shelf space at the bar with a rainbow of flavors and colored bottles that rarely (and for good reason) see the bottom of a cocktail shaker.

Tanteo is different in that this Jalisco, Mexico distillery starts with 100 percent agave tequila and then slices locally grown jalapenos and macerates them in the premium alcohol. The result is a truly flavorful and, yes, mildly spicy tequila that derives its heat as much from the pepper as from the alcohol, neither of which is overwhelming.

And at the Roost on Main Street in Longmont, they do nothing more than to add some fresh squeezed lime and a splash of agave nectar to complement the existing flavors. The first sip launches a smoldering heat from the jalapenos that invites successive sips to answer the heat from the last.

A truly refreshing cocktail can also pack some heat and still get the job done. That’s what Bar Manager Adrian Sutevski at the newly opened 740 Front has proven with his instantly popular Summer Heat cocktail. Muddled slices of cucumber and jalapeno peppers (seeds in) are given a vigorous shake with vodka, simple syrup and lime juice. It’s then strained and served on the rocks with a splash of soda and a cuke slice garnish. The result is a surprisingly refreshing drink that carries a good bit of residual jalapeno heat. It’s not so much that it brings a tear to your eye, but enough that you’ll want to keep nipping at your Summer Heat in a pleasantly futile attempt to cool off that lingering capsaicin zing.

The June opening of 740 Front — formerly the Old Louisville Inn — ushered in a truly top-shelf dining establishment for Louisville. And the stunningly beautiful back bar that was relocated from Leadville to Louisville in the late 19th century by wagon offers a lot of eye candy thanks to its exquisite mix of cherry, birch and mahogany woods. Moreover, Sutevski’s collection of quality craft spirits, many from local and regional distillers, provides a rich palate from which to draw as he creates new, interesting cocktails.

While The Post is most famous for its fried chicken and flavorful sessionable beers from head brewer Bryan Selders, it has a couple of drinks up its sleeve that will help you battle the brutal summer heat that we all know is just around the corner. The El Diablo serves up a south-of-the-border twist to the old Moscow Mule by trading the vodka for El Charro Blanco tequila and adding some creme de cassis and lime to the Rocky Mountain Soda Company’s ginger beer. At first sip, the El Diablo starts out like a margarita, but the distinct bite and rich ginger flavor of the RMSC ginger beer quickly take this cocktail in a completely different direction. And if you’re feeling truly adventuresome, swapping out the El Charro with Sombra Mezcal adds a light smoky flavor that will put a smile on your face.

While the El Diablo is definitely sessionable on a hot summer afternoon, The Post also offers its version of a red beer using its Howdy Pilsner as the foundation. To about half a pint of the light, crisp lager is added housemade michelada mix (a super-secret mix of Clamato, lime juice, Worchestershire sauce, hot sauce and Maggi seasoning sauce) served on the rocks with seasoned salt on the rim. The pepper flake type heat from the salted rim makes it hard not to follow one sip with another pull of this highly refreshing, lightly carbonated drink.