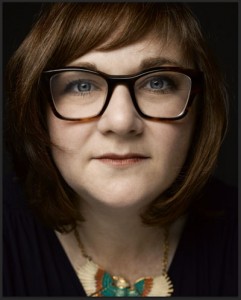 Fifth-generation Colorado native Amy Haimerl’s path to Detroit included stops at some of the top publications in the state and the nation. Associate Editor for Westword. Founding Managing Editor for the Jackson Free Press. Senior Editor for Fortune Small Business Magazine. Adjunct journalism professor at Michigan State University. And she recently published book called Detroit Hustle: A Memoir, that details her experience buying a derelict house, built in 1914—with good bones and zero plumbing or electric—in Detroit and bringing it back to life. Meet Amy and get your copy signed at her appearance at the Tattered Cover, 1628 16th St., Denver on June 17 at 7 p.m. for her hometown book launch. www.amyhaimerl.com

YS: As a long time Coloradan, what from your experiences in Detroit would you say might resonate the most with people here?

AH: Both cities are on the precipice of significant change as an influx of newcomers arrive. Denver is certainly more affluent than Detroit—our per capita income is $15,000 which is half of Denver’s—but both struggled with long-time disinvestment and now a sudden interest in places that had long been discounted. That has caused a cultural rift. The people who remained, whether in Detroit or Denver, feel like they are overlooked and unseen and that all policies and media coverage is targeted at newcomers rather than the hard work of those who never left. Meanwhile, new residents can’t understand why people seem frustrated or angry just because they are there. Don’t they have a right to live anywhere they want and enjoy it? I feel this very acutely because, as I say in my book, I’m both gentrified and gentrifier. I’m watching my family be displaced in Golden, where their rumbling trucks and muddy work boots don’t fit with the new high-dollar condos. But in Detroit, I’m the newcomer and us rehabbing this house has certainly raised property values in the surrounding area. But in a city like Detroit, with 40 percent poverty, even approaching a normal market is still pricing things outside the reach of many residents.

People say that one of Detroit’s struggles is its size. The city is 139 square miles—large enough to fit Boston, Manhattan and San Francisco—and has lost more than half its population since 1950, going from 1.2 million to just under 700,000. But Denver is very similar, even though it never experienced the same level of population loss. Denver is 155 square miles for a population of 660,000 and is one of the booming-est economies in the country (even without pot). So when I talk about Detroit, I think as a city we need to decide if we are trying to emulate Denver or if we are trying to be Philadelphia with the dream of a million-plus population again. One involves investing in the population we do have with jobs and education so that everyone can afford to have water and pay property taxes; the other involves building through growth and trying to be what we once were. I think as a city, we need to decide which we’re going to be or try to be a blend because betting on growth hasn’t proven to be a long-term solution in most places. 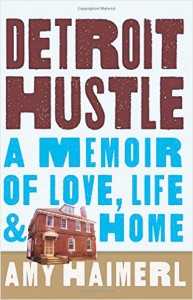 YS: What are a few things you learned that you wish you knew when you started.

AH:  I never expected that Detroit would be so culturally similar to my rural Colorado roots. I mean, this is the Motor City. But this, like my hometown of Fruita, is a place that is very blue collar and feels like it has been written off. Both places know the meaning of hard work and having to hustle and always having to be better than everyone else. They both have a bit of chip on their shoulders, which is the same one I’ve carried for a long time. I joke that my rural Colorado father raised himself a Detroit daughter without ever knowing there could be such a cultural connection between the land of rural poverty and the place that built the middle class.

YS: What’s your opinion on the state of journalism today and where you see it headed in future?

AH: As a professor at Michigan State University, I have the honor of working with young journalists every day. In fact, I currently teach a class about media innovation that looks at where we’ve come, starting with the printing press, and where we are going. (Virtual reality?) I think we are in a time of change and disruption, which makes people uncomfortable, but fundamentally I see great opportunity. The jobs may look different, but there will always be a demand for story tellers and truth tellers. How we distribute the information may look or feel different, but we will always do it. That doesn’t mean the transition will be smooth or perfect, but I believe there is a future in journalism for any student who is willing to work hard, hustle and learn.