Silence! The Musical at the Bug Theatre 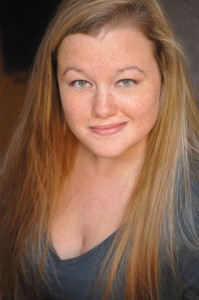 Holly Dalton plays Clarice in Equinox Theatre Company’s Colorado premier of Silence!, the riotous musical send up of the 1991 break-out thriller Silence of the Lambs. The movie starred Jodie Foster and Anthony Hopkins in Oscar-winning roles and also swept several other categories, including Best Picture. Catch the show weekend nights through April 30 at the Bug Theatre, 3654 Navajo St., Denver. For more info: www.bugtheatre.org

YS: What kind of preparation did you do to take on such an iconic role?
HD: There was honestly a lot of movie investigation. Discovering the way she held herself from scene to scene under different circumstances proved to be very interesting, from the way she held a pencil between her teeth while researching for a case to the way she stood around the men she worked with while out on the field. Since a lot of this musical is based off of exact scenes and dialogue from the film, it was fun to be able to emphasize and bring to life every characteristic of Clarice (for example: her accent) so that even the most seemingly closed and complex character in cinema history can be found humorous.

YS: What is your favorite part of Silence!?
HD: That’s a tough question. I am partial to the number, “We’re Going In,” because the ensemble of the show are the bricks that hold it all together. I have never been able to keep a straight face while watching them and I cannot wait for the audiences’ reactions.
YS: Who is more dangerous: Buffalo Bill or Hannibal Lecter? Why?

HD: I would say it’s a no-brainer (wink to the sequel) that Hannibal Lecter is the more dangerous of the two. He has psychological training, along with years of experience with his hunts that are incredibly complex compared to Buffalo Bill’s work, not to mention that Lecter has the innate ability to detach himself emotionally without so much work.