As the sun set on the first of three days at the 2016 Riot Fest in Denver, British rockers Jake Bugg introduced a thick crowd of Rocky Mountain Yankees to cuts from their first self-titled album that hit number one (in the U.K.) as well as a few from their third album released in June, “On My One.” 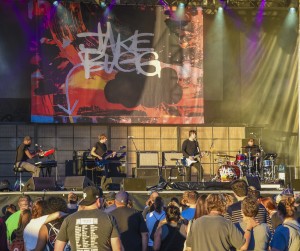 British rockers Jake Bugg kick out the jams as the sun sets on day one of Riot Fest in Denver on Friday. Mostly clear skies and mild temperatures put the nearly sell-out crowd in a great mood.