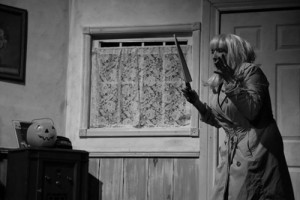 ‘Night of the Living Dead’ returns to Bug Theater.

They’ve been called “the most dynamic duo of this generation” by The San Francisco Classical Voice. Now, classical music’s most powerful pair are bringing their dazzling Concerto for Two Pianos to Boulder audiences. Greg Anderson and Elizabeth Joy Roe are the piano duo who will perform Poulenc’s Double Concerto and Rachmaninoff’s Pagaanini Rhapsody accompanied by  the Boulder Philharmonic Orchestra. Classical music fans will delight as Anderson and Roe share one piano; four hands moving in perfect synchronization as one cohesive musical genius entity. You’ll also be treated to Roe’s performance of Tchaikovsky’s Symphony No. 2 “Little Russian” and there will be a free pre-concert talk at the Macky Auditorium on opening night, Saturday Oct. 1. 1595 Pleasant St, Boulder 80309. Tickets $5-$70. boulderphil.org 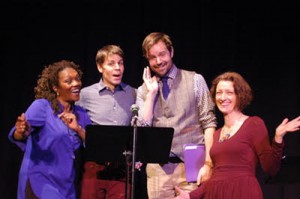 Stories on Stage will read “Things That Go Bump in the Night.” this October.

Storytelling is not a lost art, thanks to Stories on Stage, now in its 16th season in Denver and Boulder. This local organization brings together great short stories and the best talent in Denver, who read the stories live for the audience. If you have fond memories of your teacher reading to you in school as a child, or your parent reading to you in bed before you fell asleep, you’ll love this chance to be transported back to childhood once again. Check out the October show, themed “Things That Go Bump in the Night” which is sure to have lots of spooky stories perfect for the fall season. Friday, Oct. 14 at Boulder’s Chautauqua Community House. 301 Morning Glory Drive, Boulder, CO 80302. Tickets are $28. storiesonstage.org

The zombies are back at the Bug Theatre in north Denver. For the eighth year, The Bug Theatre and Paper Cat Films present Night of the Living Dead: Live! Every October, the former Nickelodeon movie theatre stage is transformed into the famous farmhouse as seven people are trapped inside with the approaching zombie hoards encroaching. This year’s theme includes “Urban Legends” and audiences will be treated to bits including the well-known hook hand, the babysitter (“the calls are coming from inside the house!”) and spiders in the beehive, among many others. What urban legends will pop up during this annual Halloween tradition? Visit The Bug Theatre from Oct. 7 through 29 to find out.  3654 Navajo St in Denver. Tickets $14-$18 at bugtheatre.org

Concept albums are at best a dying breed, thanks to the one-and-done focus of the recording industry and the fact that no one actually buys albums anymore. In fact, most 20-somethings don’t even realize that bands record anything other than “tracks.” Another nail in the coffin comes from Coheed and Cambria — keeping the concept alive for the last 15 years with their Amory Wars anthology — who just released their first album free from the storyline, The Color Before The Sun. Everyday, universal themes of life and love and fatherhood abound, and while it stands apart from what we’ve come to expect from the Amory Wars storyline, it’s still very much Coheed and Cambria in sound. And that’s a good thing. Catch them live on Sept. 21 at the Boulder Theater, bouldertheater.com for tickets.

The Colorado music scene is heating up. Keep your eye on these 5 bands: