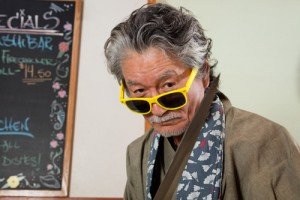 Maguro, Hamachi, Sake, Ebi, Unagi or Masago. What’s your favorite sushi dish? There are many different types of sushi and, depending on where you go to eat it, many different artistic representations of that dish. The art of creating sushi is a time-honored tradition with roots reaching back to 14th Century Japan. There are nearly as many styles of sushi as there are sushi dishes, with temaki sushi (hand rolls) to nigiri (pressed) the most popular. But even there, the interpretation and style of a sushi chef comes into play, creating tasty mouthfuls in a rich variety of textures and flavors.

Boulder sushi lovers have a plenty of options to choose from, but the best-regarded sushi spot is Sushi Zanmai, a sushi restaurant, bar and fusion restaurant. The festive joint has been a favorite for nearly 30 years, maintaining rich Japanese traditions while presenting an approachable and welcoming environment for all who come.

“I love eating good food, so I love making good food,” said sushi chef Naoto Kanda at Sushi Zanmai. It’s really as simple as that. Nao-san, as he’s known, received his training from a senior chef who is now a Michelin star chef in San Francisco while he worked at Sushi Zanmai. He worked his way up in the kitchen, and now eager patrons enjoy watching this master chef at work as he hand-wraps perfect temaki and carefully creates beautiful plate after beautiful plate of amazing fresh fish options.

Fresh fish in Colorado? You may think it’s not possible in this land-locked state, but the fish at Sushi Zanmai is flown in from all over the world, including the Tsukiji Market in Tokyo, and it comes in at least once a week, according to Nao-san. That’s the secret for making truly delectable sushi dishes. Of course, you’ll also want to check out his knife skills, and a seat at the welcoming bar is the perfect place to watch him work. It’s like watching an artist as he fine-tunes each painting, carefully laying out each stroke of the paintbrush for a specific flavor or texture.

In addition to Sushi Zanmai, Nao-san has also helmed Sushi Tora and Izakaya Amu. Sushi Tora is another traditional sushi hot spot,running strong since 1987, whereas Izakaya Amu opened in 2002 right next to Zanmai,  and caters to the local Japanese population with traditional dishes and lesser-known offerings. Amu patrons enjoy the Omakase style of ordering, where the server puts together the meal for you to highlight the best dishes and offerings of the talented chefs.

Now, Nao-san has entrusted new leadership at his popular Boulder establishments but will continue to ensure his high-level of excellence for each and every dish that comes out of the kitchen. “I plan to keep these three restaurants (Sushi Zanmai, Amu and Sushi Tora) running under our new leaders to allow all of Boulder to enjoy top Japanese food,” he said. “As to my future, my family is my first priority — which includes my employees.”