Blunt Talk: Smoking in the Boys Room (or at Least Somewhere) 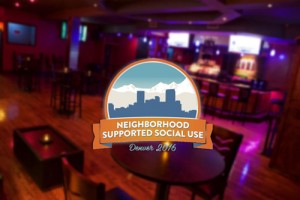 Passing a social use initiative was just the start.

The world smiled when Colorado led the nation in legalizing cannabis, but the reality on the ground has been a little less kind for locals and visitors. There’s no shortage of good quality herb, and there are plenty of competent licensed retailers around. The problem has been that there’s no legal place where all this herb can be consumed by most adults.

[Ed. note: originally written as a preview of Ballot Initiative 300, which passed, it is worth reviewing what exactly was approved.]

Of course, consuming on the street can still catch you a court summons and a fine. Toking in your car can get you a DUI. Puffing at home is legal in a few municipalities, but is strictly forbidden statewide in a home with children, which can get you a visit from Child Protective Services. Even strictly adult households who rent their homes face stiff penalties and lease terminations for consuming at home.

[Ed. note: originally written as a preview of Ballot Initiative 300, which passed, it is worth reviewing what exactly was approved.]

This catch-22 on Amendment 64 has stung Coloradans and cost the state tourism dollars since January 2014. This November, voters in Denver approved Ballot Initiative 300, which approved a four-year pilot program for limited, neighborhood-supported social use of cannabis in the state’s capital.

Limited means that consumption would be restricted to designated areas in permitted businesses. The standard 1,000-foot rule will apply, separating all consumption from places where children congregate, including playgrounds, schools and churches. All use must comply with existing clean air regulations, and public use in any place not 21+ would still be illegal. It is still a no-no to spark up a joint on the sidewalk or at your favorite restaurant, but they could install vaporizers at the local brewery. It also means that bars and other social gathering places can designate an appropriate area for adults to pass the dutchie.

Neighborhood-supported means applicants must receive support from a local eligible neighborhood association to ensure that the community approves of each proposed permit, a step beyond the strictly official approval required for places where alcohol is consumed.

The plan is to create an environment that allows adults who choose to consume responsibly with alcohol, or as an alternative to it, can find places to do so with other adults. It’s likely there will be smoking clubs a la the Dutch style coffeehouse, but Denver will take it a step further than Amsterdam. Initiative 300 allows for cannabis smoking sections at concert venues and galleries, truly placing pot alongside alcohol, as many voters intended by voting to legalize in 2012.

The local support base in the business community is large and growing — the Neighborhood Supported Cannabis Consumption Pilot Program (NSCCPP) website lists 72 Denver businesses that signed on, and at the grassroots level, eight Colorado-based cannabis policy organizations have gave approval and pledged their support. Most significantly, political figures signed off on the sensible approach as well, with political endorsements from the Democratic Party of Denver, Senator Irene Aguilar MD, Representative Jonathan Singer, Senate Candidate Lily Tang Williams, and New Era Colorado.

The participation of state-level political figures highlights the exciting potential of this campaign. Denver has often led the state in breaking new social ground thanks to the dense, diverse and educated population. In all things marijuana, from the earliest medical dispensaries through the recreational pot boom the city’s seen over the past two years, Denver has been the laboratory of the Colorado, just as Colorado has been the laboratory of the nation. A successful pilot program in Denver often foreshadows a detailed conversation in Boulder and Colorado Springs, generating the critical mass of public opinion to send ripples across the state.

In that spirit, the initiative is crafted to be common-sense, reasonable and adaptive. This measured approach is credited with garnering the 10,800 signatures that qualified the initiative for the ballot — more than twice the required 4,726. A similar measure, the Denver Responsible Use Initiative, failed to collect even 3,000 valid signatures. Though the two competing measures aimed to address the same issue, they took different approaches. While Denver NORML’s failed Responsible Use Initiative had envisioned a new type of establishment specifically for cannabis consumption, Initiative 300 is focused on defining appropriate spaces for cannabis in the city’s existing business and cultural landscape.

In terms of the ballots to be cast this November, Denver voters will certainly be focused on more nationally important concerns than where they can get high, but there’s little doubt great deal stands to ripple from this stone. On a local level, adoption of a common-sense approach to cannabis consumption will complete the foundation of the post-cannabis industry and economy that are revitalizing Denver. Statewide, it will trigger focused discussions on the place of cannabis in relation to alcohol in our communities. And of course, with the eyes of the nation forever on Colorado, this initiative could prove another historic step in the American public’s relationship with our favorite humble herb.