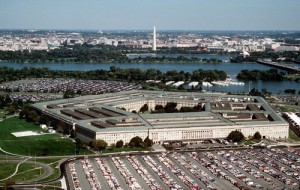 Fearful of Congressional cuts, the Pentagon hid an internal study that found $125 billion in administrative waste, according to reports by The Washington Post. (That pesky Bob Woodward strikes again!) • The day after the Army Corps of Engineers denied an easement across Lake Oahe for the Dakota Assessment Pipeline, a landowner 150 miles away discovered an oil leak. State officials said more than 176,000 gallons of crude oil leaked from the Belle Fourche Pipeline into nearby Ash Coulee Creek without being detected by monitoring equipment. • According to a Colorado Futures Center study, the Medicaid costs for the state’s seniors will grow to $2.33 billion from $1.04 billion by 2030. • The Lafayette Cultural Resources Division moved to The Collective Community Arts Center in the historic building at 201 N. Public Road. The Collective will serve as a collaborative space that hosts rotating cultural and historic exhibits and host lectures and community gatherings • Lafayette’s Nature Kids/Jovenes de la Naturaleza Lafayette (NKJN) program was awarded a $2.8 million grant from Great Outdoors Colorado. The program connects under-served youth to nature and the outdoors. • Mayor Hancock ordered Denver police to stop seizing blankets, tents and other survival gear as evidence as they enforce the city’s camping ban. • Looking ahead to our February Singles Issue, Loveland Ski Area held a Chairlift Speed Dating session up the slopes. • State Rep. Tim Leonard of Evergreen was sentenced to 14 days in jail for contempt of court after continued interference with his ex-wife’s education choices for their children. • Olympic champion Mikaela Shiffrin won her 11th straight World Cup slalom race. • The fire that burned down the Oakland warehouse known as Ghost Ship killed 36 people; the deadliest in the city’s history. • Amid “reports” of its “failure” The New York Times added more than 132,000 paid subscribers during post-election November.

“We want somebody who’s already accustomed to negotiating… Because he’s an oil man, he’s been in Yemen and China and Russia and in the developing world and in the Middle East certainly,” — Kellyanne Conway on Rex Tillerson’s qualifications as Secretary of State.

“As a candidate, Trump’s gas lighting was manipulative, as President-elect it is a deliberate attempt to destabilize journalism as a check on the power of government. To be clear, the “us” here is everyone living under Trump. It’s radical progressives, hardline Republicans, and Jill Stein’s weird cousin.” — from Lauren Duca’s op-ed in Teen Vogue

“The sight of the denier-industrial complex drooling at what they imagine will happen to climate science is actually pretty funny. It’s as if they really believe that the science is ordered up by politicians & changes as often as their principles. Newsflash: It doesn’t.” — Gavin Schmidt, climate scientist and director of NASA’s Goddard Institute for Space Studies.

42.7
Percent of Colorado residents born in the state.
Source: US Census Bureau’s 2015 State of Residence by Place of Birth

750 million
Packages the US Postal Service predicted it will deliver during the holiday rush. It would be a record, up 12 percent from 2015.