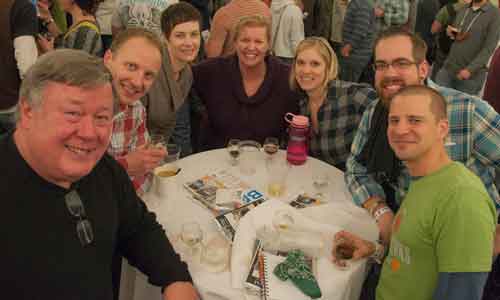 Behind the Bar: Big Beers, Belgians and Barleywines festival 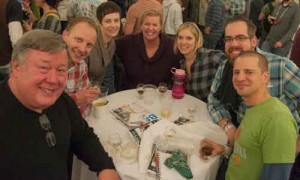 Nothing compares to the Great American Beer Festival in size, scope and prestige. Earning a medal, any medal, there means you’re the real deal and doing so has earned many an obscure brewery national acclaim. But after the GABF, there are only a handful of smaller beer festivals that consistently attract top craft brewers, and their fans, from around the country. Chief among those is the annual Big Beers, Belgians and Barleywines Festival held the first week of January for the past 16 years.

Launched in Vail in 2001 by brother and sister team, Bill and Laura Lodge, the Big Beers fest was an instant success with beer fans and brewers alike. With its exclusive focus on high alcohol (10 percent alcohol by volume and above) brews, the festival was a chance for brewers who revel in creating rich, flavorful, knock-you-on-your-ass, limited production beers to strut their stuff for their competitors (colleagues, really). Spending the week in Vail “working” while also getting to “play” in a world-class ski resort proved to be a popular combination with beer aficionados and brewers alike.

But because the regular venue of the Vail Cascade Resort and Spa was to close, renovate and reopen as a luxury hotel, the cost for the festival grew beyond budget. So the Lodges’ moved the party to Breckenridge’s Beaver Run Resort and Conference Center. And instead of an outdoor tent, as they had at Vail, the entire Commercial Tasting – a three and a half hour long sampling of more than 400 high-octane beers from 150 brewers from around the world – will be held in the Colorado and Breckenridge ballrooms.

The Big Beers festival, like it’s much larger cousin the GABF, sells out fast. But it’s a favorite with beer geeks because of its size. At just under 2,000 people in attendance for the Commercial Tasting on Saturday, the size is manageable. Couple that with the attendance of rock star brewers like Sam Calagione from Dogfish Head, Adam Avery from Avery Brewing, Florian Kuplent from Urban Chestnut Brewing of St. Louis, Chase Healey of American Solera in Tulsa, and on and on.

Equally as popular as the Commercial Tasting are the seminars at the Big Beers festival. Craftbeer.com puts on a stellar craft beer and food pairing seminar with Julia Herz of the Brewers Association and chef Adam Dulye and there are other excellent food and beer pairings available. In addition to food there are cigar and beer pairings, workshops on crazy malts in beers, brewing with exotic fruits and vegetables and “brewery terroir,” looking at how a brewery’s geography plays a role in the flavors of its beers.

For those that are fans of high alcohol beers and who treat them like a fine wine that can be aged, not to mention foodies who are looking for exquisite pairings, this is the festival for you. And to think that you can work off that hangover in some fresh pow makes this festival all the better.