Duly Noted: Do you like music? Thank a Millennial. 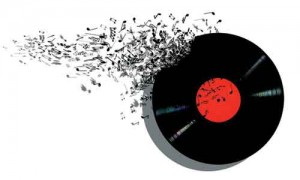 You probably would have had to look for it. A blip in the nonstop coverage of President-Elect Chump’s insane tweets and international diplomacy blunders. You probably scrolled right past it once or twice. But it’s a fascinating piece of news — if a welcome distraction from the handbasket our country’s currently riding into blazes.

The Independent’s headline wasn’t even clickbait. It wasn’t, “We looked at music sales last week and what we discovered was astounding!” or “You’ll be shocked to see what happened in the music industry just now!”

Nope. It was direct and to the point: “Vinyl album sales out-perform digital downloads for first time.”

Soak that in for a second.

Vinyl. That means records. You need an actual record player to even listen to them. It’s like saying, “Horse-and-carriage sales out-performed automobile sales for the first time.”

Except it’s not. Not really.

“The Entertainment Retailers Association (ERA) said vinyl sales earned the record industry £2.4m in week 48 of 2016, while downloads took in £2.1m,” according to the UK-based publication in the Dec. 6 article.

Wanna hear something even more incredible? Record sales are the industry’s fastest-growing segment — faster than CDs, faster than digital downloads, and faster even that streaming services like Spotify. Here’s the summary headline from the International Business Times in March of 2016: “The Music Industry Made More Money Selling Vinyl Than From YouTube Revenue In 2015.”

As a musician, and someone who’s been covering musicians for 25 years, it’s heartening to read this. It doesn’t solve the woes, but it disproves something most of us had started to buy into: People don’t care enough about music to pay for it.

The digital streaming approach has been eroding the value of music faster than a legion of Nickelbacks could ever hope to. The pay-per-play model of one fraction of a fraction of a cent has made it nearly impossible to sustain recording artists. Any hope of making any money means recouping through touring and ticket sales.

It’s easy enough to decry the millennial generation, and generally speaking, we do so too often. But as the largest music-purchasing demographic on Earth right now, it’s apparent their quirks — the very things the rest of us mock — have an upside, and it’s tied directly to their sense of what matters.

What doesn’t matter? Expensive toys. Big houses. Things. Sure, the economy has done a number on their ability to afford these things, but they’ve adapted admirably — to appreciate the things that might matter a lot more. Like experiences. Great food and drink. Travel. Art.

The entire culture seems somewhat organized around reclamation – from shabby chic coffee tables to vintage facial hair styles. And that makes sense when framed against their heavy student loan burden and turning away from the ‘Boomer’s white-picket-fence-in-the-suburbs end game. And if you’re a working musician today, this means that for the first time since Napster dismantled the entire music industry, you’ve got a fighting chance at making a living.

Everything old is new again.