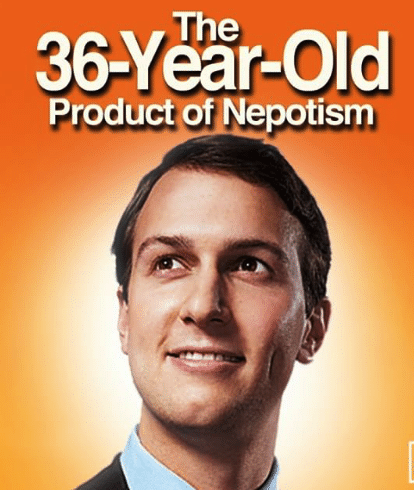 “In their efforts to appeal to the extreme left-wing elements in their base, the Democrats are becoming the party of lawlessness and anarchy.”
This was the lede of the op-ed written by Donald Trump Jr. and published last month by the Denver Post.
True to form, the editorial was divisive, disingenuous and distasteful. In a wandering, self-righteous, hypocritical and inflammatory 835-word rant published on Sept. 21, the First Son lobbed one pejorative after another at the entire Democratic party. Here’s a snapshot:

“The unofficial motto of the Democrat Party now appears to be ‘attack and subvert the laws of the land whenever and wherever possible.’”

“Democrats put on their own protest… marked by a complete disregard for law, order, and basic decency.”

And my personal favorites:

“(The Democrats) … endorse violence against Republicans in pursuit of their political agenda.”

“If you support strong borders or low taxes, Antifa and their defenders may proclaim that it’s righteous to curb-stomp you.”

To contrast, here are a few of President Trump’s quotes:

“Maybe he should have been roughed up.” — from an appearance on Fox and Friends on Nov. 22, 2015 about a Black Lives Matter protester who had been removed from a Trump rally in Birmingham, Ala. the day prior.

“If you do (hurt him), I’ll defend you in court, don’t worry about it.” — spoken at a rally at Macomb County Community College in Warren, Michigan in March, 2016.

“Knock the crap out of him, would you? I promise you, I will pay your legal fees.” — spoken at a rally in Cedar Rapids, Iowa in Feb. 2016

The hypocrisy displayed by the first family — from Melania’s anti-cyber bullying campaign to Jr.’s statements above — is nothing short of exceptional.

But what really sticks out is Trump Jr.’s choice of words here: “…Antifa and their defenders may proclaim that it’s righteous to curb-stomp you.”

The act of “curb-stomping” was foisted onto mainstream American consciousness thanks to an especially brutal scene in the 1998 film American History X. The act itself has long been attributed to violent neo-nazi gangs throughout the world. It’s a thing the fascist wannabes do. Not the anti-fascists.

In short, there was zero merit to Trump Jr.’s diatribe. Plenty of sound and fury, but nothing more than an idiot’s empty tale. And the Post’s choice to run it — much like their choice to endorse Cory Gardner in his Senate bid in 2016 — was regrettable. And that’s as charitable a spin as I can put on it.

Further, it was an act of hubris.

In a follow-up tweet-thread published on Sept. 21, Denver Post Editorial Board member and columnist Megan Schrader defended her choice to run the piece: “…I decided to give the president’s son, who is a political figure, a platform in our paper because if the media is going to combat the false claims that we are blinded by our hatred of the president, we cannot try to stifle the voices of those who support him.”

Except that the act of choosing not to repeat something utterly without merit that was said by someone else isn’t the same as stifling them. Especially when that person as more than 3 million followers as opposed to your 427,000.

Sadly, the Post continues to wither on the vine, thanks to decisions like this one. Maybe it’s simply a lack of experienced leadership, considering the layoffs they’ve endured over the last several years, which is also regrettable. But it’s not the journalist’s job to simply hand a bullhorn over to someone who has a ridiculous opinion, just to prove you’re not “biased.”

Your job is to print the truth.