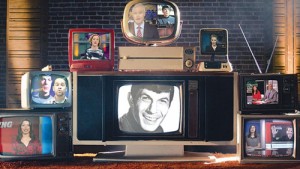 From “For the Love of Spock,” which will show at the Denver Jewish Film Festival.

For those interested in Jewish stories, films from Israel and movies that explore what it means to be Jewish the annual Denver Jewish Film Festival is a must-see. It’s one of the biggest festivals of its kind in the country — and going strong for more than 20 years. Here, Steve Wilson, executive artistic director of the Mizel Arts and Culture Center talks about the history of festival and highlights a few of the many different films at this year’s event.

Yellow Scene: Can you tell us a little about the festival? How long has it been running and how many films can attendees expect?
Steve Wilson: The Denver Jewish Film Festival started 21 years ago. We grew from roughly 1,600 people in 2004 to about 7,000 (attendees.) At times we had 10 or 11 films, but this year we are showcasing 32 films. We have a big chunk of films from Israel — of course, we always do — but this year somewhat larger than usual, so there is a good Israeli presence.

YS: What films are you particularly excited about?
SW: Well, there are two themes this year. One is Unsung Heroes — so, think about stories similar to Schindler’s List. There is one called Persona Non Grata on Japanese Diplomats who actually saved more than 6,000 Jews, helping them escape to Japanese territory. There is another with a Schindler-like focus — The People vs. Fritz Bauer — which is about a post-WWII German attorney general who was trying to get Adolf Eichmann. It tells his story as he had to work sort of illegally with Israel’s Mossad.

YS: What is the opening night film?
SW: For our opening night feature, we have a really fun film for everybody. It’s called For the Love of Spock, and it’s a biography of Leonard Nimoy (Directed by Nimoy’s son), but it’s also about the cultural phenomenon known as Spock. The film is an interesting portrait of a man, but it’s also this phenomenon that he created that he didn’t mean to create.

YS: What other themes have you seen in the festival this year?
SW: We have some really intense portraits of women this year. Check out Women’s Balcony which is about women in a balcony in a synagogue — in the separate area for women — the balcony collapses and it’s sort of the political struggle between the women of the congregation and the men of the congregation led by a new Rabbi. Really an interesting exploration of women in that movie. Then there is a documentary called The Last Laugh, which asks “Can the Holocaust be funny?” Of course, that sounds a little weird but you will see in that documentary every single Jewish comedian in the last 50 years, including Mel Brooks, Carl Reiner, Sara Silverman and more. It’s a great exploration which has one of my favorite jokes (which is a Holocaust joke) which you will have to wait and see.

Tickets and information on the 21st Annual Denver Jewish Film Festival is available at maccjcc.org/film-festival.