Cuisine: Kombrewhaha Fermenting the Next Colorado Craft is Full of Regulatory Fights 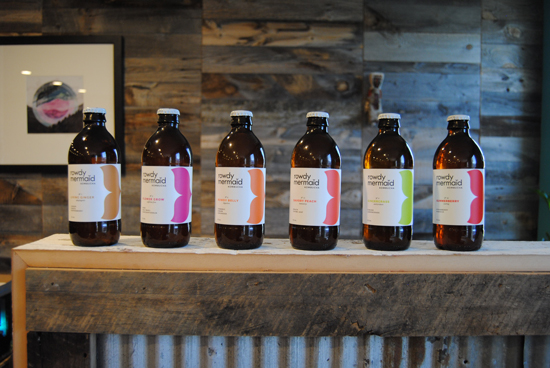 Fermenting the next Colorado craft is full of regulatory fights.

Kombucha is an ancient drink in the midst of a modern boom, yet local brewers are fighting uphill against regulations and taxes to produce what is essentially a health drink.

The fermented yeast and bacteria in kombucha creates alcohol, often more than one whole percent, which is enough to trigger a federal excise tax. That’s a problem for burgeoning kombucha brewers who have been taxed — or temporarily shuttered — by the Alcohol and Tobacco Tax and Trade Bureau (TTB) for exceeding the .5 percent alcohol by volume threshold.

In February, legislation was introduced bump that limit to 1.25% to give brewers more wiggle room. The bill, sponsored by Sen. Cory Gardner, Rep. Jared Polis and Rep. Scott Tipton is titled “Keeping Our Manufacturers from Being Unfairly Taxed while Championing Health Act,” or KOMBUCHA Act. “Kombucha is the fastest growing beverage category in the United States,” Polis said in a statement. “By taking kombucha out from under alcohol in the tax and regulatory code, we can help a new industry grow throughout Colorado and across the country.”

Last year, Colorado kombucha brewers generated an estimated $20 million in sales. Evidence of growth in the market is evident at Boulder’s Rowdy Mermaid, which added 6,000 feet to its production space in March. “We’ve grown exponentially since 2014 in Boulder, in particular with wholesale,” said Rowdy Mermaid’s founder and CEO Jamba Dunn. ”And we’re teaming up a little more heavily with Whole Foods and Natural Grocers.”

Dunn is on the committee advising Polis with legislation and expressed frustration with TTB’s standards. He points out that kombucha and beer are different, in the way they are produced and processed by the body, and he’s sought to find a testing standard that isn’t based on grain alcohols. ”Polis asked them to step back from shutting down more while they look into these distinctions and the feds said no.”

To stay under the .5% threshold, Dunn said big companies must invest in expensive equipment for filtration and ethanol reduction. “It is so difficult to get to those levels of low alcohol, because you are talking about less alcohol than is extent in a ripe orange,” he said. And the companies that can spend millions on equipment and standardization stand to gain as federal regulators clear shelf space for them by clamping down on smaller brewers. Dunn has heard murmurs that Big Soda and InBev are eyeing kombucha companies to absorb.

If only we could challenge federal regulators to get drunk on the stuff. Unlike grain alcohol, the live cultures in kombucha help the body quickly process the miniscule amount of alcohol in it. The closest they’d come to a buzz would likely be from overhydration.

Adding a bit more frustration to mix is the fact that Rowdy Mermaid sought for years to serve a more alcoholic kombucha. The brewery made waves in the industry, potentially pioneering a new niche, by serving a brew in its taproom that came in around 5% ABV. “When we first started business, we knew we were going to do alcoholic kombucha sowe applied for the license. Unfortunately, after three years, we were still no closer to getting a licence and were put on permanent hold.” Dunn said only guy at the TTB who was versed in kombucha quit, and so nobody at the federal level knew enough about the variables of sugar and yeast in kombucha to try and regulate it.

He credits Jared Polis for reaching out to the TTB to help Rowdy Mermaid get its license for alcoholic kombucha. “And yet, when you hear the feds talk about the alcohol issue with kombucha they always say ‘you should just get a license, do it legally and pay us our taxes,’ but we know that that’s not necessarily possible. There’s not making it easy in any way whatsoever.” That high-torque version has since been put on hold since it was just one more regulatory hassle. It won’t be available on site when the taproom re-opens, though may reappear elsewhere.

Boulder-based kombucha brewers like Upstart and Rowdy Mermaid face local challenges, too. The “Sugar Tax” approved by voters in November was sold as a way to hit “Big Soda,” but was worded to include any beverage with sugar as an ingredient, including kombucha. Voters, and the legislation, don’t differentiate between sugars created in a living probiotic beverage and that of a high fructose corn syrup. That’s kept local brewers, and their lawyers, busy.

Boulder’s craft culture and permanent health kick provide plenty of demand for local kombucha, and yet taxes and regulations are giving out-of-state and bigger brewers the upper hand.