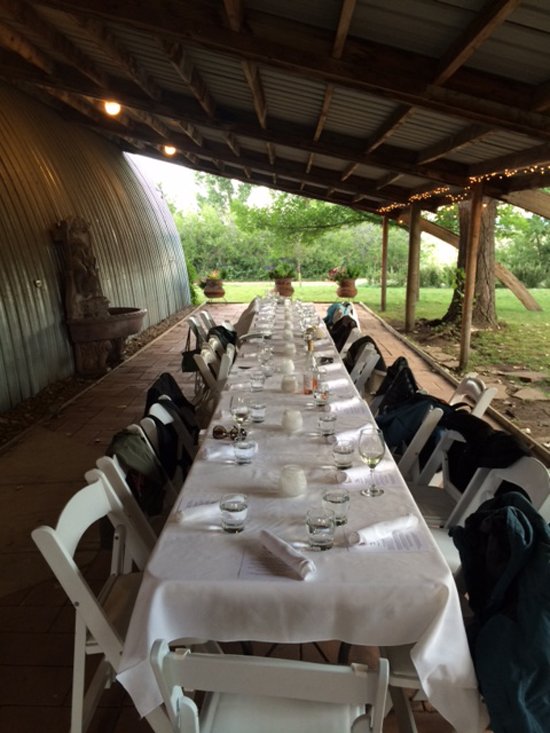 If you’ve never been to a farm dinner, you’re missing out on an event that highlights the warmer months with a bounty of fresh food. A long table with folding chairs set slightly uneven on grass: that’s the kind of atmosphere restaurants just can’t replicate. The farm setting and communal dining drive home the connection to our food and each other.

Boulder County is home to several farms and talented chefs who help promote the seasonal fare. Each dinner will offer a unique menu, but in general, the main difference is in the execution of the event and the menu. In fact, there’s a fair amount of overlap among farms, chefs and venues, so spread the love.

Dinners usually begin with a happy hour for guests to meet and mingle — and to provide a buffer for latecomers. The long table setup adds to the social dining experience, and there is enough time between courses to get to know your neighbors. Venues tend to outsource the alcohol to vendors or volunteers and a portion of bar proceeds assigned to a nonprofit. Other times, they bring in bartenders who can extend the farm-to-table theme with beverages that highlight seasonal ingredients.

Farmer Girl dinners keep a low profile and emphasize the food. Tim Payne, chef and owner of Farmer Girl opened his Lyons restaurant in Feb. 2016, but has been a regular at farm dinners since 2009, representing Terroir, his former Longmont venue. He rotates dinners among farms that partner with the restaurant, yet makes a few appearances at other venues. The “vegetable-centric” menu is low-maintenance and works well in all seasons.

Payne considers the dinners more of an offshoot of his restaurant, rather than a profitable enterprise. “It’s pretty stripped down and we really try to promote the farm, and let the farmers actually talk,” he said. “We do it as a way to connect our guests and customers with where we source our produce.” Each farm can explain its organic and sustainable practices, as well as show off their CSA or farm stand programs.

The Farmette hosts dinners and craft workshops throughout the summer. Guests enter the Farmette’s seven acres via a small wooden bridge over a meltwater creek, providing a cooling, calming transition from a hot summer day. There is usually a happy hour to let guests mingle and explore the gardens, beehives and say hello to the friendly alpacas. The dinners are usually based on a theme and executed by a local chef, such as Blackbelly’s Hosea Rosenberg, and often divert a portion of the bar or table profits to a charity.

While produce and protein are at the focus of farm dinners, accenting them with a seasonal and fresh cocktail is a crowd pleasing options. “We use produce that is available from local farms whenever it’s an option and use fresh-squeezed, fresh-juiced, organic ingredients whenever possible,” said owner Crystal Sagan. Formerly 3 Chicks Bartending, the Cocktail Caravan bartenders have extended their charm with the addition of Lolita, a vintage caravan renovated to into a mobile bar. While still happy to serve fresh cocktail from any bar setup, the mobile bar adds to the ephemeral feel of pop-up events.