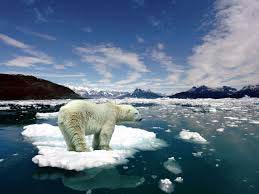 On Saturday morning, May 20, the bodies of John “J.P” and Elizabeth “Stacy” Farrar and their four-year-old son Ian were found in their Erie home at 1973 Gordon Court. Police believe John Farrar stabbed his wife and son to death before fatally shooting himself. One person was killed and three injured in an explosion near Mead on May 25. The blast was reportedly triggered as Anadarko Petroleum Corporation workers performed maintenance on an oil tank battery. The company is also under investigation for owning a well implicated in an April 17 explosion that leveled a Firestone home, killing homeowner Mark Martinez and his brother-in-law William Irwin III. Adams 12 Five Start School District teacher Erin Martinez, Mark’s wife was left in critical but stable condition. Firestone Police, the Colorado Bureau of Investigation, and other agencies are investigating. Boulder County’s latest fracking moratorium expired May 1, a week after the massive Firestone blaze The nation’s capital has been in a tizzy since President Donald Trump’s abrupt firing of FBI Director James Comey, who was heading up an investigation into the relationship between Trump and his associates and the Russian government. Former FBI director, Robert Muller, was appointed special counsel, while multiple congressional committees continue to conduct their own investigations. New revelations continue on a nearly daily basis. The “I” word – impeachment – is being heard around town. On a lighter note, Erie’s Historic Downtown Entertainment District opened May 18, where visitors to the Erie Farmers Markets and the Downtown Neighborhood Block Parties can now buy alcoholic beverages from participating establishments in the “Common Consumption Area.”