Sunday was a momentous night at Boulder’s pub-fixture the West End Tavern. The establishment celebrated its 30th anniversary: three decades of great beer, whiskey, BBQ, and other great dishes. But, to be honest, the momentousness derived more from a separate occasion: the possibility of crowning a 100th Wing King. 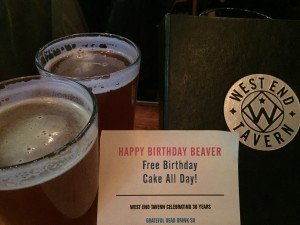 The Wing King is a wing-eating contest that West End Tavern has been running for years. Competitors face off, each with his or her own bucket of 50 wings in front of them. They have 30 minutes to finish all of them, and the first person to do so is crowned Wing King, a title which earns them a picture on the wall (until they are dethroned by the next Wing King) and a substantial number of free wings for the coming year. There were 99 prior wing kings before Sunday night, and if anyone succeeded in finishing their 50 wings in the 30 minute time window, she would become the last ever wing king and the event would be discontinued forevermore. However, should no one finish 50 wings in 30 minutes, their would be no heir to the throne crowned.

In West End Tavern’s early days, anyone could come in at anytime and attempt the Wing King challenge. But eventually it became too frequent, and too much of a distraction to unwitting diners. Wing King became an event only held on special occasions.

Sunday night was to be a head-to-head competition. Two individuals in their twenties—one girl, one guy—would duke it out. The strategies employed were different but both gave it their all. In the end, after some of the most disturbing and brilliant displays of mass eating I’ve ever seen (to be fair, I’ve never been to any other competitive eating events), both participants came up short.

The “Wingmaster” in charge of the competition, clearly disappointed at the lack of a winner but thrilled at the excitement in the room, said into the microphone, “We’ll see you in 365 days, folks.” So the 100th Wing King will have to wait for another year at least. Do you have what it takes? 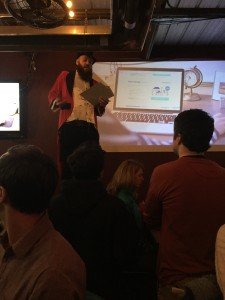 Check out the West End Tavern, at 926 Pearl St, Boulder, to mull it over with a beer.