We’re rolling out some pretty rad whiskey & beer events at West End Tavern this month, both in support of Safehouse Progressive Alliance for Nonviolence (SPAN). More details on the Rye In July Rooftop Tasting and Jul-IPA Rooftop Party are below. 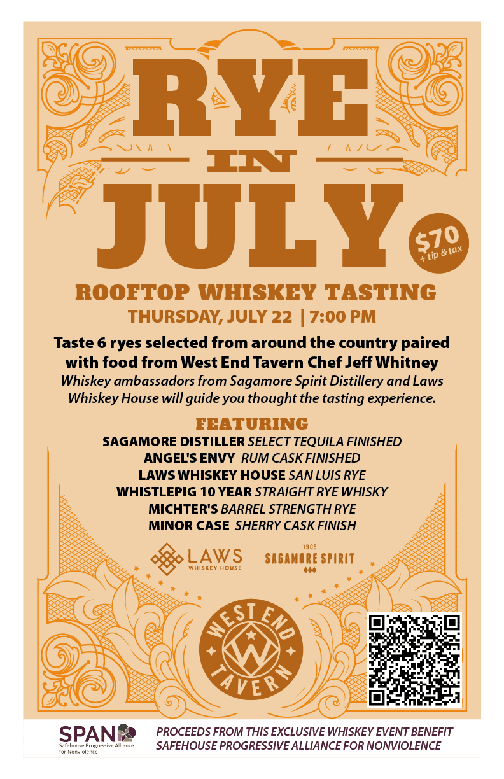 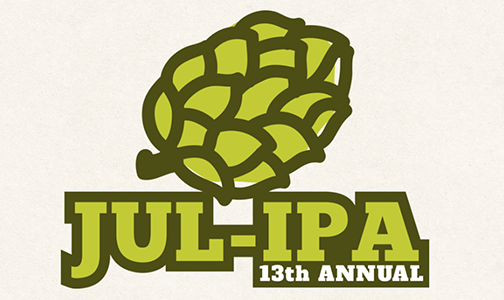 West End Tavern’s annual celebration of the illustrious IPA is back in full swing this year! Tickets are $35 per person and include entry to the rooftop party, access to the live auction, food from the West End Tavern, live music, IPAs from 10+ badass breweries (including Dogfish Head Brewery, New Image Brewing, Bootstrap Brewing Company, Horse & Dragon Brewing Company, and others), and whiskey tastings from Sagamore Spirit Distillery and Breckenridge Bourbon.

Bonus: Stop by the Tavern all month long to sip rotating IPAs from participating breweries and ask your server about making a contribution to SPAN’s anti-violence efforts. $5 pays for a ride to SPAN’s shelter, $10 covers one crisis line phone call, and $15 feeds a survivor and their child for one meal.

SPAN is a human-rights organization committed to ending violence against adults and children through support, advocacy, education, and community organizing. SPAN began providing services in 1979 and is crucial in supporting Boulder County’s vulnerable and at-risk populations with safety-net services. Learn more at safehousealliance.org

West End Tavern has been Boulder’s tavern deluxe since 1987. Located on bustling Pearl Street, the kitchen specializes in barbecue and home-style American cuisine, while the historic bar offers more than 75 bourbon selections, handcrafted cocktails, and 25 taps of craft beer. Cozy into a wood booth or grab a seat on the rooftop patio and enjoy one of Boulder’s best bar scenes. Learn more at thewestendtavern.com