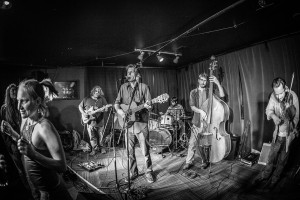 Sure, they have instruments like a stomp box and a musical saw and a washboard, but that doesn’t mean you should write them off out of hand as another one of “those bands,” that seem to be trying really hard to define the “Colorado sound” for the rest of us. Truth is, Elephant Revival’s a band built from the best parts of Americana, cut with a strain of Celtic harmony that elevates this group above the rest of the also-rans. The sextet’s been around more than a decade, survived a harrowing bus fire, and released six albums, culminating in 2016’s Petals, arguably their best outing to date.

Catch them Nov. 30 at Boulder Theater at 7 p.m. Tickets are $35+, bouldertheater.com for more information.

Recognized as Westword’s best country artist of 2016 and the Colorado Daily’s best local group of 2017, the Gasoline Lollipops have built no shortage of momentum heading into what might be their best year yet. They may not be in the same pew, but they’re definitely from the same church as Slim Cessna’s Auto Club, a perennial Centennial State darling. Which isn’t to suggest their sound is copycat — it’s anything but, marked by Jeb Bows’ virtuosic fiddle playing and Clay Rose’s sharp-edged, soaring vocals. They’re arguably one of the best acts to come out of Boulder in a while, so catch them now before ticket prices soar and they start selling songs for ice tea commercials.

Beauty and the Beast at Candlelight Dinner Playhouse

Bring the family to the theater when Candlelight Dinner Playhouse presents the family favorite Disney’s Beauty and the Beast. The timeless tale brings Belle’s adventures with the enormous Beast, the evil Gaston and the myriad townspeople, dancing flatware and singing furniture to life on one of Colorado’s most beautiful stages. Enjoy dinner and a show, complete with the actors serving you at your table. 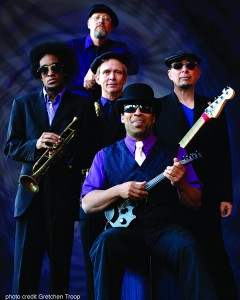 Chances are you’ve already got something lined up for New Year’s Eve, but have you given much thought to New Year’s Eve Eve? If not, may we humbly recommend heading out to Nissi’s in Lafayette where the best fiddle-fronted blues band in Colorado plays host to your festivities. The Lionel Young Band’s no stranger to Nissi’s stage — they’ve been at it for decades — but they rock the blues with the high-energy enthusiasm of a band half their age.

The Arvada Center for the Arts and Humanities brings another Broadway smash hit to its stage with the upcoming Joseph and the Amazing Technicolor Dreamcoat. The perennial favorite is sure to be powerhouse production of one of the most popular musicals of all time. Featuring the classic biblical story of Jacob, Joseph and his 11 brothers, this Andrew Lloyd Webber/Tim Rice rock musical includes hits like “Any Dream Will Do” and “Close Every Door.”

Check out the show on Nov. 22 at 8 p.m. Tickets start at $20, ClocktowerCabaret.com for more information.

As much as Boulder embraces the arts, finding a decent comedy show can be a bit of an uphill battle. Enter The Boulder Comedy Show, the People’s Republic’s longest-running stand-up showcase, holding court twice every Sunday night (7 and 9:15 p.m.) for around 4-and-ahalf years at the Bohemian Beirgarten, 2017 13th St, Boulder. Hosted by local cut-up Brent Gill the Boulder Comedy Show features top local and national touring talent every week, and is arguably the most committed comedy show anywhere north of at 104th.

Check out BohemianBiergarten.com for more information.

Every Christmas Story Ever Told at Dairy Center for the Arts

If you’re tired of another annual viewing of A Christmas Carol and you’re looking for something a bit irreverent for your holiday-themed entertainment, Boulder Ensemble Theatre Company has just the show for you. Every Christmas Story Ever Told (And Then Some) pokes fun at all your favorite holiday classics. From Rudolf to The Nutcracker, no holiday story will be left behind. This is not one of those family friendly holiday classics that are so common this season. In fact, you should probably leave the young ones at home and bring a couple of friends instead.