Tales of the Northern Coal Field: Mornings at the Monarch 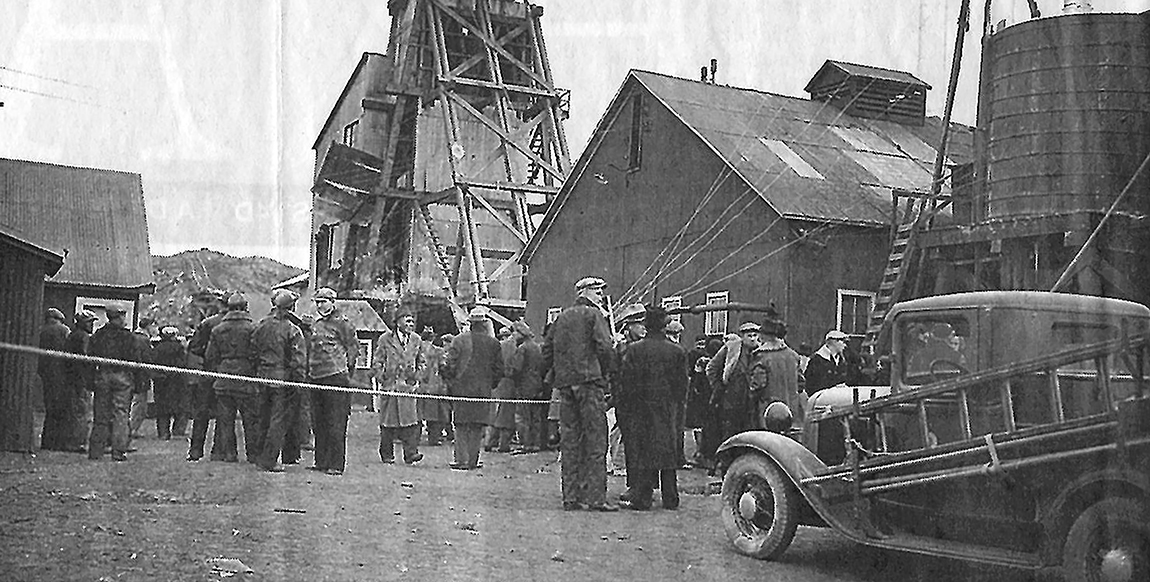 January marks the anniversary of the Monarch Mine explosion, the worst accident in local mining history. The Monarch Mine was located two miles south of Louisville, and was one of the longest-running mines in the region.

The Northern Coal Field was no stranger to accidents. Lafayette’s first mayor, Thomas J. Miller, died at the Strathmore, a mine where he was superintendent. The founder of the Rocky Mountain Fuel Company was killed at his company’s Vulcan Mine. In the 1900s, Lafayette’s Simpson Mine had a cave-in, damaging Simpson Street. Mine owner John Simpson appeared before Lafayette City Council, and asked who was going to fix the roads.

In the early 20th century, coal mining had a mortality rate of nearly 300 per 100,000 workers. The most dangerous job in America today, logging, has less than half the number of deaths. Coal miners could be killed by falling rock, electrocution, runaway mine carts, a kick from a mule, getting a rope caught around their neck, or suffocation.

The flammable gas produced by coal made fires and explosions were a constant threat. The earliest coal miners worked by candlelight, and later oil lamps, with flames six inches long. These flames could contact pockets of gas near the ceiling of a coal room. Even when safety lamps, and electric headlamps were adopted, the spark of a mule’s horseshoe against the mine cart’s track could ignite a deadly conflagration.

The Monarch Mine was rocked by such an explosion on January 20th, 1936, at 6:20 AM. Two men escaped through the air shaft, and eight were trapped underground. The blast could be heard for miles, and caused massive damage to the mine’s surface buildings.

It took hours to reach the trapped miners. The Monarch’s shaft was 375 feet deep, and the rescuers had to use an entrance nearly a mile away. By the time rescuers reached the miners, they were dead. Seven bodies were found, with the body of Joe Jaramillo still missing. When recovery of Jaramillo’s body looked hopeless, with no chance he had survived, the National Fuel Company paid his widow a large sum of money to end the search, and resume mining.

Today, the Monarch Mine is all but forgotten. A memorial to the miners who died can be found in Broomfield’s Frank Varra Park, along the US 36 Bikeway. Louisville’s Monarch High School gets its name from the mines. The body of Joe Jaramillo was never recovered, and lies buried in the Monarch’s tunnels, far below the Flatiron Crossing Mall, to this day. 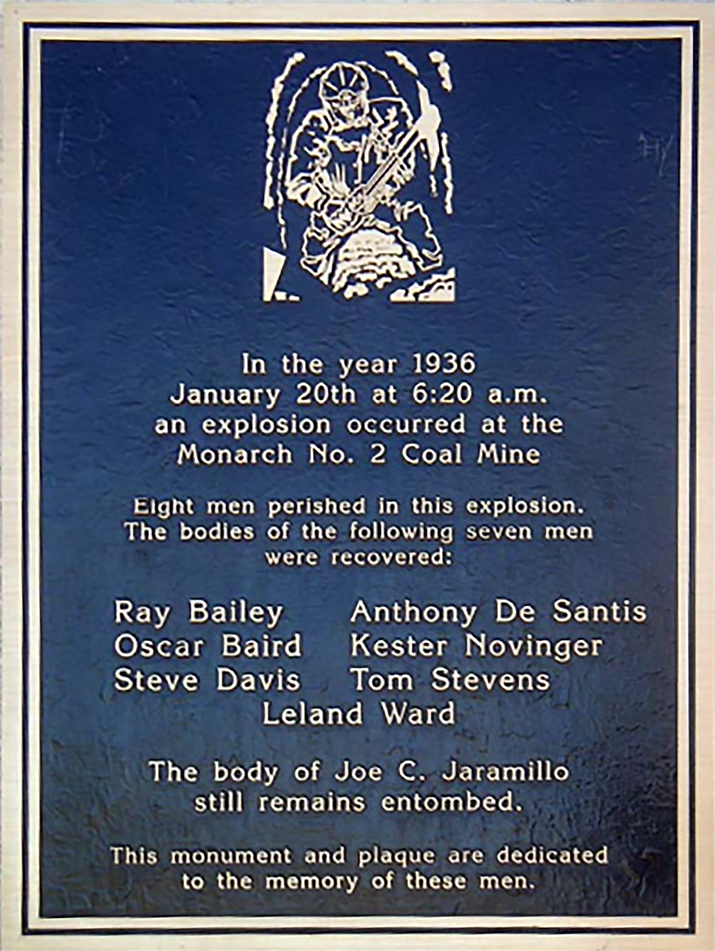