Tales of the Northern Coal Field

The sun sets over the Rockies, the Lafayette Power Plant comes to life. Men shovel coal from the Simpson Mine into a raging fire. The endless mine tunnels have swallowed up most of the city’s well water, but there is enough to pump into the plant boiler. 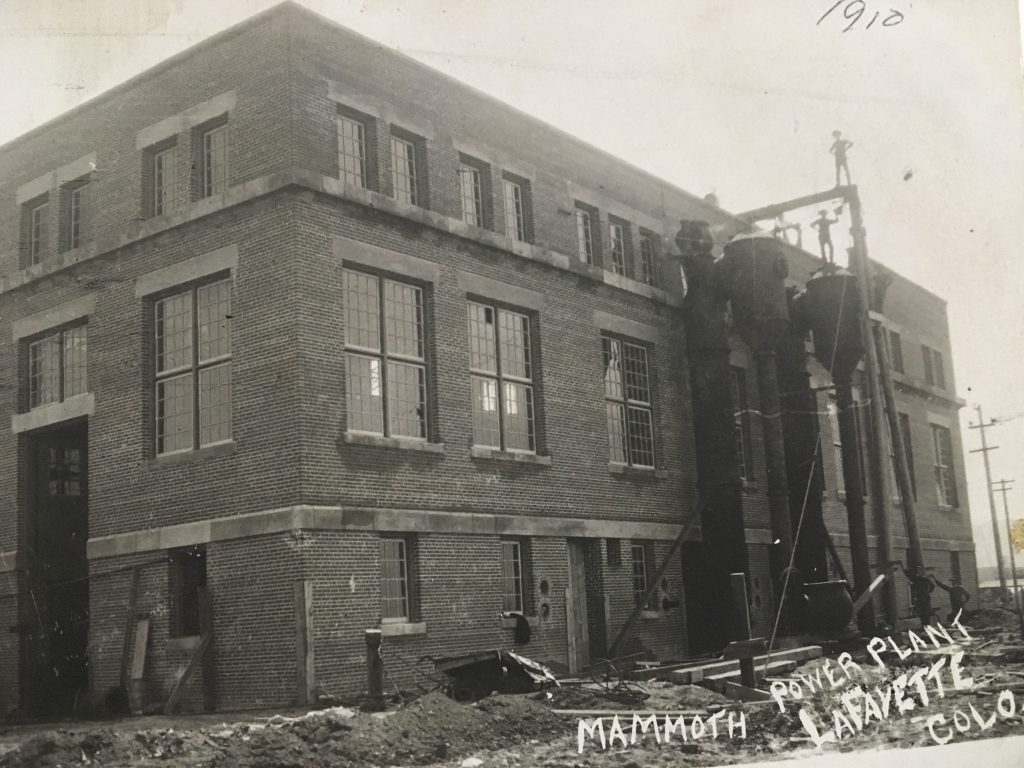 A man climbs to the plant roof and looks west. Beneath him, the boilers turn well water to steam, and steam, by way of turbine, into a Direct Current. He does not wait long before he sees a light in the distance, sitting atop the Distel Farm windmill. He heads back inside. Light on the windmill means the connection to Louisville is working. The location is between Emma and Chester streets, the time is 1893.

Lafayette was the first city in the region to have electric lights, provided by the abundant coal from the Simpson Mine. Houses with electricity had a single light bulb in the ceiling. The lightbulb operated from 5 AM to sunrise, and from dusk to 10 PM. The plant replaced bulbs for free.

The Lafayette Power Company struggled to operate. Extensive mining absorbed all the surface wells in town, and hauling water in for the boilers proved too costly. The company even considered using the Simpson Mine’s own generators for power.

In 1902, the company was bought out by Western Light and Power. Their ambitions called for a far bigger plant than the Emma Street station. For eight long years, amidst construction delays and financing gaps, they built a new power plant east of Lafayette. It sat along the southern shore of what is now Waneka Lake.

The new plant was a technological marvel, the most advanced plant between Chicago and Ogden. Its cooling fans were showcased at the St. Louis World’s Fair in 1904. The plant produced 11,000 volts, powering cities as far-off as Greeley, and serving as the backup plant for Denver. Coal was supplied by two mines along the lake.

The Lafayette Power Plant supplied power to another entity: the Interurban Railroad. This electric, passenger rail line ran from Denver to Boulder, with a spur to Eldorado Springs in the summer. 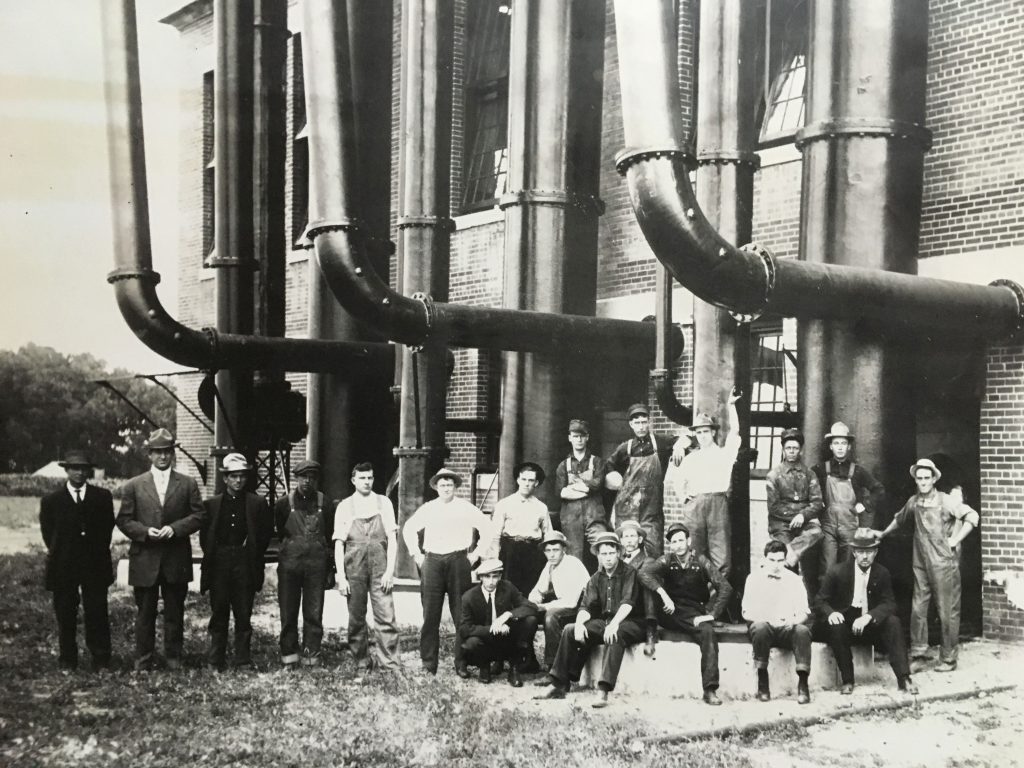 The Interurban was a boon to local coal miners. No longer was a miner limited to mines within walking distance.

If the Interurban brought success to the plant, it was also the plant’s undoing. The Interurban came to an end with the Labor Day rail disaster of 1920. Over a dozen passengers were killed when two trains collided along the line. Years of lawsuits and settlements followed, the Interurban was finished.

By the end of the 1920s, the Lafayette Power Plant was obsolete. A new plant on Valmont was opened, and is still operating today. The Lafayette plant was kept on standby up until 1948, and was demolished four years later.

If you look south from Waneka Lake’s boat house, you can still see the giant clinkers from the coal plant’s furnace. Next to the basketball court, the soil turns black, remnants of the plant’s coal mines.