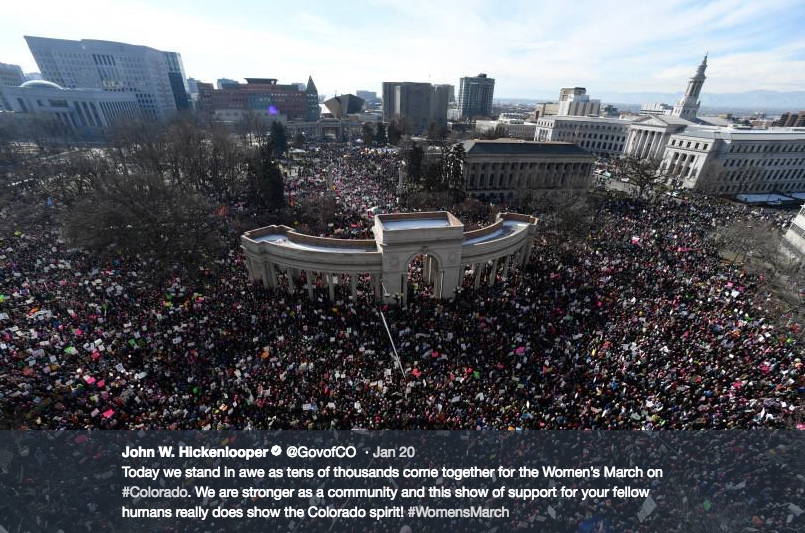 Let’s start with good news. National Geographic Traveler named Boulder one of their 29 “Cities on the Rise”, aka Best Small Cities in 4 out of 10 categories (Hipster Friendly, Musically Grooviest, Most Caffeinated, Sudsiest). Shout out to us. Boulder County is facing a police officer shortage, though some prominent local activists have pointed out that we still have officers that need to be held to account for crimes on duty if we want to attract a good new pool of officers. An SF Judge preemptively barred the Trump administration from ending DACA, a program that has protected nearly 700,000 young, undocumented immigrants from deportation, saying the government had offered “no reasoned explanation” for its termination, causing celebration in many local schools & universities. The DOJ is appealing. A woman and her 5 dogs escaped a fire that began in her wood burning stove, leaving firefighters to grapple with ice and snow to fight it. Be careful on those cold nights. Denver’s annual MLK Day Marade was one of the biggest in the nation, in spite of early freezing rains and morning snow, as thousands braved the weather to continue the fight for equality. HB 17-1081 (Regulate Oil and Gas Operations to Protect Public Safety), which codifies Martinez v. COGCC and requires the protection of the health, safety and welfare of people and the environment over the permitting of oil and gas activities, was scheduled for a hearing on February 1. President Trump was checked out by his doctor, the first of his presidency, and was declared in “surprisingly good health,” but was called out as fake news on social media and the late-night TV circuit. The government shut down on the one year anniversary of Trump’s election, a testament to the political skill of the GOP and the deal making prowess of President Trump. It was the first such shutdown by our government when a single party controlled all areas of government (presidency, House of Representatives, the Senate, and the Supreme court), which didn’t prevent the president of Speaker Ryan from laying the blame on lame duck Democrats. The government reopened on Monday, January 22, after a 3 day shutdown where even the Statue of Liberty went dark. Trump gave his first annual State of the Union address where, for as low as $35, you could have your name appear during the live-stream on his campaign website. Politi-fact rated 70% of his statements as some level of false. Presidential.