In a state that took some of the earliest steps towards minimizing the impacts of drugs-as-crime in our commuities, it’s a shock to see reports that the Colorado War on Drugs continues at an alarming rate. The Colorado Criminal Justice Reform Coalition reports that, “a surge in drug felony filings — mostly for simple possession — is driving demand for prison beds and having a disproportionate impact on women.” You read that correctly. Colorado is disproportionately locking the ladies for simple drug possession. The surge is part of the heavy handed response to non-marijuana drug possession instituted under Senate Bill 13-250, which created a “new stand-alone framework for all drug offenses and took effect on October 1, 2013. Previously, drug crimes were classified alongside other, nondrug-related misdemeanor and felony crimes.”

According to the CCJRC Special Report, dated March 12, 2018, “the Colorado General Assembly is considering funding requests from the Department of Corrections for multiple prison expansion plans, which could add more than $30 million to a budget that is rapidly nearing $1 billion for the first time in Colorado’s history. An analysis of state court and prison data finds Colorado’s war on drugs is a major driver of the DOC’s ‘need’ for more prison beds, and it is having a particularly dramatic impact on women. Drug felony filings have increased sharply in judicial districts around the state — the vast majority of which have been for simple possession — resulting in an increase in the number of people being sentenced to prison, especially women. As a result, Colorado’s prison population is projected to grow for the next several years, and the DOC, which initially asked the Legislature for $922 million for FY 2018-19, has requested additional funding to reopen two closed prisons: $18.8 million for Colorado State Penitentiary II in Cañon City, and $12.3 million for Huerfano County Correctional Facility. Reopening prisons to, in part, accommodate an influx of low-level drug offenders is the opposite of what the General Assembly envisioned when it enacted Senate Bill 13-250 in 2013. The legislation was intended to comprehensively reform state drug laws in order to reserve prison beds for high-level dealers while prioritizing treatment and community supervision for individuals charged with possession. Five years later, it is clear that it did not go far enough.”

Classifcations of Drug Felonies and Drug Possessions, via SB 13-250: 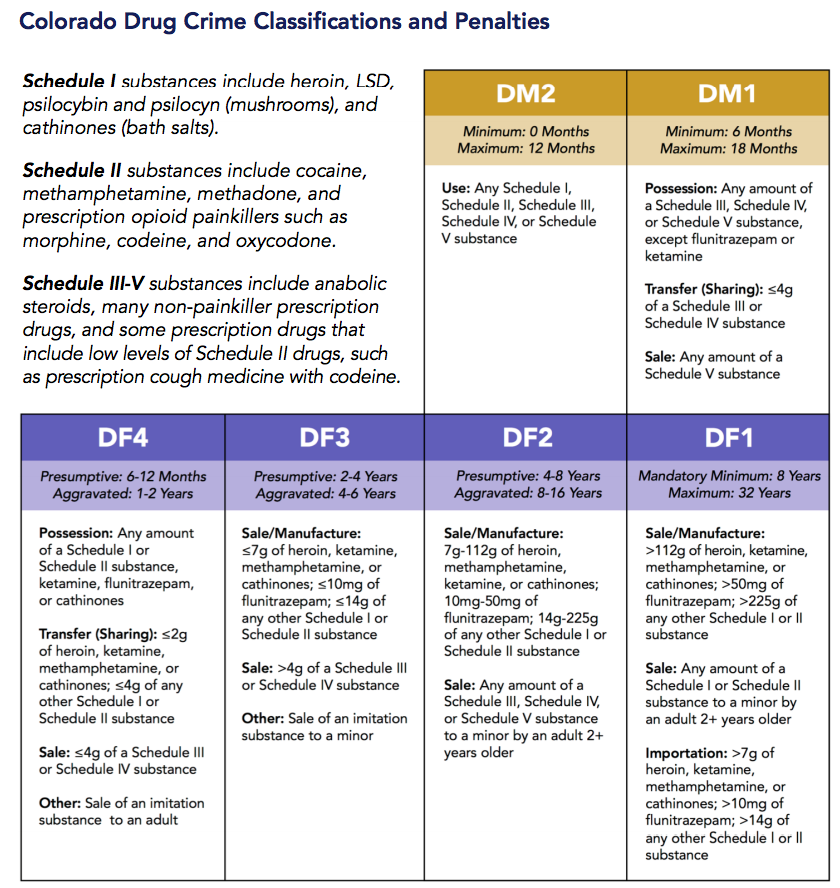 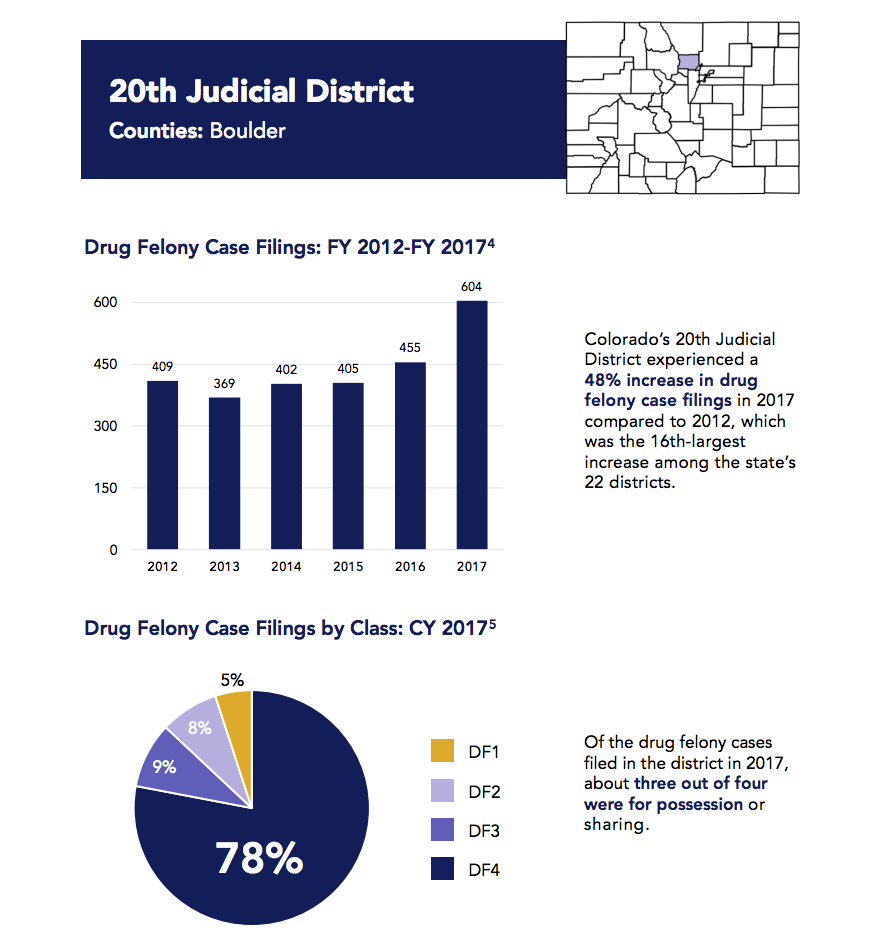 Meanwhile, budgets for the Colorado Department of Corrections are surging parallel to increased arrest, conviction, and incarceration rates predicated on this hieghtened criminalization approach. Where Yellow Scene Magazine advocates for many methods to address the health crisis drugs present, further criminalization and incarceration is not one of them. Read our report on the opiate crisis here. 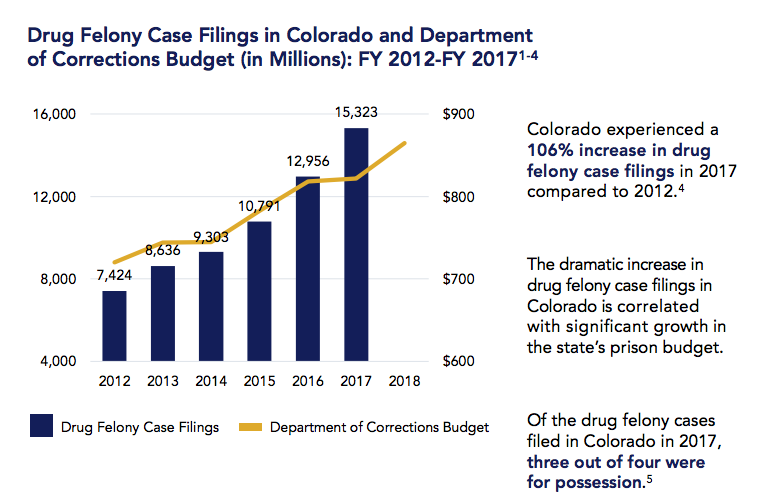