Quest For The Governor’s Desk, Part I: Lopez v Polis

*These interviews have been edited for length and clarity 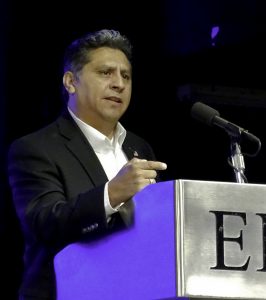 I’m an individual that embraces the American dream. I’m a hard worker. The things that my parents taught me was to be compassionate and have integrity, to make sure I don’t do anything that would disgrace the family name, and help people any time I can. I think one of the reasons that people should look at making me the next governor of Colorado is because I have a very thorough understanding of what it takes to create a community and do the things that are important for a state. When I was mayor, I was also the city manager. All the ins and outs of transportation and zoning, economic development, regional development, those types of things. More importantly, I care. I care about the future. And I care about people. I just want to make sure that we provide an opportunity for everybody to lead the American dream. There are 64 counties, and it’s important for the governor to understand that the people that live in Montezuma and Cortez are just as important as the people that live in Denver and Aurora. There’s a lot of serious issues that I think the governor needs to make sure to improve.

If it was easy, people would have solved it by now. One thing I’m looking at is the ed system. We’ve been telling our [kids] that they have to go to college. There’s a lot of young men and women that can’t go to college, but if they work hard they can provide for their families. I plan to look at the state budget, [work] with small business, the small business development centers, streamline regulations…

There’s got to be more transparency. We don’t know why the doctors or hospitals are charging the rates that they’re charging. Everybody should be able to afford healthcare. Medicaid is a means by which we pay for healthcare, and so we need to look at that. I believe that the private market, that competition, will bring prices down. [Evaded question on Transgender healthcare rights, is anti-abortion.]

[Priority] would be with trades [trade schools]. To improve the system.I believe the parents truly know what’s in the best interest of their children. But I believe that the public education system does have value. Education is designed to help young minds contribute to society. [Evaded question on the legitimacy of public school dollars being funneled to private and religious schools, which he supports.]

[Would repeal the high capacity magazine ban. Supports firearms in schools.] What we’ve lost is the value of human life. People are out there treating human life like it doesn’t matter. It’s not the gun causing harm. It’s the person behind it. There’s a lot of mental health issues, people struggling. We should all cherish life. I’m a firm believer in the 2nd amendment, because [it’s] designed to protect us from our government.

Everybody has a different definition of safety. Accidents happen. You learn from those, tighten up processes [&] procedures. I [wouldn’t] say that the O&G industry is being unsafe. They’re doing everything they can from the standpoint of regulations. Most of the times, these O&G minerals rights were there before development encroached. We need a diversified energy system; includes solar, wind, bio, and O&G.

I don’t know if I have my hand on the pulse of what’s causing this [crime] spike. I think that by having dialogue with the community leaders, our men and women in uniform, and really looking at the economic vitality of these communities, so that people can have hope, have a good vision for their future. We should never be spending a billion dollars to incarcerate people. [Open to view of drug use as health issue.]

Sanctuary cities are saying, ‘If the federal government is asking us to hold somebody because they believe that they’ve created a crime or they just need to question them, that the jurisdiction would say, ‘We’re not going to do that’. I do not support sanctuary cities. We have to follow the rule of law. I would defund sanctuary cities. I’m in favor of protecting our borders and I am in favor of the wall. 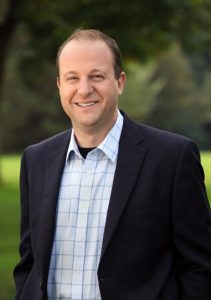 I’ve started a number of companies. I started the biggest online flower company [and] a couple of other companies along the way.  Then I helped other entrepreneurs. I co-founded ‘TechStars’, which helps and mentors [people] about to launch a company but need the support to be able to raise capital. I started a nonprofit called ‘Patriot Bootcamp’ to help returning veterans start companies and be self-employed. Then I applied my entrepreneurship to education and I started a couple of schools. I ran one as superintendent, New America School. I co-founded a school for homeless youth in Denver, called Academy of Urban Learning. I’ve been really excited to bring that entrepreneurial spirit of innovation to education, which needs thoughtful new ideas and new ways of doing things to serve kids who are just falling through the cracks.  And then, the last ten years, I’ve been honored to serve Colorado in congress, where I worked closely with President Obama to pass the Affordable Care Act, to replace No Child Left Behind, and then the last two years, taking on Trump, trying to protect our Colorado values and our way of life.

A big part of my platform is offering free full-day preschool and kindergarten to every family in Colorado.  It’s hard for families to live anywhere near where they work, especially if they have young kids.  We need more affordable housing opportunities and we need better transit.  We have a plan to bring high-speed internet connectivity to rural Colorado.  When I talk about infrastructure, it’s not just moving people.

The most important thing is universal pre-K/Kindergarten so every family gets a strong start.  And then affordable higher ed, which can include four year universities, but also means community college, apprenticeships, [&] skills that help you get a good job. We need to compensate educators better; affordable housing for teachers. And of course, better compensation by providing more resources to our public schools.

The answer is not more guns.  We should have a discussion around improving gun safety measures.  How can we make sure that domestic abusers who have a temporary restraining order can’t access their guns.  How can we get weapons of war off of our streets.  [Evaded question about requiring liability insurance. Wasn’t aware of DV boyfriend loophole. No plan for dealing with police violence/police gun control.]

I’m not afraid to take on any special interest, whether that means taking on O&G, to put health and safety first. We need to make sure that we put the health and safety of Coloradans first, and then we empower our local communities to address land use issues in their areas. There’s a lot of work to do.  As governor, I will work to transition our entire state to 100% renewable energy by 2040 or sooner.

We work with local law enforcement. The most effective policing models are community policing where police and sheriff departments earn the trust of their communities. Crimes are reported and prosecuted.  As a state, we need to work with local law enforcement to reduce crime and to keep people safe. There’s no reason America should lead the world in the percentage of our population incarcerated.

How our limited law enforcement resources are used should be up to local communities. It’s a decision that police and sheriff departments make; most departments don’t want to try to enforce broken laws. We want to act in the best interest of our communities, which usually means a form of community policing; earning the trust of immigrant communities, so that crimes are reported and crimes are prosecuted.