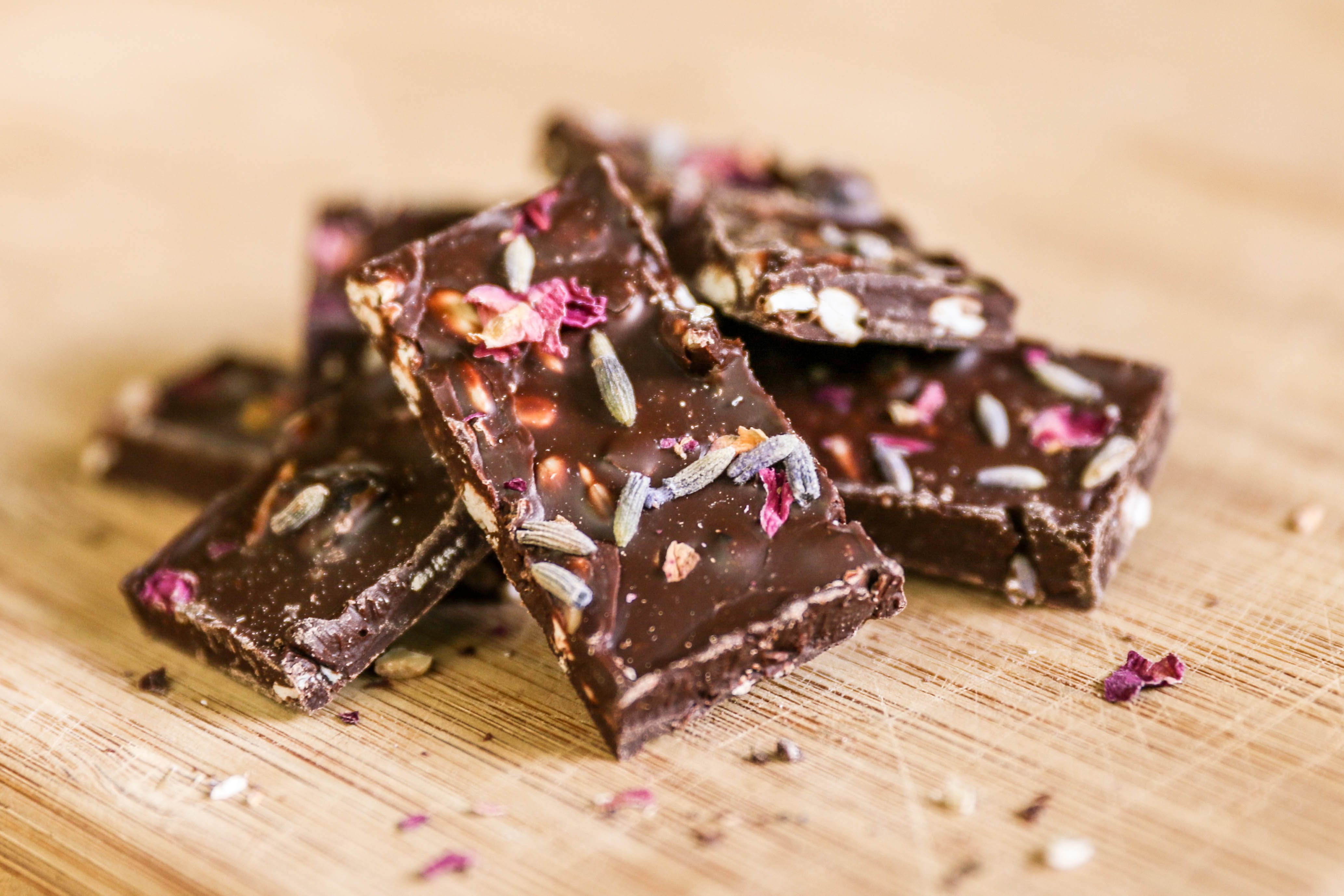 According to Aztec legend, the deity Quetzacoatl angered his fellow gods by sharing a divine secret with mortals – the cultivation and craft of chocolate. This story implies the grand importance of this ingredient throughout history, so much as to make it sacred. The idea has remnants in culture today. Part of its scientific name, theobroma, literally translates from Greek as “food of the gods,” and Boulder county has no shortage of artisans who make chocolate that will definitely take you to heaven.

Chocolate is derived from the beans of trees found in tropical climates, such as those in Central America, Africa, the Caribbean, and Indonesia. And the region matters, according to Rebecca Moses, Cocoa Alchemist at Piece, Love & Chocolate in Boulder: “some are considered a little bit more sour, whereas some are more earthy. Some of them, to me, even taste like olives.” 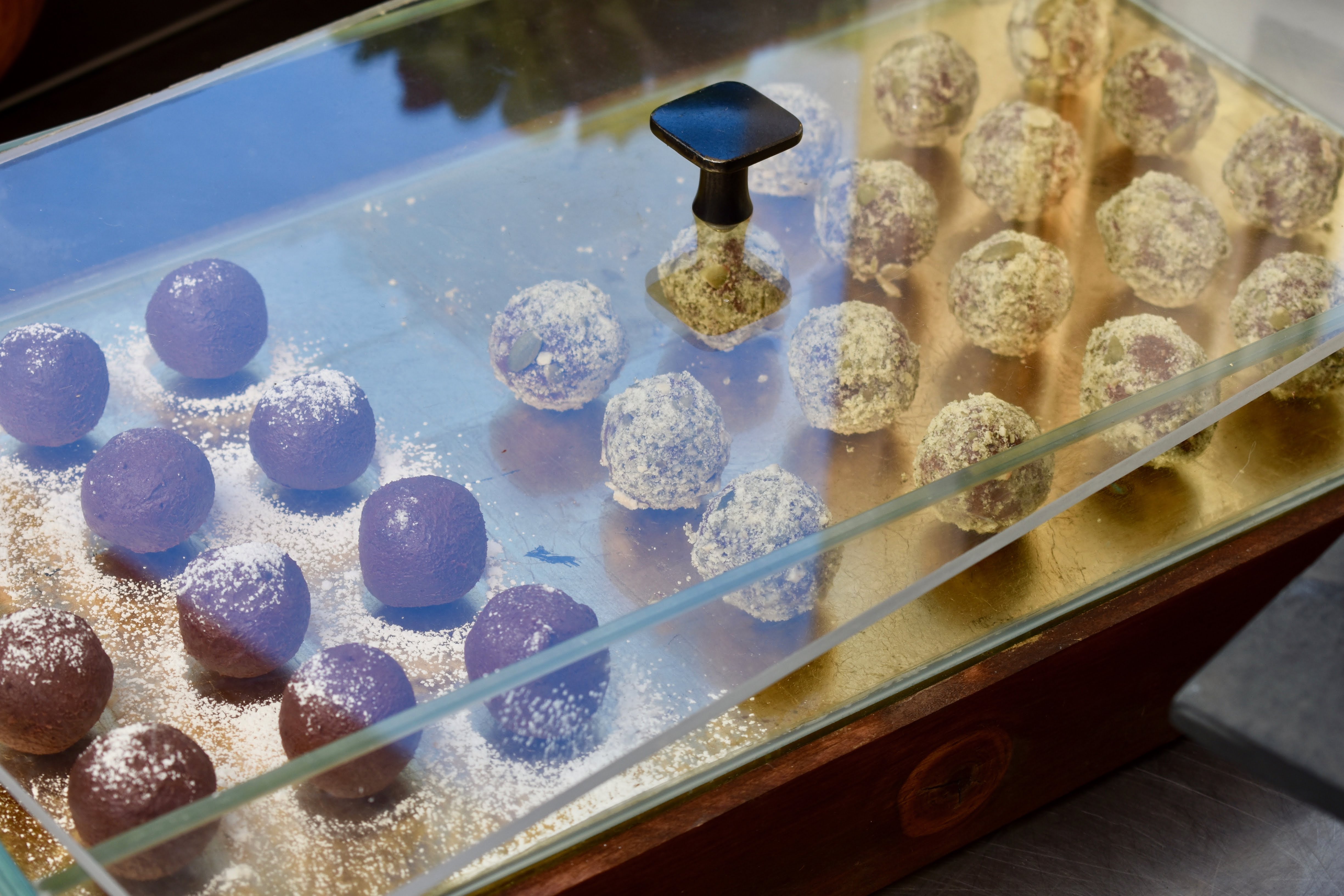 Fortuna Chocolate cofounder, Sienna Trapp Bowie, explained that these flavor subtleties form in cultivation. “You need a lot of humidity, but you also need a kind of layering,” she noted. “You need some undergrowth and you need some overgrowth to really get a nice flavor of the cacao.” Sienna also described the symbiosis involved in the supply chain: “It’s a collaboration between professionals. Between growers, fermenters, and then roasters, and chocolatiers at the end of the chain.”

Following harvest, the cacao beans follow a trajectory akin to that of coffee cherries in that it varies between operations, and according to Sienna, “there’s politics in every step.” Some farms are part of collectives that help them ferment, dry, roast, shell, grind, and export the product—a difficult part of its journey. “It can be the gnarliest part of the process,” Sienna shared. “When we finally get the cacao here, it’s a major success.” 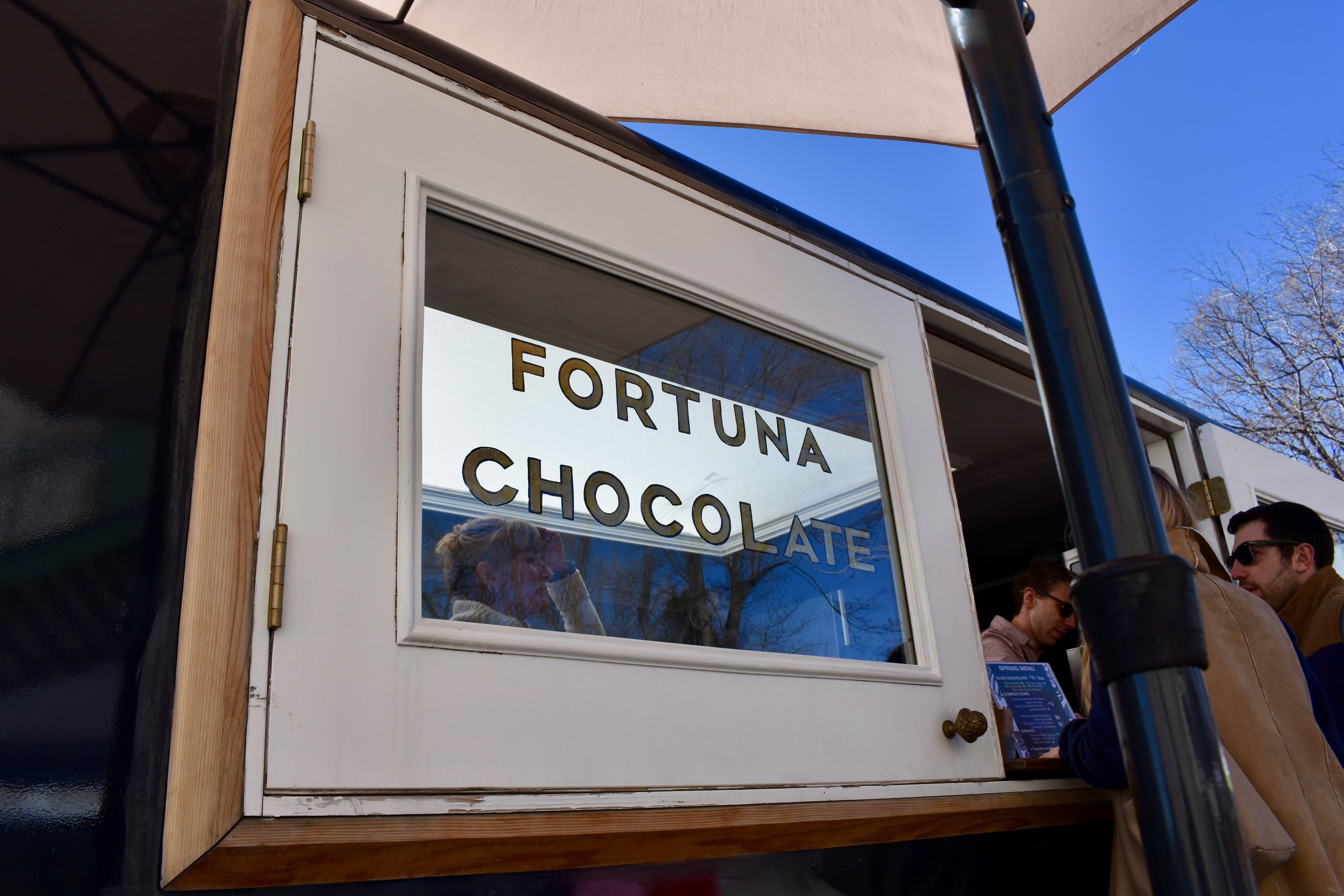 Sienna claims that the artistry of chocolate hasn’t been passed down as it should be: “we’re losing these really awesome skills of harvesting, cultivation, and fermentation.” For this reason, Fortuna sources cacao through close relationships with farmers in Central America and hopes to foster this knowledge. They also perform their own roasting, and have even won an award for their innovative approach.

But chocolate can take many paths. For example Nelson Schwab, founder of the Lafayette-based Nanga Chocolate, buys “finished chocolate” from a manufacturer in Italy. Then he then transforms it. Coming from a background blending pastry and holistic nutrition (and a gig as Shine’s head chef), Nelson plays up chocolate’s culinary side by adding superfoods like turmeric, matcha green tea, and maca root. “It takes a little bit of education,” he admitted about his method. “The whole concept is that you can eat healthier without compromising any of the indulgent experience.” 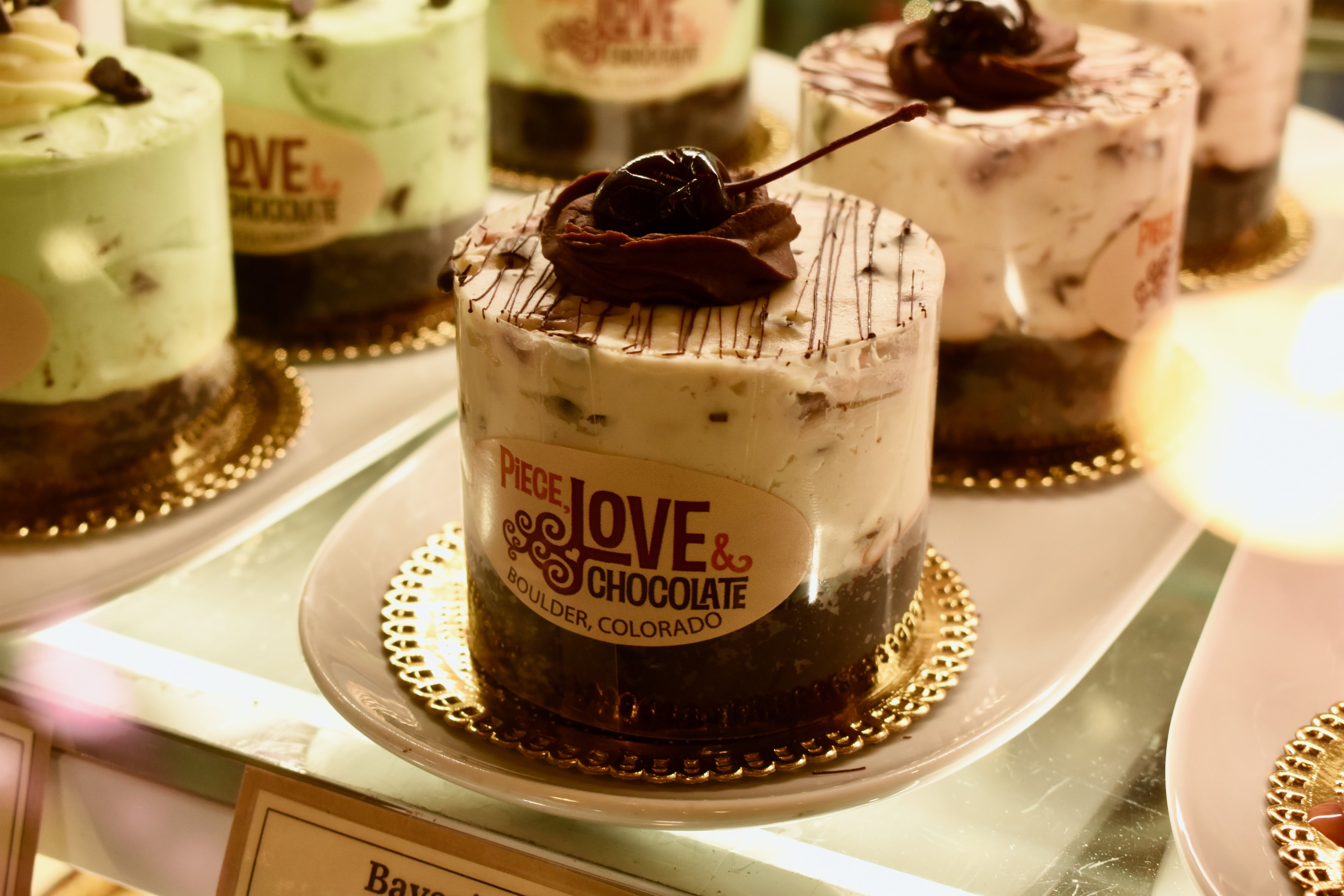 Tempering is also an important, and quite technical, part of the processing. It’s a crystal development that gives chocolate its snap, texture, and keeps it solid at room temperature. “That’s a molecular process basically,” Sienna said. “It gets very scientific.”  Rebecca also explained that tempering can be different on any given day: “It becomes this process of feeling and working with the chocolate.”

Finally, each chocolatier has their own unique way of shaping chocolate into its finished form, whether it’s premium sipping chocolate topped with coconut cream from Fortuna, five spice chocolate-covered almonds by Nanga, or Piece Love & Chocolate’s signature truffles. Rebecca described the nuanced layers that need to be observed in their creation: “As far as the chemistry goes, you can’t outbalance fat content and water content… The second layer is flavor content.”

She also explained that making truffles can be a three day process, but it’s all worth it because these individuals love the process—the art of it. As Sienna put it, “Everyone around here would love to just do what we do and give it away for free.” But obviously, that’s not the way things work. So go forth, buy chocolate, and enjoy it with a new awareness of the incredible work that goes into every bite. I know I will. 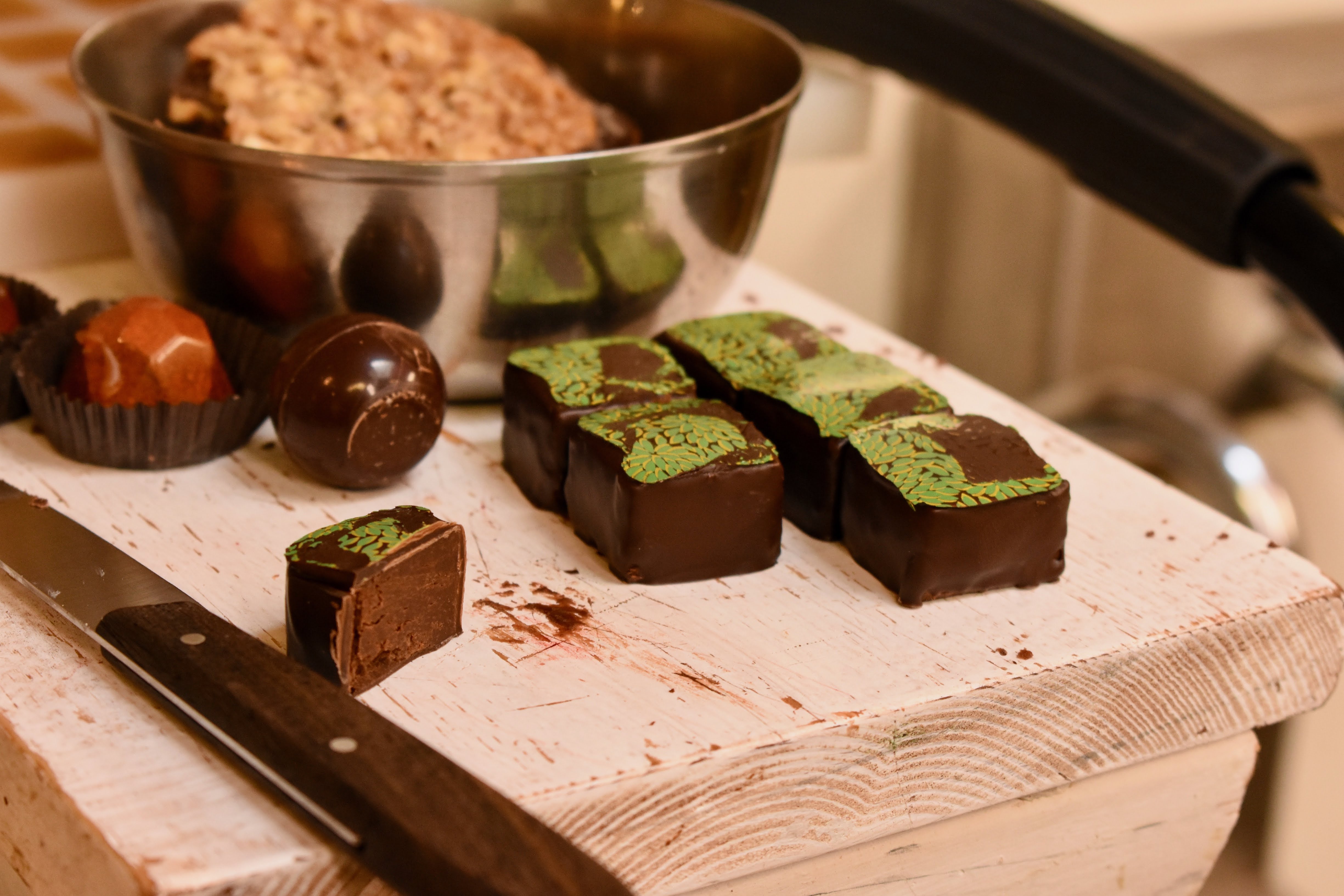