Pinot in the City a Lushy, Lovely Hit

On Tuesday August 21st the Willamette Valley region brought its most celebrated wine producers from Oregon to Denver, CO, and they brought the Pinot in the City event with them. This event was sponsored by the Willamette Valley Wineries association(WVWA), a nonprofit association dedicated to promoting the wineries of the Willamette Valley Since 1983.It was held at the McNichols Civic Center Building. The McNichols is a Greek Revival masterpiece building on Colfax in Denver, hosting major art exhibitions, community programs, and cultural events. On this Tuesday, however, they were hosting a biannual traveling marvel of winemaking that came to Denver for the first time.

The Pinot in the City series is a road show that has hosted events in Chicago (which was a sold out event), Dallas and Austin, SF, NY, Seattle , DC and LA. Pinot in the City brought 50 wineries to Denver for this amazing event where attendees were able to taste the full spectrum of the Willamette Valley wines, poured by the owners and wine makers themselves. It is amazing to have all the vintners and wine enthusiasts together for this unique kind of event. Indeed, most wine or spirits events are staffed by hired “models” who memorize scripts and deliver facts, minus the intense passion and experience that those who work the winery posses. The Willamette Valley region, which has vineyards dating back to the mid-1960’s and more than 700 wineries to date, was recently named Wine Enthusiast’s Wine Region of the Year.

The day started with a master wine class given by the wineries. They had tastings and were able to compare different Pinot Noirs with each other. The next event was a trade event for members of the trade industry, restaurant owners, wine buyers, sommeliers, and the press. People in the industry were given a chance to walk around and sample 12-4pm. Then they held an evening grand tasting that was open to the public from 6:30-9pm (VIP entry began at 5:30pm. )

Pinot Noir which is the region‘s flagship grape was at the center of the Pinot in the City event. Other varietals also made an appearance: Pinot Gris, Chardonnay, Riesling, at least one blend featuring Gewürztraminer, and one sparkling wine all showcased the regions remarkable versatility.

The Willamette Valley, Oregon’s leading wine region, has two–thirds of the state’s wineries and vineyards and is home to more than 700 wineries. It is recognized as one of the premier Pinot Noir producing areas in the world. The Willamette Valley is a huge and varied appellation that includes six sub–appellations: Chehalem Mountains, Dundee Hills, Eola–Amity Hills, McMinnville, Ribbon Ridge and Yamhill–Carlton. The Willamette Valley produces great wines because they have some of the most ideal growing conditions: rolling hills, diversity of soil, lower to moderate elevation and moderate maritime influence. Buffered from Pacific storms on the west by the Coastal Range, the Valley follows the Willamette River north to south for more than a hundred miles from the Columbia River near Portland to just south of Eugene. To the east, the Cascade Range draws the boundary between the Willamette Valley’s misty, cool climate and the drier, more extreme climate of eastern Oregon. It is more than 100 miles long and spanning 60 miles at its widest point. 3,438,000 acres. It is 50 miles (McMinnville to Lincoln City) to the Pacific Ocean. There are 19, 778 Vineyard acres planted, approximately 715 Vineyards, and 531 Wineries. David Lett planted the first vineyard called Eyrie Vineyards in 1965.

The valley has a particularly fantastic climate for growing Pinot Noir grapes. Pinot Noir grapes demand a cool climate in which to thrive, which the Williamette Valley provides in abundance.

It was great to see such diversity amongst varietals. For example, there were some great Pinot Gris that were lean and crisp, much like what would be expected from an old world wine and richer rounder styles that would be ideal for a casual glass with friends.

Here’s a list of all the wineries we had a chance to taste, of the 55, with a few notes:

Elizabeth Chambers Cellars: 2016 Pinot Gris: $18: It is an organically grown vineyard. I enjoyed their Chardonnay but not their Pinot Noir.

Chehalem Vineyards: 2016 INOX Unoaked Chardonnay $20: The first full harvest was in 1980, 1990 was the first vintage. They’re in the first 40 wineries of Willamette Valley. The founder, Henry, moved to Oregon to write a book and ended up making wines. Their Chard is Steel style.

Carabella: 2012 Inchinnan Pinot Noir $60: The PN was wonderful; blackberry, berries, and chocolate notes, with a spice and pepper finish and lots of tannins.

Brittan Vineyards: 2014 Chardonnay, $48: We met the wife of the owner, Robert Brittan. He loves Orgeon Chardonnay‘s and has been making wines in Willamette since 1981. He’s also a UC Davis and Oregon alumn and we enjoyed all of their wines.

Wine by Joe: Pinot Blanc, $14, 2017 Rose of Pinot Noir, $14, 2015 Grand Assemblage, $28, which was one of the best PN I tasted at the event. I am excited to buy a bottle to enjoy. The Grand Assemblage was their boutique wine (they have two vineyards, across from each other), and was much better overall. The CEO is Gretchen Boock, a very affable woman who was pouring the wine herself.

Stoller Family Estate: 2016 Pinot Noir, $25. Lovely overall. This is a relatively large scale winery, pushing approximately 65K bottles. Melissa Burr, director of winemaking, talked to us about how she, like lots of others, is self taught, and embraced by the local scene. She has a science background and fell in love with winemaking during an internship (causing her to quit her medical pursuit) and got fast tracked after the winemaker quit just before a harvest. Also, their the first winery to achieve LEED Gold Certification. The Chard was steel barrel so not oaky. The PN’s were wonderful.

Argyle: 2014 Vintage Brut, $28. Delicious, balanced, not to brutish. Oldest, first, and one of very few bubbly makers. The founder is a Texan who traveled the world and loved champagnes. He decided he wanted to find the best place in America to make the best bubbly. After testing the sediments, air, etc, to find the best place, he settled on Willamette.

Knudsen Vineyards, established 1971: Planted 1972: Harvested 1976, and making a very lovely 2015 Dundee Hills Chardonnay, $45. They‘ve been the grape supplier for Argyle‘s bubbly since 1987. The chard was Oak barrel. The owner was very lovely and a lovelier conversation.

Schoene Tal (means Beautiful Valley) Cellars: 2016 Pinot Noir, $40, 2016 Hirschy Pinot Noir, $50. The owner, David Ulbricht, was living in the area and volunteering at different wineries because he loved it. One day he felt called to make his own and with the advice of local aficionados, like Robert Brittan of Brittan Vineyards, he was able to locate a place to make his wine, a place to source his fruit, etc. He moved, as it were, from interest, to passion project, to profession.

Adelsheim: 2015 Staking Claim, $30, named because they were the first vineyard to “stake a claim” in their area of the Valley, the Chehalem mountains. 2015 Breaking Ground Pinot Noir, $40. The chard had bright crisp acidity, not too much oak. The PN had bright fruit flavor, red fruit, forest berry with well balanced tannins. The reserve PN had bright acid, with red cherry, red fruit, and cranberry.

Colene Clemens: 2015, Dopp Creek Estate Pinot Noir, $26, which is their “broadest expression” of their process, fruits, and land. 2008 was their first vintage after buying a former walnut grove in 2005 and converting it.

Erath: 2017 Rose of Pinot Noir: $19. A sweet, soft, and gentle rose that serves its purpose without being overly sweet or flowery. The rose was fresh and crisp. The PN had a great rounded out finish.

Raptor Ridge: 2016 Pinot Gris, $19, and the 2017 Estate Gruner Veltliner, $19. Excellent price points, delicious wines. Interestingly, they cultivate relationships with the raptors in the area through perch‘s, maintained hunting grounds, and other projects because the presence of raptors reduces ground pests and prevents migratory birds from settling there. An excellent look at a winery cultivating deeper integration with nature rather than subjugating the land for consumption. They use the LIVE model: Low Impact Viticulture Enology.

Willamette Valley Vineyards: 2017 Whole Cluster Rose, $19 and Pinot Noir, $23: A lovely story of a winemaker who made space for the little girl who lived down the hill and sold them friendship bracelets to grow into the company and become the succession plan as he aged and wanted to retire. Why her? Her company has the same values as he does: take care of the workers. They don‘t use seasonal labor, but have year round staff. They pay good wages, provide healthcare, vacation time, etc. They treat workers as family, as a winery should. I thought they had the best Rose there. It was lovely speaking with her.

Some of my highlights of the day were wines from Le Cadeau in the Chehalem mountains, Van Duzer in the soon to be appellated Van Duzer corridor, and Cristom in the heart of the Eola Amity hills.

The next time you find yourself on the west coast, the Willamette Valley region is 100 percent worth your visit. I would highly recommend checking it out. If you don’t have time or it will be a while before you get out there, you can get lucky and find a selection of the wines at many of the amazing wine shops and stores throughout Boulder County. Happy sipping. 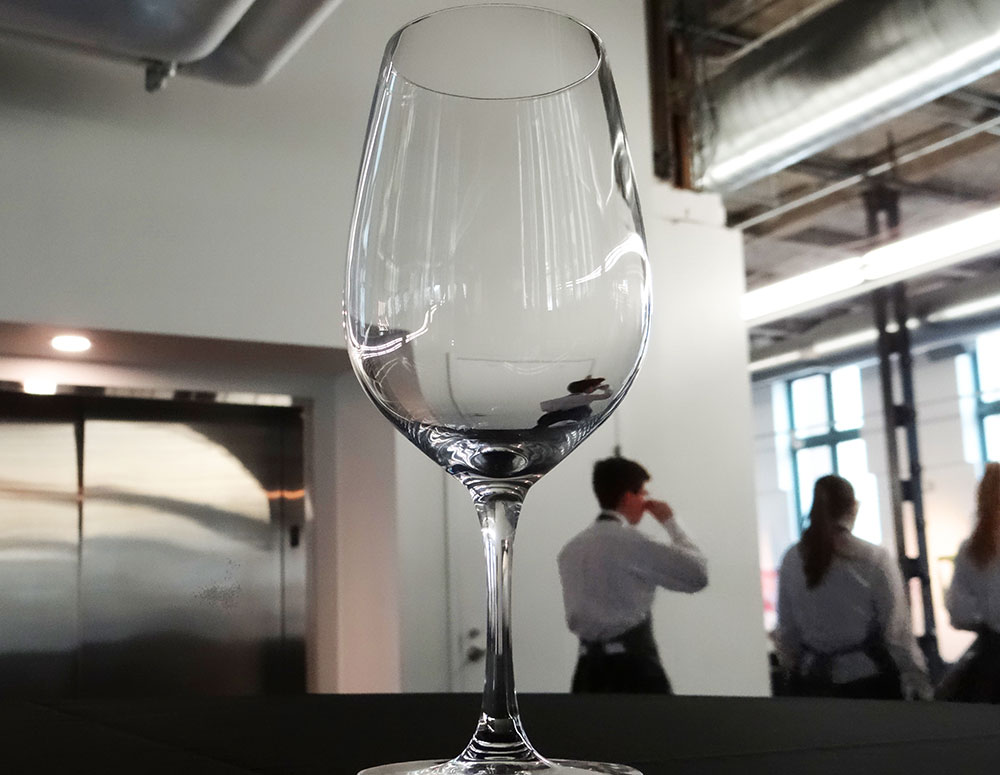 The glass of the evening 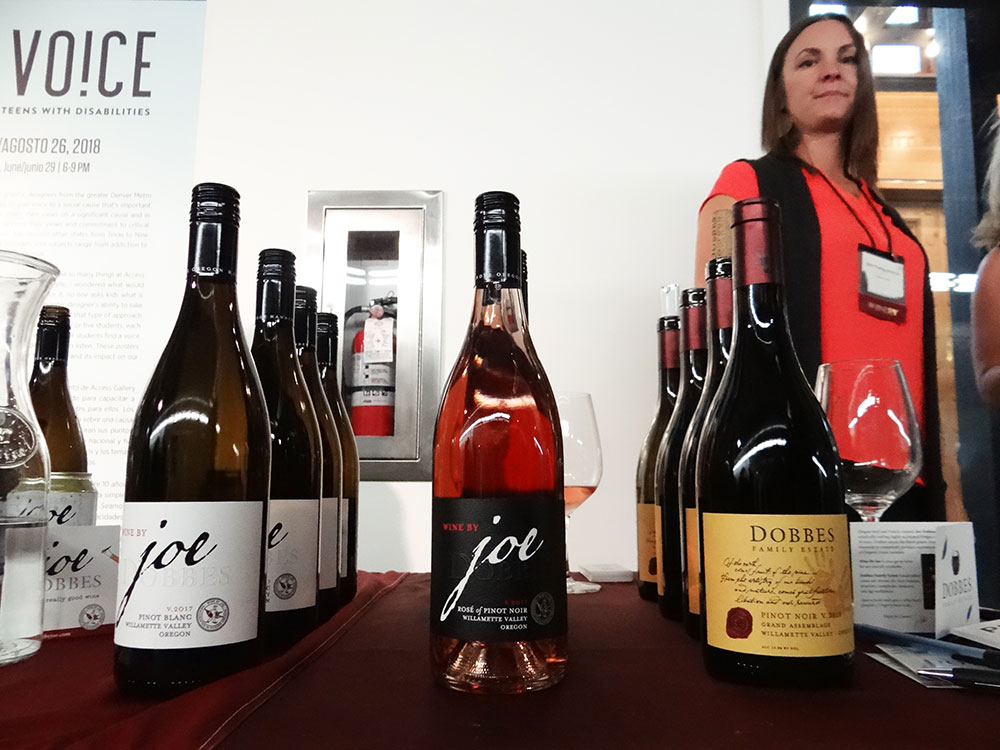 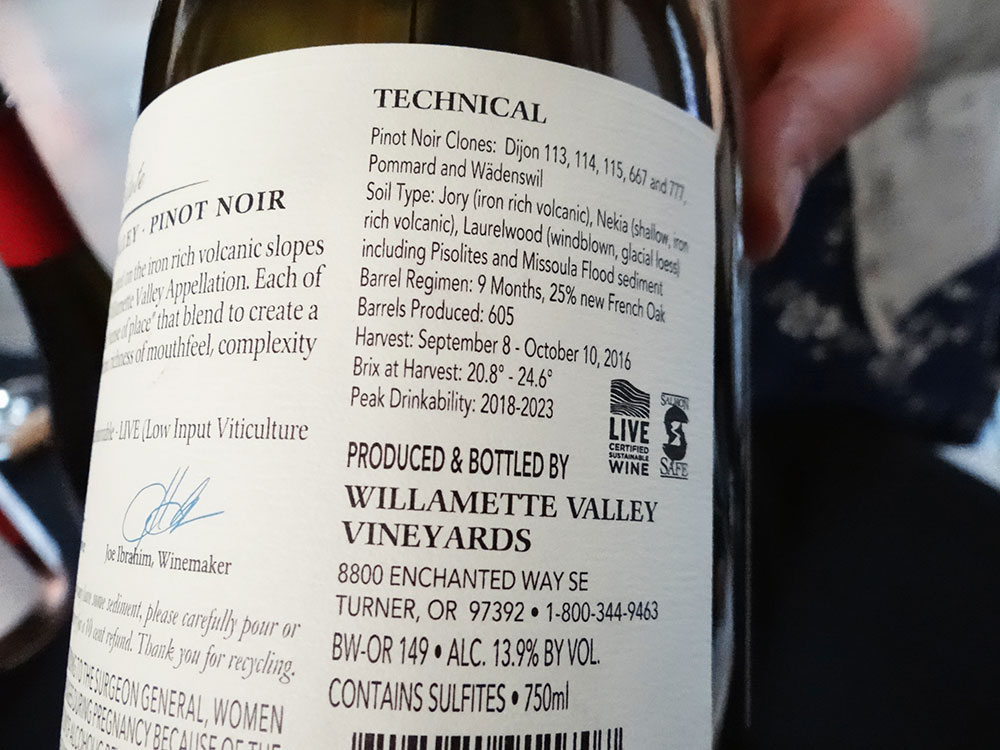 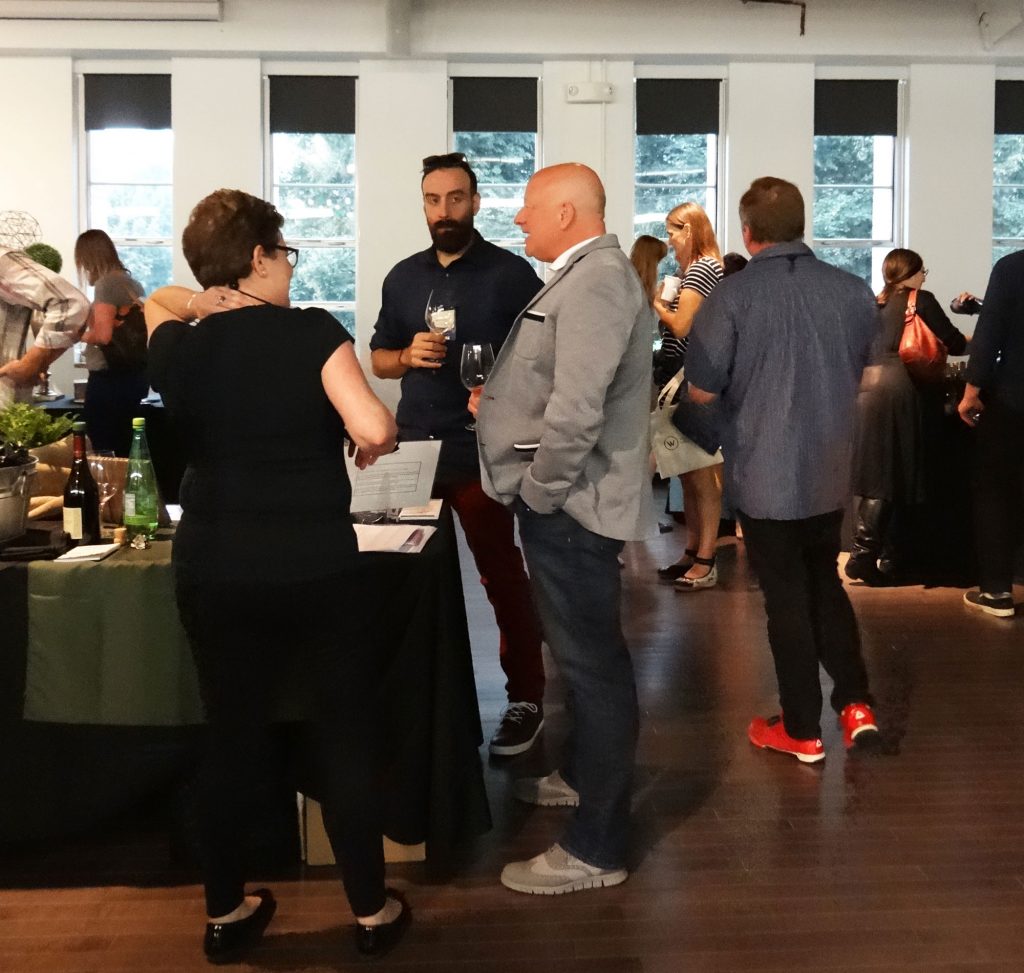 Stylish in the crowd 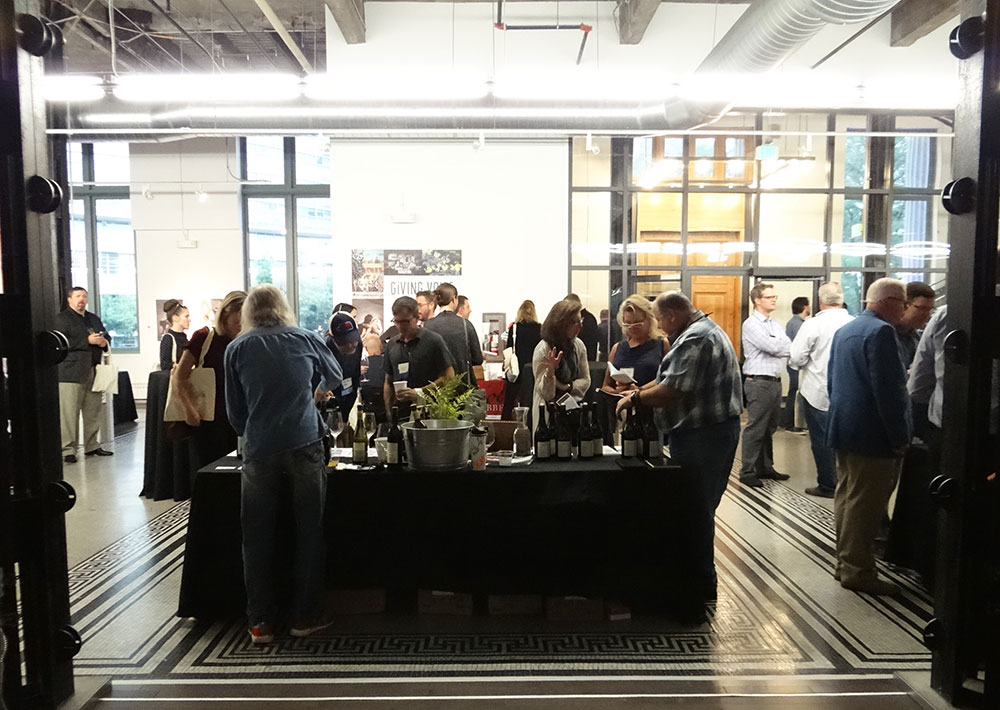 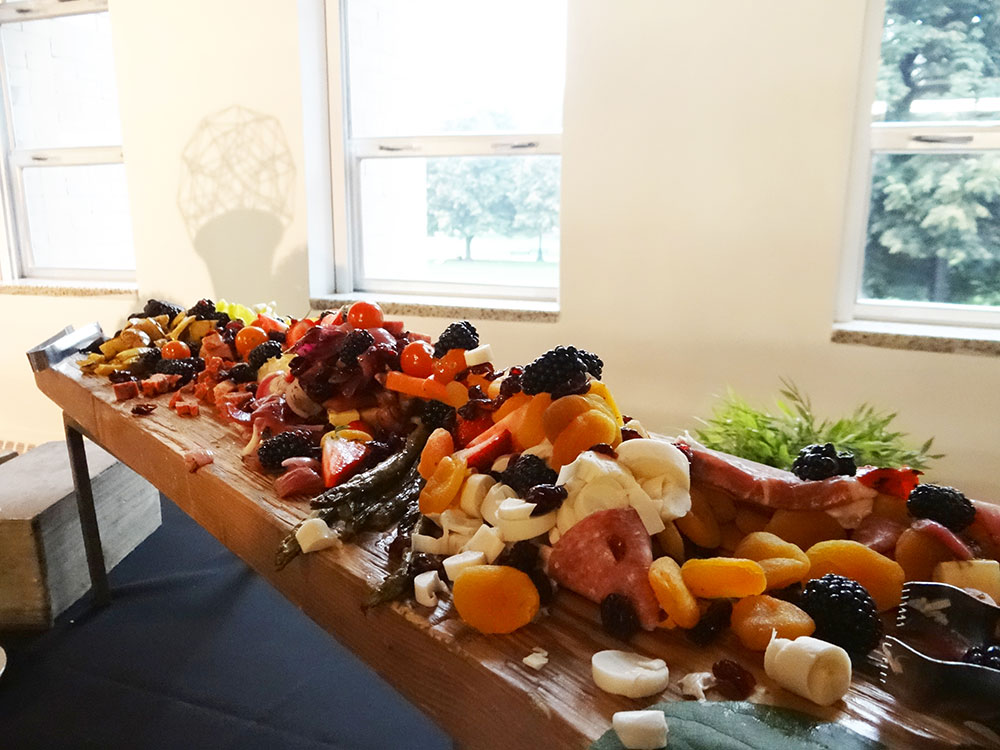 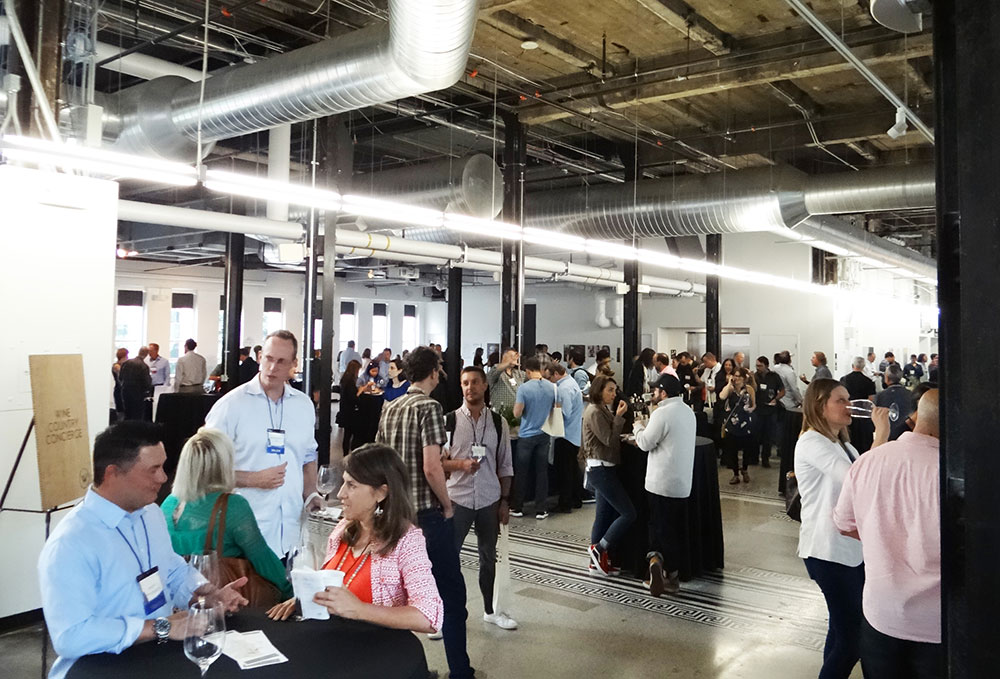 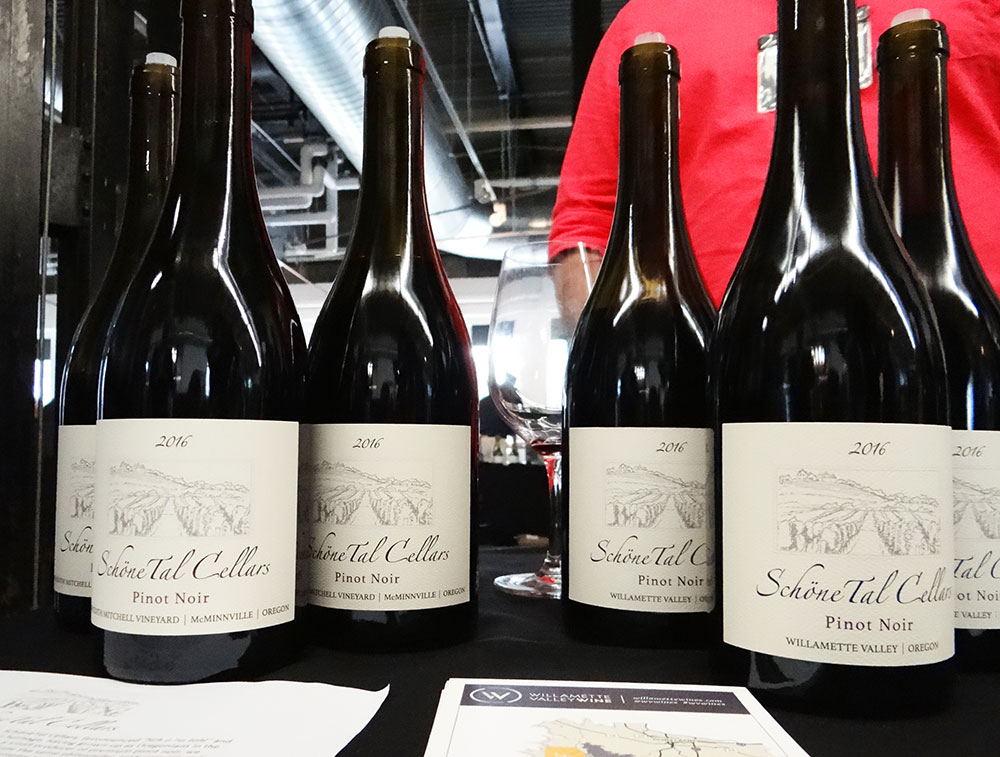 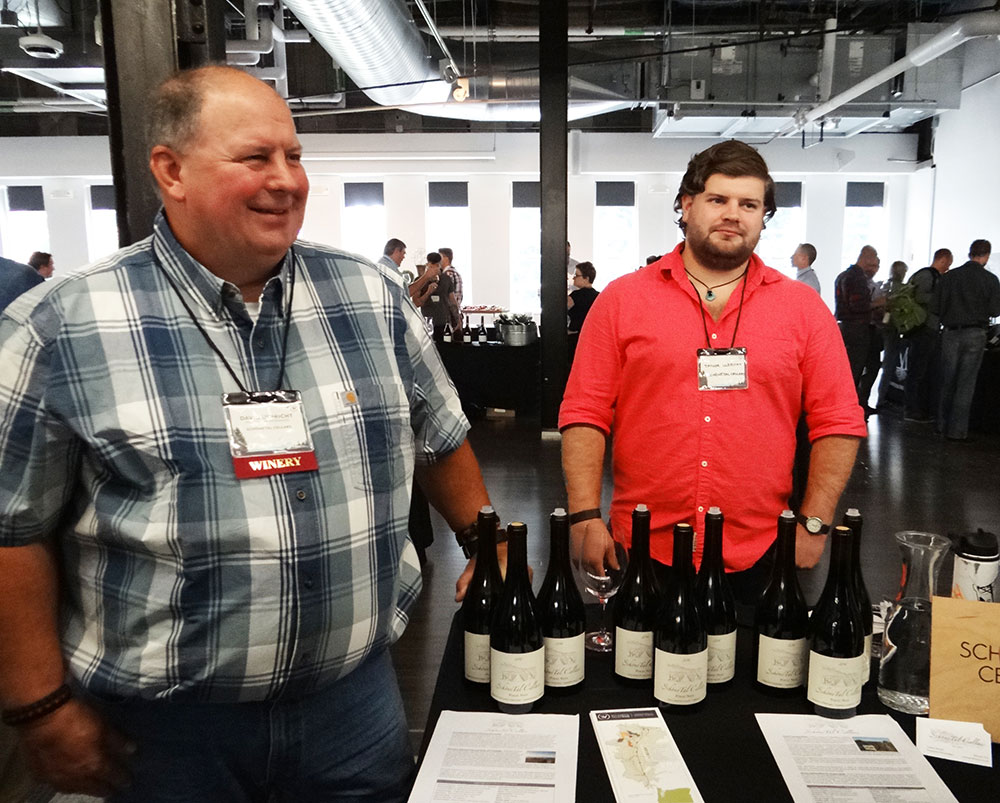 View all posts by Sandra Samman →