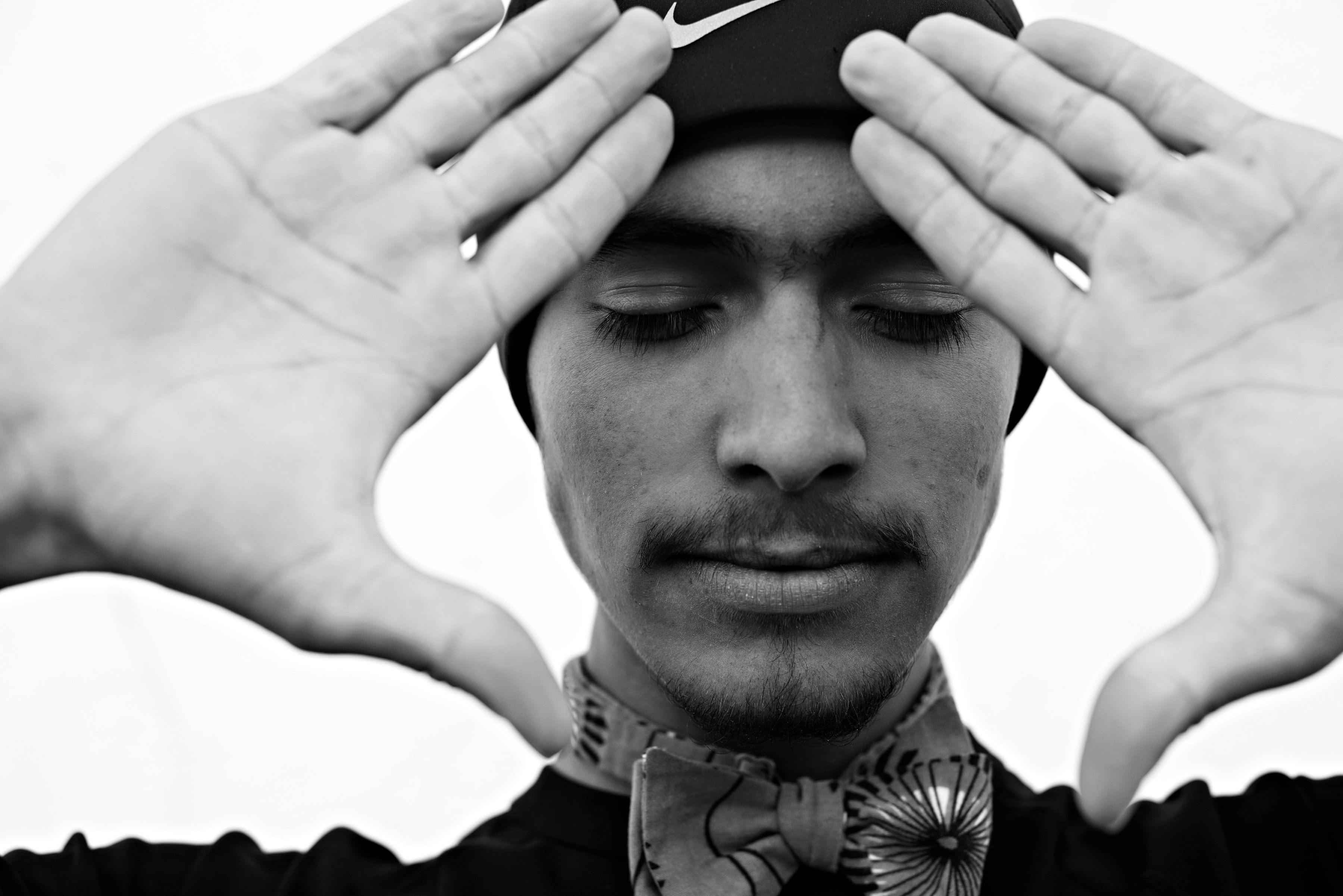 If you’ve walked down Pearl Street in the last two years you’ve probably seen him blowing his horn, taking pause only to tap dance or maybe sing a tune. MasterBlaster G is a Boulder fixture, constantly posted up to entertain passersby, tourists, and residents. And while we’ve all seen him, tossed a few bucks in his empty guitar case, or watched him bust a move, few of us know his story. We sat down with Gabriel Angelo (19) – Master Blaster G – to talk music, life and what’s next.

YS: How did you end up performing on Pearl Street?

GA: At the age of 10 I was playing trumpet. I was playing in San Francisco, I played for the Giants, I was completely committed to developing my career. I’ve performed at over 650 events. All my success I owe to hard work.

I moved here for the love of my life. I tried setting up my amp on Pearl Street but the cops came and shut me down. I’ve always been a singer, but without instrumentation less people stop, and I wanted to let my voice rest for recording. So I stopped singing and dancing for a while, but I’ve always been a singer. I’m the only performer in the world who plays trumpet and taps.

YS: Tell us about being on Ellen?

GA: It was great, so great. Fashion has always been important to me and I wear Brooks Brothers; I’ve found they fit me best. But it turns out Ellen wears Brooks Brothers. She gave me a private lesson with Clinton Marseilles. She donated $10,000 to my education. Every cent was used to develop my career through street performance.

YS: How has it been for mom, performing on the street since you were so young?

GA: My mother has been supportive of me since the beginning. She truly has been a mentor, as well as a life coach.

Mom: I’m there to soften the blows of life a bit. I can’t prevent them, but I can be a partner in life.

GA: I’ve had all sorts of interactions. A lady said in German that I needed to be punished. There are some mentally ill people that come up and express themselves, but once I got older people didn’t mess with me, but when I was younger people would be discouraging… Joy is a choice, No matter how much negative is brought to you, you can either take that energy and use it as joy or use it to destroy yourself. We have power over ourselves. 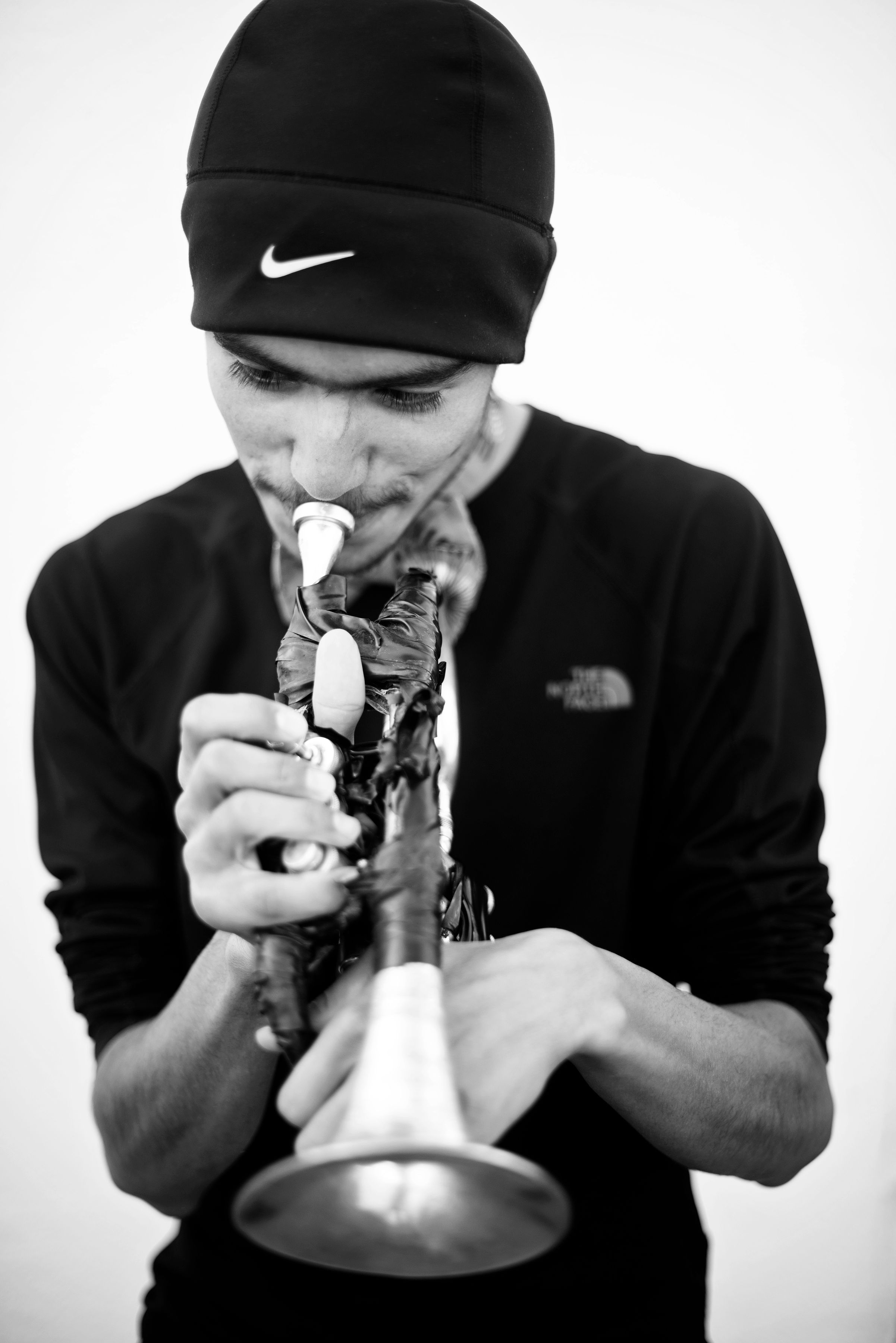 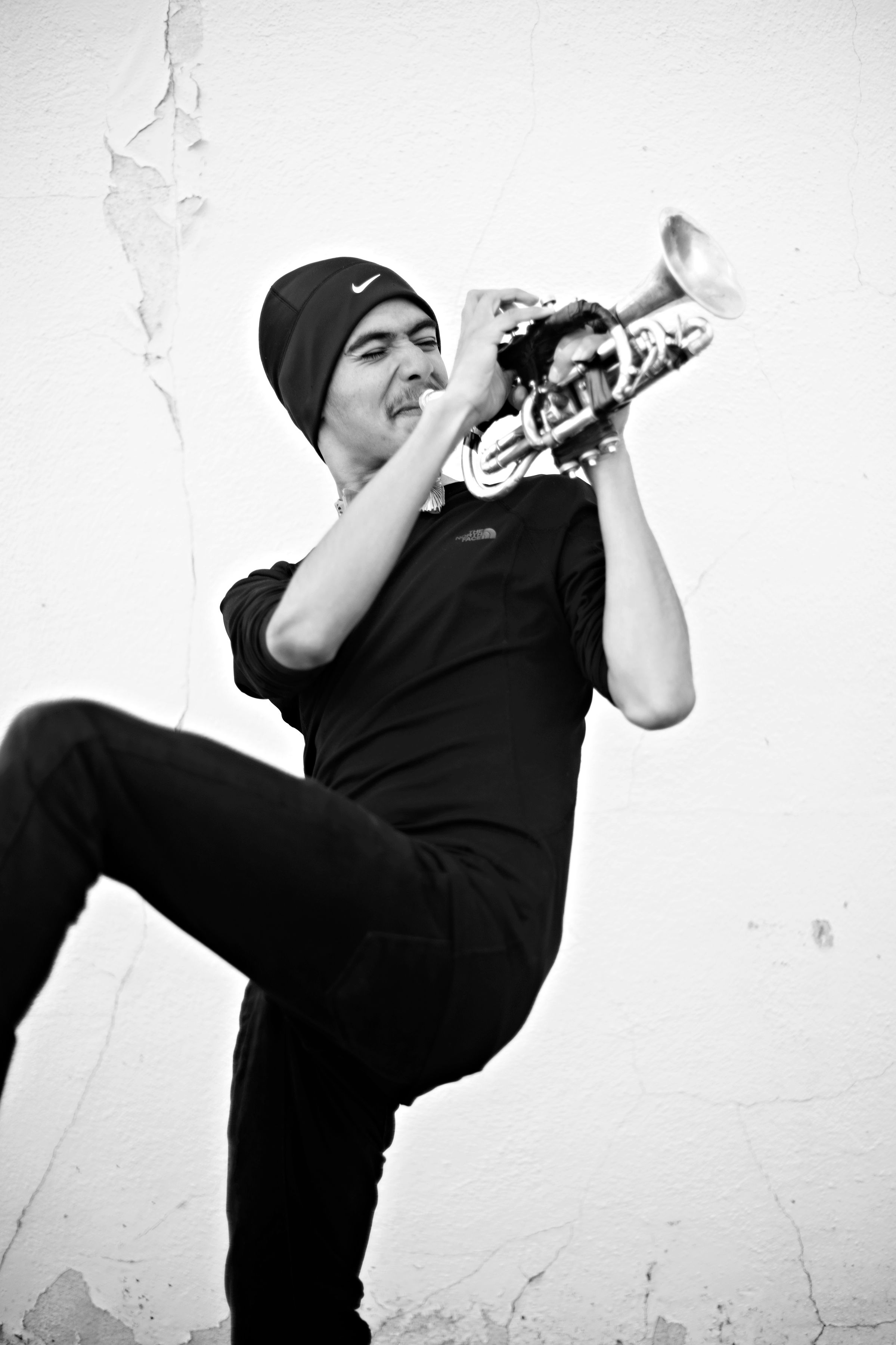 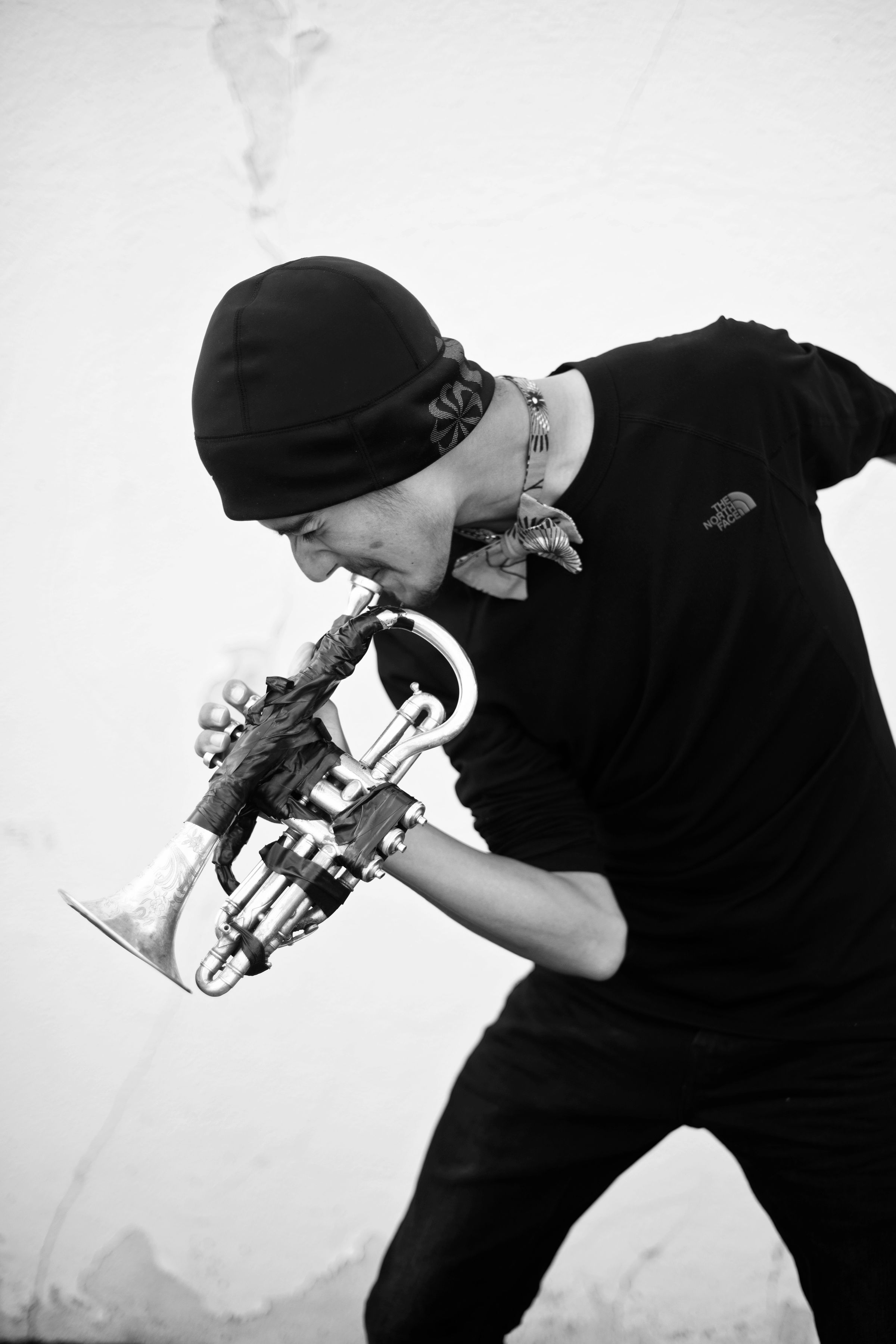 YS: Those interactions didn’t scare you off?

GA: I’m so grateful to them, because of their discouragement it motivated me to dream bigger. I also learned the power of smiling. It’s one of the most healing things and gifts we’ve been given. We have the ability to smile.

YS: What does your daily performance look like? How does it differ?

GA: I’m dependent to where I set up. As long as a there is a good flow of people with artistic appreciation, I like that. For example there are a lot of families by the Cheesecake Factory, so I’ll do things kids will like. It needs to be things people will stop for. For each location I’ll feel the moment and whatever I’ feeling, I choose in the moment. Sometimes it’s the Rocky theme – “I’m Going to Fly Now.” I also do the skit as well. I do the Godfather speech, Pink Panther, Moon River. I actually played Moon River with Arturo Sandoval and did a project with Clint Eastwood. It’s a funny story. Henry Mancheni’s son-in-law came up to me and invited me to a show. And he invited me on stage to play Moon River.

GA: I’m working on an EP. I had the honor to work with a producer who has worked with Michael Jackson, Whitney Houston and many others, Andrea Martin. There were two songs that were written for Michael Jackson; he listened to them and chose these two specifically. The day before he was supposed to fly out to record them, he died. She decided to give those songs to me. Those songs will be on there. I have recorded one so far and I’m working on the other – I’m still working on financing for that. I’ve bought some equipment and I’ve been working with Donny Quist (a local producer). I’ve done a few songs with him and those will be out there.

There will be lots of R&B – Rhythm and Blues – but I do all styles. There is lots of rock but definitely lots of R&B.