Marlow Baines: Earth Guardians out to save the planet

Climate change. The very wording is scary. In a time of crisis, fear can lead us to believe we are helpless and that nothing can be done, but do not let that stop you. My name is Marlow Baines, I am 16 years old and work with Earth Guardians, an organization focused on empowering youth to become leaders in preserving our Earth for future generations. 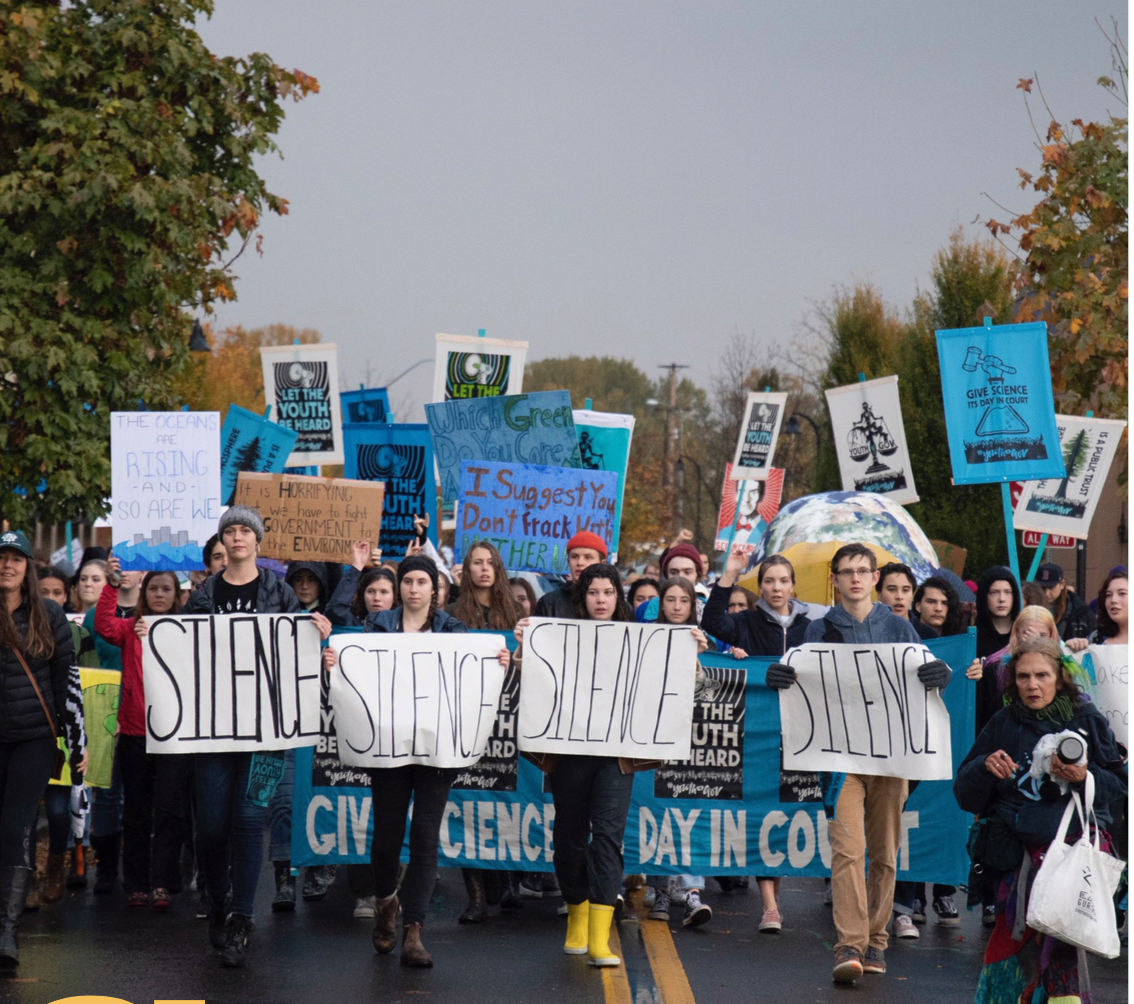 Earth Guardians is a global organization with over 250 crews in 40 countries. We are launching a lesson plan in January, 2019 that is going in 20,000 classrooms and impacting more than 500,000 youth in association with Amplifier’s “We The Future” campaign. The campaign is highlighting ten youth across various social justice movements and sending ten lesson plans based on these issues. We are also launching an app in cohesion to the lesson plan and Rearctic, a conference taking place in Oslo with the goal of sending a call to action out to a billion people. The app will gamify making an impact and connecting other Earth Guardians across the world. Earth Guardian crews on the ground are building sustainable schools, drawing picture books, organizing mass trash pick-ups, putting out conscious hip hop, suing the federal government and much more. This movement is not small. If you look closely enough, you’ll notice how much of an impact these youth are making.

The youth are rising. We are crying out because our future is worth it. You can see it in the actions like Standing Rock, Zero Hour, and Juliana v. The United States. This past election, my friend Jackson Hinkle ran for city council in San Clemente, California, at age 18. My friend, Xiuhtezcatl Martinez, received the Generation Change MTV EMA award in Bilbao, Spain this past month. Maiya Mcmonagle is the founder of House Of Maiya, a high fashion eco-brand.

My Earth Guardians crew wanted to reach their peers so we put on a multi-district dance for high schoolers. We had over 300 youth attend and raised over $1,200 dollars. Despite Prop 112 not passing and other losses we have faced, my mom says, “the thing about the energy of hope and love is that it is self-regenerative. It never stops ow- ing through our veins.” We may not be in court yet, or establishing 2,500-foot setbacks , but we won’t stop fighting for the future.

My story began in 2017 at Standing Rock, a movement started by youth. It was after I visited Standing Rock that I got involved with Earth Guardians, which led me to their National Council Training. That’s where I met Aji Piper, Kelsey Juliana, Vic Barrett and Aerielle Deering, co-plaintiffs who are suing the federal government for failing to protect our rights to life, liberty and property. The 25 youth on our National Council and our trainers inspired me to leave a traditional school and pursue my own education and, shortly thereafter, I attended Bioneers, which is one of the oldest eco-conferences. That spurred me into creating my Earth Guardians crew and led me to become Earth Guardians’ local Regional Crew Director. Two weeks later, I went to Stockholm, Sweden for our first Regional Crew Director training. In a year, my life had changed so dramatically because of the beautiful people who came into my life. The facts did not motivate me but my friends’ stories did. We are a movement, we are the future, we are the youth of the twenty first century.

Sign up on earthguardians.org to start a crew and follow our journey on social media. All ages and backgrounds are welcome.