Tales of the Northern Coal Field: The Snowstorm of 1913 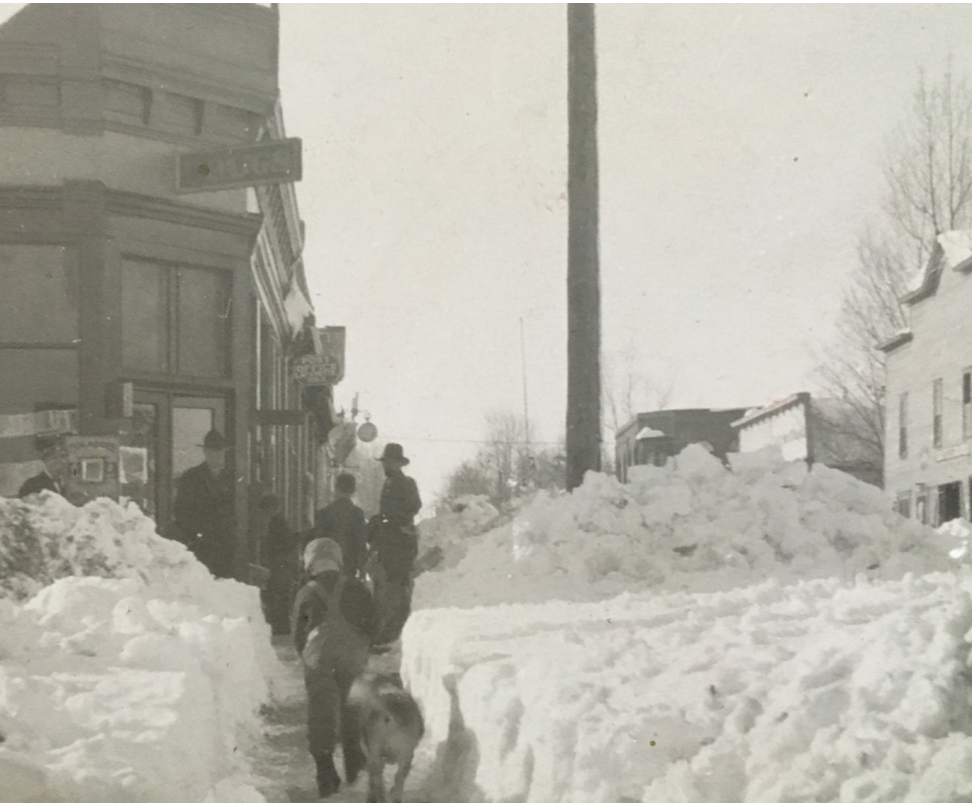 In Colorado, it – IT – remains the standard for judging other snowstorms. If it happened today, the results would be catastrophic. This December marked the 105th anniversary of Colorado’s worst snowstorm. Over four days in December 1913, Lafayette received 48 inches of snow.

Visit any historical museum in Colorado and you’ll see a similar photo. Whether it’s Lafayette, Idaho Springs or Pueblo, you’ll see a town buried in thick snowdrifts, buried cars, buildings and trees. Most of these photos were taken between Dec. 4 and 5 of 1913.

In Lafayette, children built snowshoes and trudged over the towering snowdrifts. One man built his own skis. A train departed Lafayette, only to be stranded in Louisville, buried in snow. Some decided to walk home, and reported that the three-mile trip took three hours.

Colorado Springs got off easy during the storm: a mere 24 inches of snow. Georgetown, in the mountains, got an extraordinary 86 inches of snow. (For the curious, the record for most snow in a single day happened in Silver Lake, a ghost town near Telluride: 78 inches.)

In Denver, an entire city fell silent. No trains. No cars. Entire hotels were taken over by teams of switchboard operators, keeping a stranded city connected. For their trouble, the operators got free breakfasts and private galas.

People stayed in the concert halls. People stayed in City Hall. People stayed in the jail. Trapped inside by the storm, the city fell into decadent revelry. One man rode out the storm by playing poker for two days straight. Men at the hotels, cut off from their wives at home, made new friends fast. As a Denver Post headline put it, EVERYBODY JOLLIFIES. At least one man bucked this trend, and hired a horse and sled to bring his wife downtown to join him. The press labeled him “The Nicest Sweetheart in Town.” 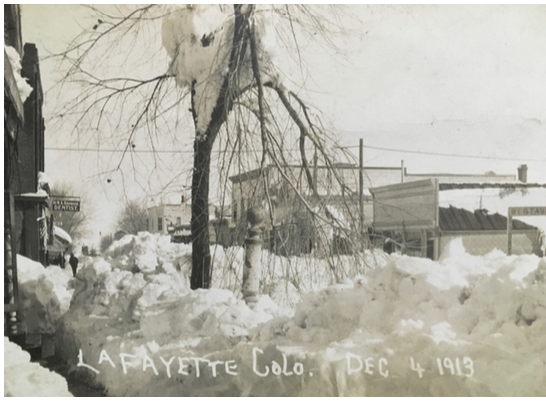 The heavy snowfall occurred due to above- freezing temperatures and high moisture. Warmer weather allowed snow to become sticky and accumulate, and that same weather let it start melting. It also made the storm, in spite of its power, a relatively safe one: no deaths were reported, telephones and utilities didn’t fail, and there was no mass looting.

In Lafayette at least, residents in 1913 had one advantage over 2018. They didn’t rely as much on electricity and gas. With no refrigerators, they kept their food preserved in cellars. To heat their homes, they had a supply of coal in a backyard coal shed. In many ways, the Snow- storm of 1913 was just a major inconvenience. In 2018, a similar snowstorm would be a dire emergency.

The Snowstorm of 1913 had long-term bene ts as well. The Rocky Mountain News reported that farmers rejoiced in the snowstorm, which led to a successful 1914 crop. After ski- ing through the streets of Denver, Norwegian immigrant Carl Howelsen was inspired to build a ski-jump in Steamboat Springs. Today, Howelsen Hill is still used to train skiers for the Winter Olympics. Colorado’s ski industry had begun.

To learn more about this and other stories from Lafayette history, visit the Miners Museum at 108 E. Simpson St., Lafayette, Colorado. Open Thursdays and Saturdays, 2 to 4 p.m. For questions and appointments, call 303.665.7030.