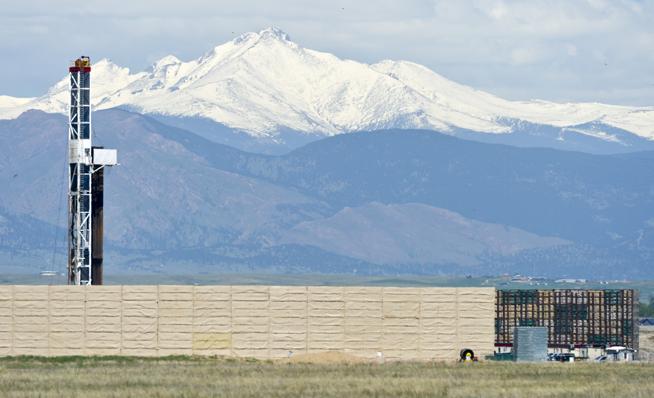 We genuinely applaud the legislature for advancing SB 19-181.  It is what the people in the fracking fields of Colorado have been seeking for almost a decade.  This bill will give them a right to participate in decisions concerning where, when, and how oil and gas development can occur in their cities and neighborhoods.  Yes, under present law they are denied the fundamental right to protect their health and safety and that of their familys’.

Despite what the Denver Post is claiming, this is not rushed legislation, It is merely necessary, and satisfies the constitutional requirement that for a government to have legitimacy, it must serve the “good of the whole.” (Colo. Const. Art II, the Bill of Rights)

This legislation helps satisfy that constitutional requirement.  However, we offer these suggestions to make SB 19-181 better serve the people.

We ask that the term “reasonable” be stricken from the bill.  In a last minute addition, it was combined with necessary to describe the conditions that must be met in mitigating adverse impacts.

Necessary is actually an objective term. Its connotative values suggest what is essential to the task.  It is never excessive or fraudulent.  Reasonable, on the other hand, can be very subjective.  It depends on who is doing the evaluating.  If it becomes the denominator in the “necessary and reasonable” evaluation equation, what is necessary for mitigating adverse impacts can easily be compromised.

For instance the industry can say that total cleanup of a spill is unreasonable because it costs too much, but in fact it might be absolutely necessary to protect the environment. These are the kinds of arguments the COGCC is going to be asked to arbitrate if reasonable stays in the bill.  Please strike it.  It weakens the bill tremendously and is “unnecessary.”

We’ve ask that gathering lines be added to in the discussion at 27-5-109 (B), p 6.  This might be done by simply changing the language slightly to say, “all pipelines, other than inter-state transmission lines regulated by the Department of Transportation,” and compressor stations…..

The Hidden Risk in the Fracking Boom

At (C) on this same page, we ask that storage reservoirs be specifically added to the continuous air monitoring regimen for large operating facilities.  There are 10 of these reservoirs in the state.  Over 200 old wells are used to force gas back into these old played out oil and gas fields.  Presently, they are outside the state’s inspection regimen.  Though none is as large as the Aliso Canyon storage reservoir in southern California, they serve the same purpose and represent the same dangers.

Alison Canyon ruptured through an old well bore, it took the state several months to control the leak.  The old wells used for injection in Colorado at these storage facilities go as far back as 1949.

Time magazine compared the 1.6 million lbs of methane released each day at Aliso Canyon to the emissions of 6 coal fired power plants, 2.2 million cows per day, or 4.5 million cars.  The releases went on for several months and constitute the largest man made release of natural gas in this country’s history. Nearby residents were evacuated for months.  Many suffered respiratory problems, nose bleeds, itching, etc.  The long-term health consequences are unknown.

We can reduce the chance that an event such as this ever occurs in Colorado by simply placing them in SB 19-181’s continuous monitoring regimen. Their leakage volume and potential is much greater than even the largest well pad.  The following story from the LA Times helps underscore some of the unexamined risks associated with aging underground storage reservoirs.

We hope the addition of Section 9, beginning at (3)(a), pp 17-18 of  the Senate’ Reengrossed bill is for no other purpose than to help smaller communities with limited technical resources evaluate drilling proposals in their communities.  However, we think the provision allowing the industry to use state facilities after 200 days to flesh out its impacts on a community is ill advised.  The industry should have to spend its own money to evaluate its proposals on the public.  Moreover, such a proposal, in our judgment, ignores the Art XII, section 2, of the state constitution. It specifically disallows any public aid to corporations.  Please remove this unconstitutional provision.

View all posts by Phillip Doe →