Colorado stood in solidarity with the victims of the white terror event in Christchurch, New Zealand, and with local Muslim communities, yesterday evening. Hundreds gathered at the Colorado Muslim Society and Mosque in Arapahoe County. The event was organized by numerous Muslim organizations from throughout the state as well as Interfaith organizations and allies, and was filled with community members from across the Front Range. 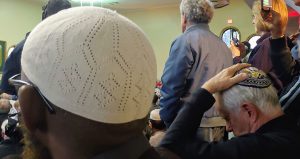 A number of interfaith and faith-based organizations were on hand as well, in a loving show of support, including the Multi-faith alliance, several local Christian churches and Jewish synagogues, Sikh temples, and others. In fact, in an incredible display faith partnership, we counted nearly 40 persons when faith leaders were asked to stand to represent themselves. By contrast, there were about half as many Muslims who stood when asked. Members of the Mosque waited in the hallways in advance of evening prayer. This is important because it testifies to the broad support and wide solidarity across Colorado’s faith communities, a contrast to the history, one pastor raised, of faith communities being taught to fight each other. 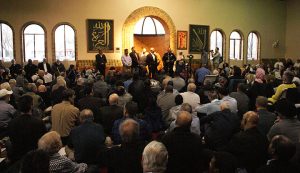 District Attorney Brauchler called fear “an attack on our freedom”. He made special note that if any member of our community, specifically our faith community, ever felt fear, all they had to do was pick up the phone and call the sheriff or pick up the phone and call him, and they would do what is in their ability to alleviate it. DA Brauchler, “a Catholic boy from Lakewood” came “unprepared for a speech” but prepared to stand in solidarity with local communities.

One of the more inspiring and important speeches of the night was from local Methodist church pastor Jasper Peters, who, following Phil Weiser, invoked the spirit of Dr. Martin Luther King Jr. He prayed, first for the elected officials in the room, that “a holy disquiet dwells in your bones…that you are not able to rest until people are free to gather in prayer and no longer have to fear that weapons of war may be used to slaughter us”. Condemning himself as having committed betrayal via silence, in not saying something, doing something in the face of growing Islamophobia, he promised the Colorado Muslim community that, “I will not betray you again, we will not betray you with our silence ever again.”

Peters took his comments further, though, by calling into question hate at every level of society, up to and specifically including the White House, targeting President Trump; this is, by all accounts, a fair critique of the president, who was praised by the New Zealand terrorist as “a symbol of renewed white identity and common purpose” based on Trump’s clear xenophobia, policies of hate and exclusion, and support and endorsement of White supremacist groups in America. “It’s the same white supremacy that tells our white siblings that they’d be richer without us.” In a moment of powerful, rhetorical critique, he denounced the use of the word tolerance, calling it “an ugly word”. He spoke, instead, of the need for love.

Coloradans owe a thanks to the Colorado Muslim Society and everyone involved in organizing and orchestrating this well attended event. It’s important in times of crisis and chaos, and indeed, in times of continued terror killing, for us to come together as a community and stand both shoulder to shoulder and heart to heart. As one pastor put it, it’s not enough for us to come together when there’s a crisis. “We must demonstrate the love that we speak about daily. We must group together before the crisis comes […] and when it does happen, we’re already ready and present to stand against it.” 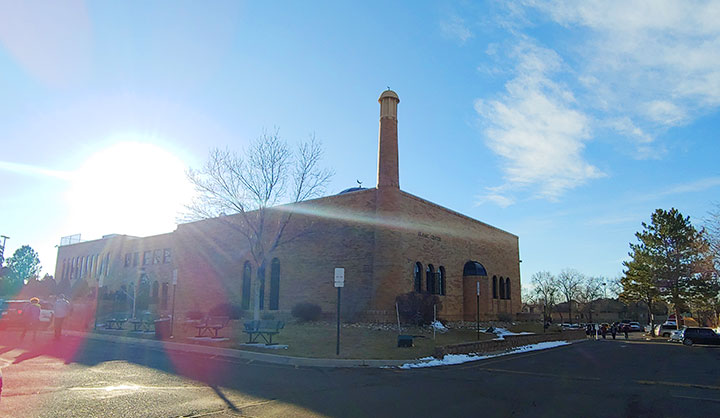 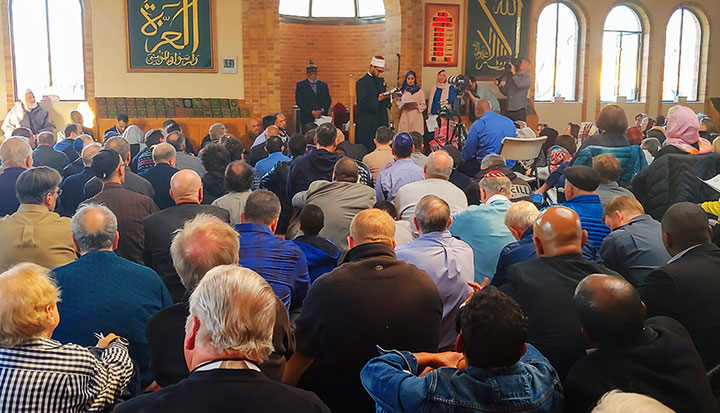 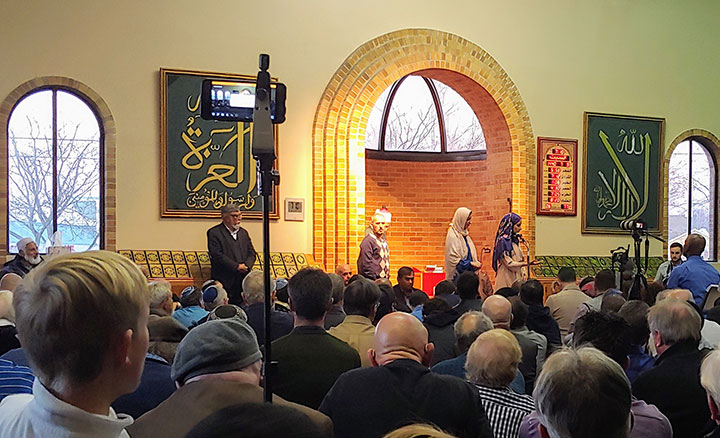 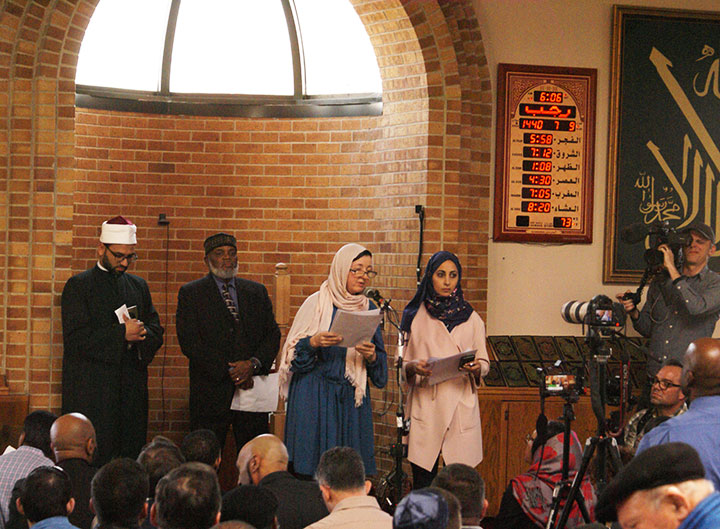 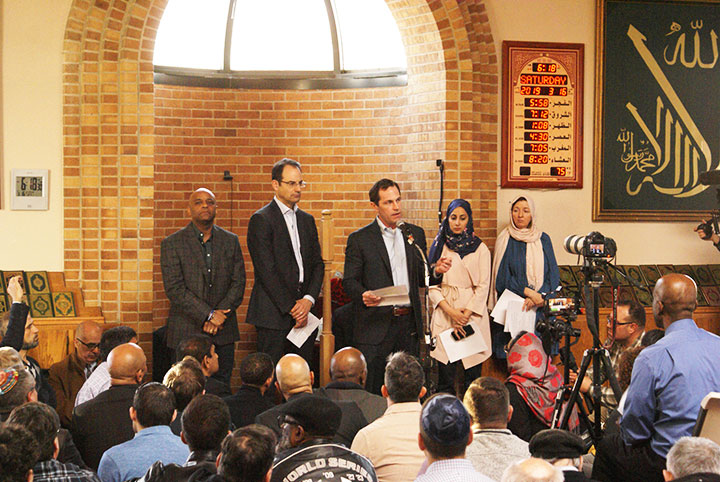 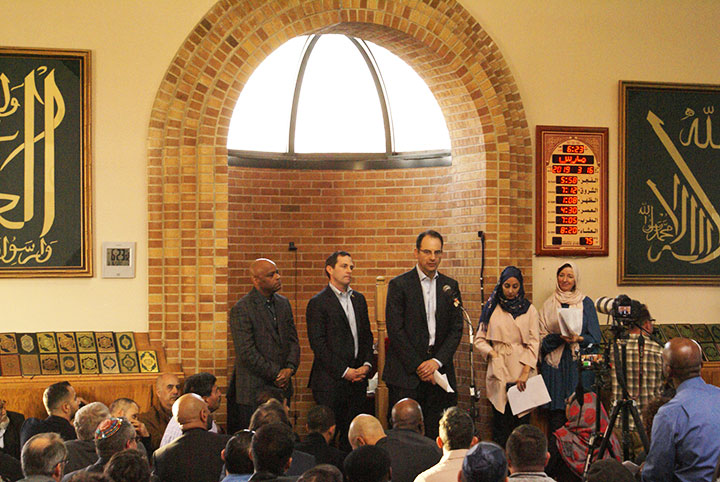 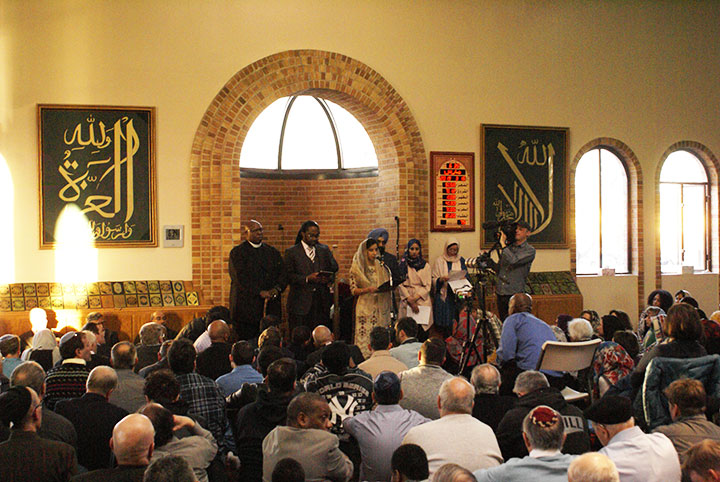