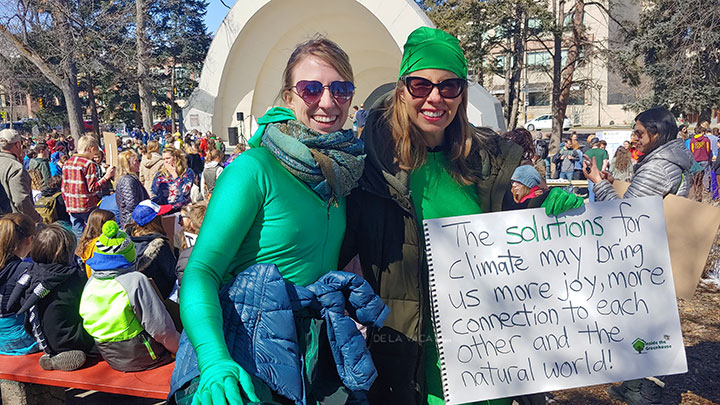 A couple of hundred excited activists and concerned community members assembled at the Boulder Bandshell to take part in the global, youth led, climate change protest: Fridays for Future. The event was organized locally by Earth Guardians, including Marlow Baines, who was interviewed by Yellow Scene prior.

One might expect that in a pro-environmental, liberal leaning, highly educated space like Boulder, Colorado, there would have been a massive turnout to protest governmental inaction — failures at the highest levels — in regards to climate change. Indeed, given that the earth was warned in the 1980’s that inaction would lead to irreversible effects by the year 2000, that the UK broadcast Warming Warning in 1981, one of the earliest known publicly televised mentions of climate change, and, finally, given that the recent Intergovernmental Panel on Climate Change report from the United Nations indicates that the continuation of our species is in jeopardy if fundamental, global changes aren’t made by 2030, one would think the streets would be full of people.

Boulder County turned out under 200 people.

While the crowd was noble, eager, happy, and hopeful, with on site musicians and poster making stations, and plans for a march down Pearl Street and a celebration in the park after, the turnout was not nearly enough. I had expected thousands, given the recent regional activism around climate change and oil and gas concerns. Arguably, while a beautiful day for a protest, after two snow days courtesy of the bomb cyclone, many parents couldn’t justify a third day off (nor take a day off themselves). Thanks, Colorado weather. Or, should I say, thanks climate change?

Deep Adaptation, a recent report by Professor Jem Bendell published directly to the web after it was rejected by an academic publishing house, “because I can’t wait any longer in exploring how to learn the implications of the social collapse we now face,” Bendell said, suggests in stark terms that we will experience the severe effects of climate catastrophe in our current lifetimes, including war, famine, and climate refugees. The report paints a horrific picture of the future of the planet, including the dubious prospect of the continuation of our species.

And still, global inaction continues at the political level and local activism is minimal.

The Action Network’s Colorado Youth Climate Strike: Boulder information page suggested that numerous schools will be participating, including CU Boulder but, in reality, it look like mostly parents with kids and a few autonomous individuals. Thankfully the rest of the world is on the case, including sixteen-year-old Greta Thunbern, who was recently nominated for the Peace Prize for her effort around climate change.

Citing the “tens of thousands” of youth who protested today, Secretary General of the United Nations, António Guterres, said in an open letter shared to The Guardian,

“These schoolchildren have grasped something that seems to elude many of their elders: we are in a race for our lives, and we are losing. The window of opportunity is closing – we no longer have the luxury of time, and climate delay is almost as dangerous as climate denial.

My generation has failed to respond properly to the dramatic challenge of climate change. This is deeply felt by young people. No wonder they are angry.” 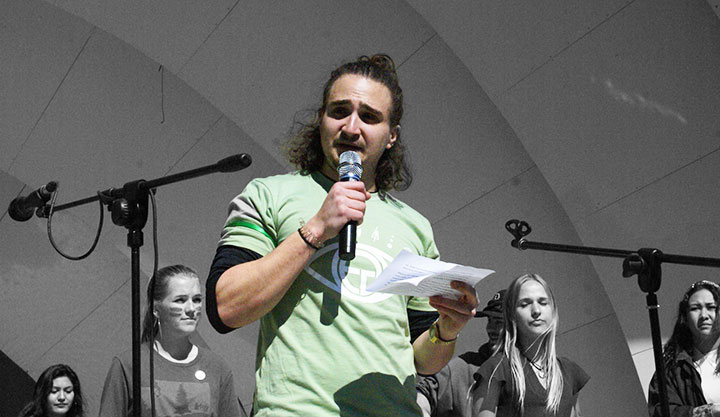 Mikey J, addressing the crowd at Boulder Bandshell on behalf of the Earth Guardians, told a story of failure and throwing in the towel. “Coming to this beautiful university, in this beautiful city, and all I learn about, everyday, is how we are failing our planet the same way we can fail a test,” Mikey  said, clear that “time is almost up.” He implored action on climate change at the local. “Sure, our chances are slim…[but] the harder the challenge, the greater the goal.”

Pointing to the freedoms we enjoy as Americans – freedoms that should spur us on to action given the foundation for activism we have, such as the right to be a part of our government, for redress, to support scientific institutions, and freedom of press  – “but for how much longer?” Declaring us all humans, in spite of political affiliations, and the hitherto unique nature of our life on earth, he asked everyone “to join my cause” and consider ourselves “guardians of the planet.”

Congressman Joe Neguse – at the bandshell with his wife and child – said the event was “inspiring” and that he was “so inspired by the young people who gathered here today to send a signal and a message that they demand that their political leaders take a stand and ultimately move the needle on climate change.”

Neguse is a champion and co-sponsor of the Alexandria Ocasio-Cortez led Green New Deal, saying that “I have full faith that we’re going to get it done with their [the youth’s] help and voice.” Neguse reminds everyone to “keep putting pressure on elected officials across our country” to support the Green New Deal. From 5 original co-sponsors when the GND was introduced, there are now over 90 co-sponsors with momentum growing. “Call your friends and family that might live in other neighboring congressional districts and other states, encourage them to get the word out and call their members” to support this important legislation.

Neguse – while not voting on the controversial oil and gas regulation bill that has passed the senate and now heads to the house – is a “strong supporter” of  SB 181 as well. 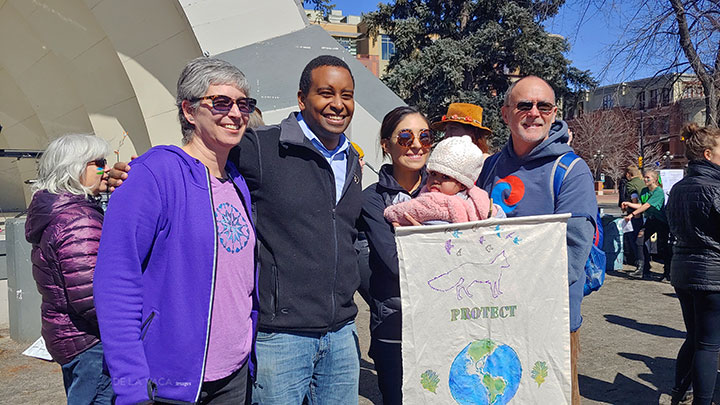 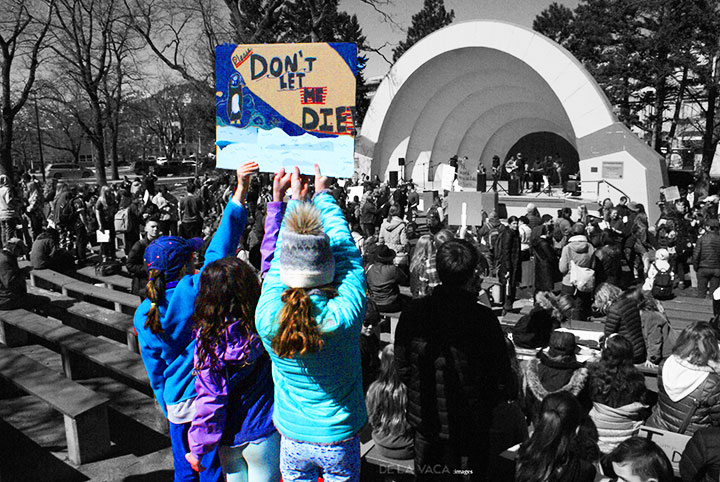 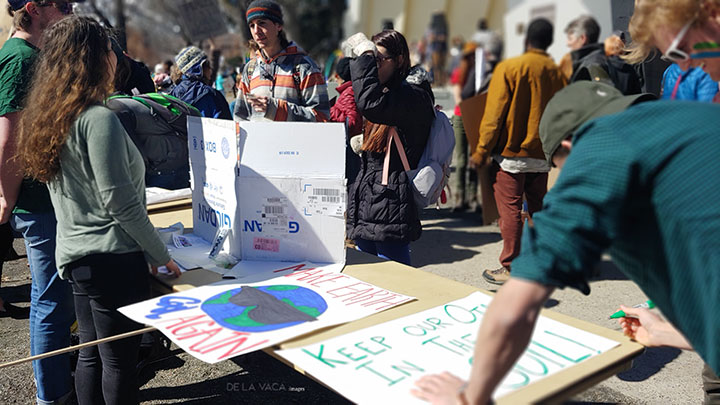 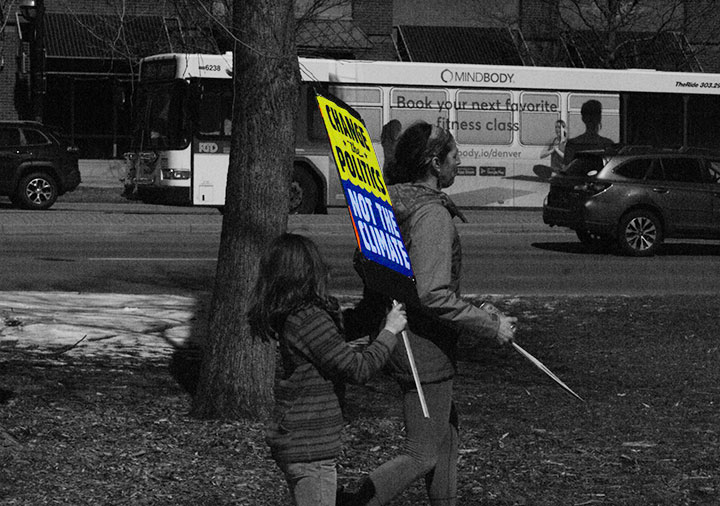 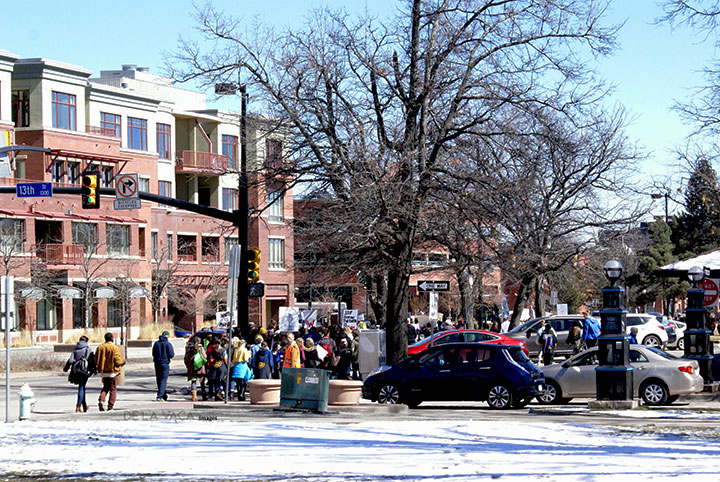 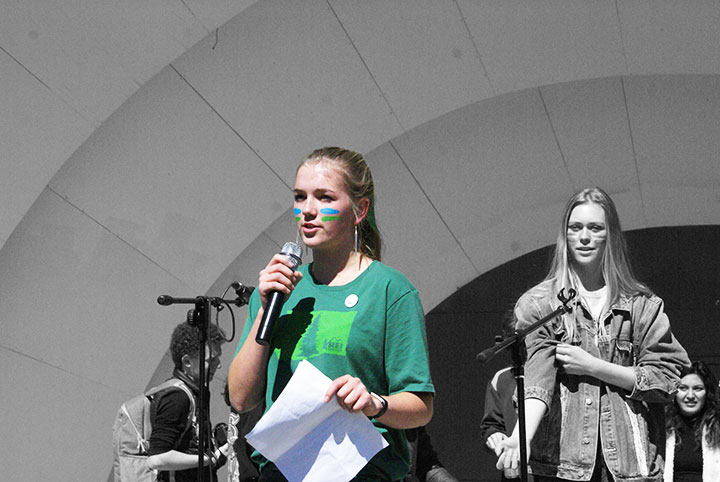 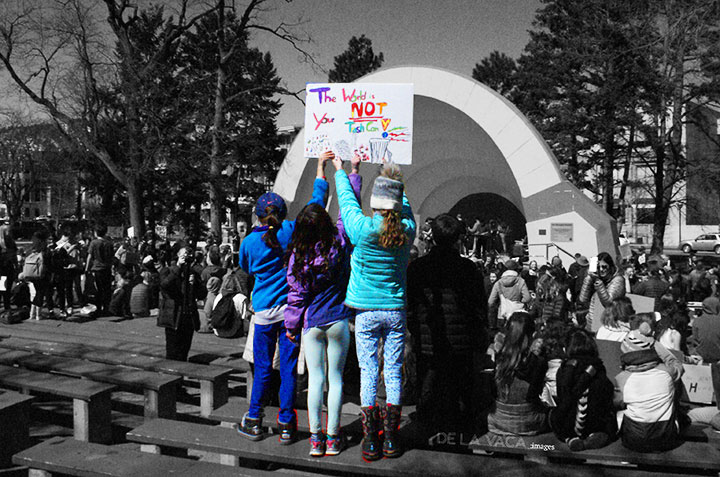