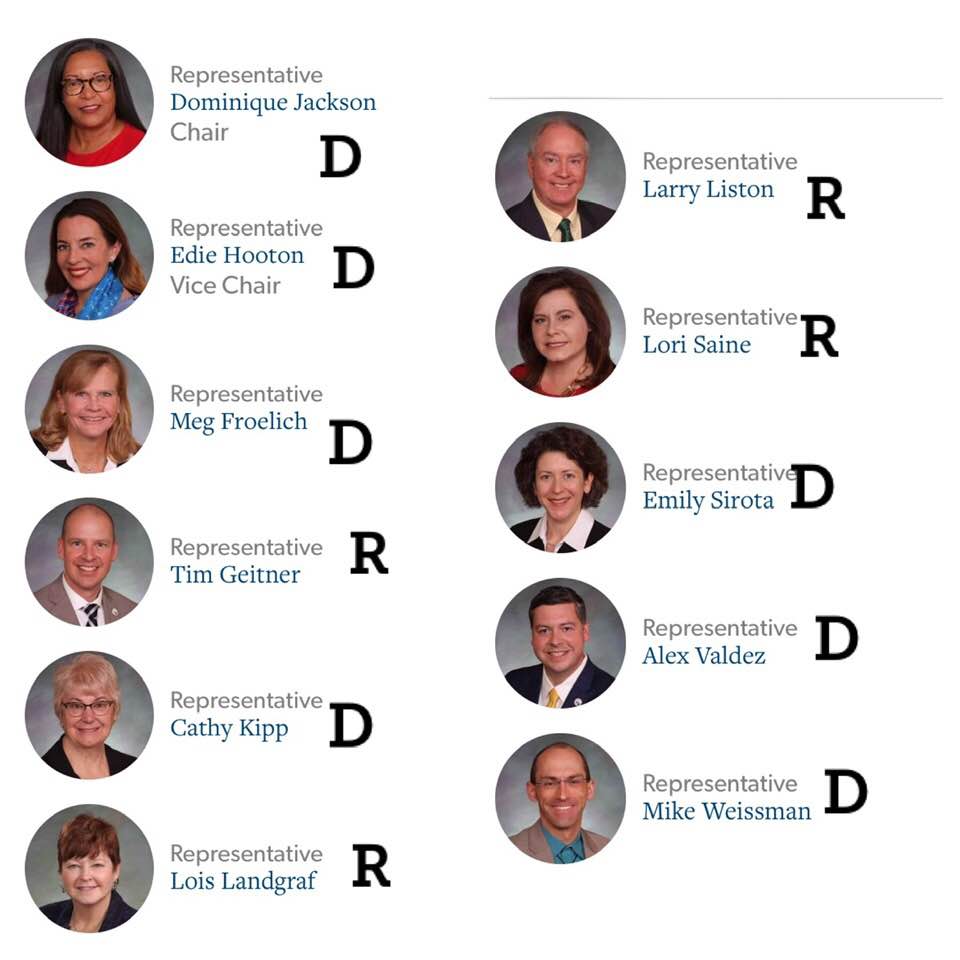 The oil and gas omnibus bill SB19-181 passed through the Senate last week along party lines at every vote. This bill has now moved on to the House of Representatives. The first Hearing was in the House Energy and Environment Committee on Monday, March 18. The hearing started at 1:30 pm with testimony being heard from both proponents and opponents of the bill at the Capitol, as well as from six remote testimony locations. Testimony lasted until 1:30 am with the final panels being those in support of the bill. The House Committee vote occurred at 2:00 am along party lines with the 7 Democratic Representatives in support and the 4 Republican Representatives opposed. This bill now moves to the House Finance Committee next week.
Prior to the House Energy and Environment Committee vote, Speaker of the House KC Becker who is also a prime sponsor of the bill, clarified that this bill has not been rushed – specifically noting that it legally only requires 3 days for a bill to be approved and that SB181 will take four weeks to complete the process. She also noted that the components of this bill such as: changing the mission of the COGCC to “regulate”, rather than “foster” oil and gas development; increasing forced pooling thresholds; reducing emissions; addressing orphaned wells; and providing communities with increased local control are not new concepts, but rather these same components have been repeatedly discussed and many bills have been introduced over the past years, but failed to pass into law.
From the beginning, the bill sponsors Senator Fenberg and Speaker Becker indicated that the legislators wrote the bill – specifically noting that the industry did not write the bill and neither did the environmentalists write the bill. This is a bill that addresses the conflicts that have arose as technological advances in oil and gas development have made it technically feasible for operators to drill in close proximity to established residential communities. It is simply wise and prudent for the legislature to address these conflicts now which are currently resulting in court cases being filed at the local, state, and federal level.
Supporters of the bill cited health and safety concerns, outdated forced pooling laws, and financial concerns over the infrastructure that will one day need to be reclaimed. Health concerns included oil and gas emissions that contribute to ozone for which the Denver Metro/North Front Range region remains in ozone nonattainment for both the 2008 and 2015 EPA standards. Many studies were cited that show an increased rate of asthma, leukemia, low birth weight and other health related concerns for individuals living near oil and gas development. Residents of communities that are being “force pooled” if they do not consent to leasing their minerals also spoke about the outdated laws that were written for farmers and ranchers – not residential communities.
Opponents of the bill repeatedly referenced that they feel that the bill was rushed and that they did not get a seat at the table as stakeholders. They noted that a ban or moratorium on fracking would lead to lost jobs and state revenue. They also dismissed the claims of the impacted citizens who are currently facing the health, safety, and nuisances of residential fracking.
It was clarified multiple times that SB181 is not a one size fits all approach like statewide 2500′ setbacks, but rather addresses the needs of the individual communities through increased local control which allows rural Colorado to simply follow the state provided regulations and not assert additional local control, while local municipalities along the Front Range with higher population densities will have the ability to plan and zone for this heavy industrial activity like they do for all other industries. This does not create a patchwork of regulations, but rather allows the local governments who understand the needs of their communities to enact more stringent regulations.
SB181 now moves to the House Finance Committee next week as it makes its way through the House.

View all posts by Laurie Anderson →
Laurie Anderson is a resident of Broomfield and a member of Broomfield Health and Safety First (the group that passed Proposition 301 in Broomfield). She is a Mechanical Engineer by trade, but is currently working to bring a voice to communities impacted by residential fracking. She focuses on cumulative risk analysis and health impacts of oil and gas development near residential communities.