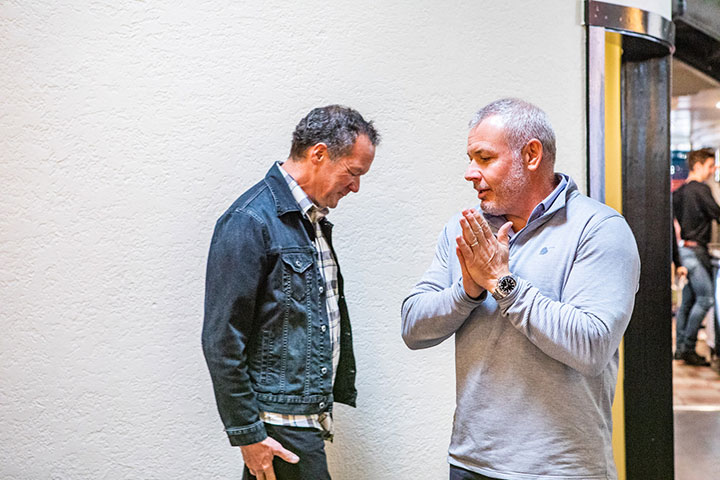 The Rio Grande Restaurant has been in Boulder for 33 years, serving Colorado its own brand of from-scratch TexMex fare since 1986. To think, it all started with black beans discovered while bouncing around Mexico in the 80’s. 33 years is a long time and the Rio Grande felt like it was time to “renew, refresh, and reinvigorate,” according to CEO Jason Barrett. The Rio Grande have stepped up their game, with the bar formerly tucked away in the back now prominent and inviting, the colors updated, the decor decidedly Mexican uptempo, and street access ready to make the first floor as sexy as the rooftop patio. Oh, and they’re having a grand reopening party tonight, so get ready to fiesta.

Founder and owner, Pat McGaughran, grew up in Houston, a city known for its cultural diversity, including a strong Latino community, and TexMex cooking. Living in such a melting pot, McGaughran spent his youth eating plenty of fresh, Mexican food, both at his friends’ homes and out at Houston’s well-known TexMex restaurants.

McGraughran brought his native Houston Tex-Mex style to Colorado to help diversify and invigorate the local foodie landscape, a landscape that has grown to be one of the best in the country. Indeed, as has been widely reported, National Geographic Travel Magazine has named Boulder a top-five foodie destination several times. McGaughran said in his remarks that, really, “It’s been the tremendous support of boulder that tells the story of why we’re here today,” remembering the way the community here embraced the Rio Grande franchise, which had begun in Fort Collins, and helped transition them into the legendary chain they are today. He joked that, “this building was a dealership for REO Speedwagon, so the word ‘Rio’ was on this building, but it in a different way.”

BOCO is also one of the most competitive foodie landscapes in the country, with chefs, restaurant groups, and food writers across the region talking about how easy it is to be squeezed out or fail to compete, with new restaurant starting and closing regularly. Barret reminded the crowd that, “the list is very small of restaurants that’ve been around for 30 years…and even smaller with the original founder still leading the restaurant.” When we talk about the restaurant scene boom and bust, the creative explosion, the vibrancy of the industry, and the level of competition, he’s clear: “there’s a saturation of restaurants in many of our markets. How do we answer to that? This is our answer to that.” 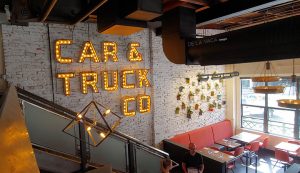 Rio Grande has long proven its value, its Mexican bonafides, and has been here making excellent food for decades. That means long time regulars, name recognition, favorite drinks and dishes, not to mention the beauty of the location. 1101 Walnut Street is seriously good real estate; Barrett says the team assessed it “rather quickly” and decided, “you know what, this is a good piece of dirt here. This is where we need to be”. But, as is wont to happen, walls get dingy, and seats get old, and styles come into and out of fashion.

In order to compete and stay contemporary, what I had haphazardly jumped in and called keeping up with the 21st century, Barrett more eloquently called being “current, relevant, competitive, [and] contemporary…versus just standing still and hoping people come to your restaurant”. And they’ve done a helluva job.

Let me be honest. I’ve been to Rio Grande a few times in my life, and each time it felt a little emptier and more drab than I wanted it to be. It’s such a beautiful space on such a great corner in downtown Boulder, just off Pearl Street where, if you’re hanging out like a local, you’d hope to be. The changes had to be the right changes. So what did they do?

That famously long, packed bar in the back room always felt like it was the only room that mattered, the front area feeling like an awkward overflow area. Now the bar has migrated back to the front (it was in front when the building was first purchased). It’s an important design decision to pull the bar action out  from the cavernous, off front area to front of house. It’s important for passers-by who can now glance in the window to see how badass the place really is which, let’s face is, we all do when we’re walking around looking for the best place to slide into. Barrett says they want to “be able to take the vibe and the atmosphere and tie it to the street.” 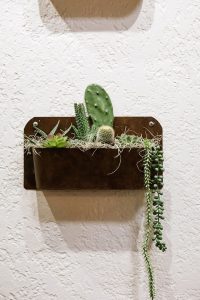 There’s a certain enjoyable irony in using the former main space as a private event space for the preview event we’re at, and I’d bet there will be plenty of private events and parties held there in the coming years.

They also updated colors, bringing in a cool, refreshing – can we say more Mexican – vibe, changed the seating up, and integrated the great garage doors to the front of house creating a wonderful new patio feel for downtown to enjoy. They also updated decor. I particularly loved the living walls, exactly the kind of cute, kitsch, Mexican succulent goodness you’d find in many a Latino home and business. The vibe is spot on. The skull wall is a second favorite.

The goal of it all: Let’s get them in here and get them excited about old school Boulder Mexican food. There’s not a lot of Mexican restaurants in downtown Boulder to compete with, so you’re really just competing with foot traffic headed another directions and other local staples that have grown, like Hapa Sushi and the Lazy Dog, and then the high end restaurants that dot the landscape. As far as we’re concerned, given the history and the incredible facelift, Rio Grande will be serving amazing black beans, mom’s style Mexican rice, classic margaritas, and fajitas for another 30 some years. And we’ll be there to toast again.

The Grand Reopening – a really fun cocktail party with live music, Don Chicharron – is tonight at their Boulder location from 6 – 9 pm. You can get tickets here. 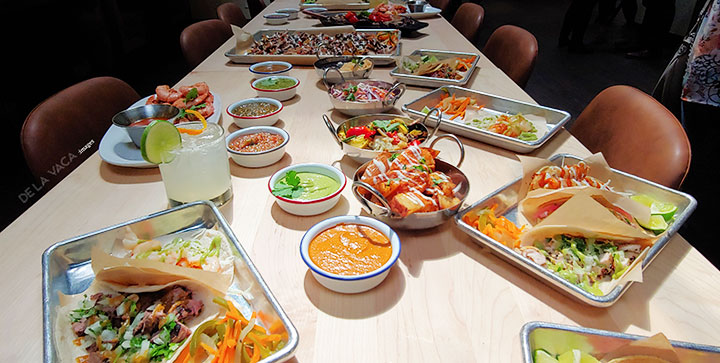 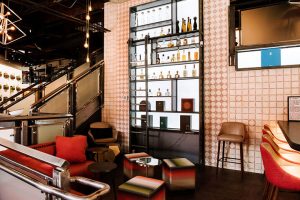