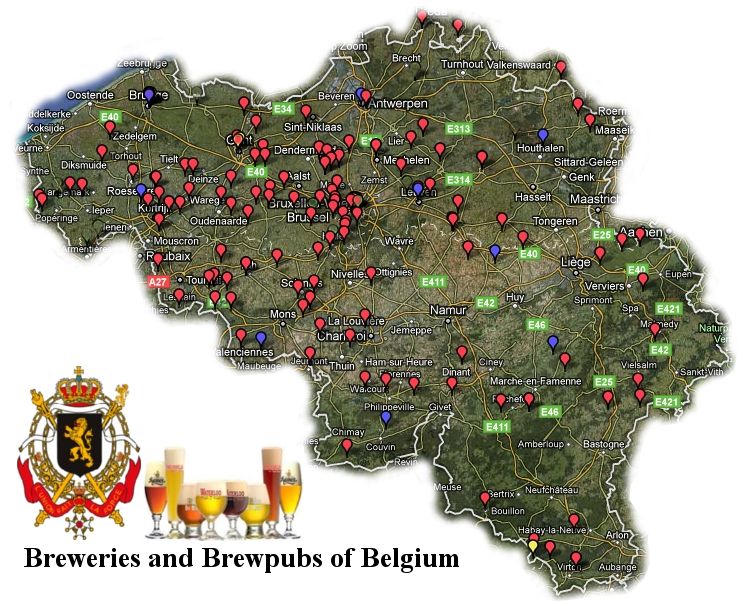 We all love Colorado’s 300 days of sunshine during winter; if you don’t, you may be in the wrong place. Summer, however, is a different story.

As temperatures skyrocket drenching our clothes in sweat, we want nothing more than to shake our fists and shout profanities at the sun. Yeah, it gets hot in summer. Sweating bullets kind of hot. We need ways to chill out mentally and physically, especially after workouts Coloradans will never avoid. One of the best ways is indulging in a refreshing beer.

Colorado is all about craft beer. Porters, stouts, goses, IPAs, saisons…you name it. While a hearty dark beer is the go-to for winter (for me, anyway), in summer, nothing tastes better than a light, refreshing style of brew. An option more versatile than The Beatles’ song collection is, drum roll please, Belgian beer!

I knew learning from some of the best Belgian brewers would be tough. I knew it would require visits to multiple breweries to sample numerous variations of Belgian beers. True suffering for the sake of writing a piece brimming with knowledge to educate you, the reader (in the way these past sentences are brimming with sarcasm).

To research the methodology of Belgian brewing, I sauntered over to various breweries. Well, technically I got rides because I get tipsy just looking at beer. At Sanitas in Boulder, while waiting to speak with Chris Coyne (one of the cofounders of Sanitas) I spoke with Zach Jardinico, the financial controller at Sanitas. Though he claimed to lack knowledge regarding Belgian beer, he enlightened me about how the brewing process “uses Belgian yeasts specifically, which generally make for a more attenuated beer.” Attenuation refers to the conversion of sugars into alcohol and carbon dioxide via fermentation, so since, according to Jardinico, “Belgian yeasts eat more of the residual sugars in the fermentable wort, it makes you perceive a dryer beer with more carbonation.”

About halfway through my saison, Chris Coyne stepped into the taproom to chat. He explained an important aspect of Belgian beer description on menus and labels. “If you call it a Belgian beer, it sure as hell better come from Belgium otherwise you have to say Belgian style.” While we chatted, I sipped on their Cherry Saison, a delightfully refreshing beer featuring delightful Belgian esters (the fruity aromas in beer) mingling with lovely cherry undertones. I then began to understand why Belgian beers and summer go hand in hand.

Coyne told me that approximately 20 to 30 kinds of yeast classified as Belgian tend to be “more estery and phenolic (clove-like, smoky aromas)” than other yeasts. Stylistically, Belgian style beers are rather broad because, as Coyne explained, “Belgians were historically more innovative as brewers than some of the other traditional brewing centers like England, Scotland, and Ireland.” More specifically, they experimented more in their use of fruits and spices. Coyne believes that brewers in the United States have taken up the mantle of creativity from the Belgian brewers. “Americans desire a wide diversity of beer styles, and Belgian beers fall into almost all categories of beer, thus satisfying a wide range of palates.”

Ryan Evans, the owner of Bruz Beers out in Denver, expanded on why Belgian style beer appeals to so may people. Hundreds of distinctive Belgian yeasts, multiple brewing methods, and adding fruits and spices just graze the surface of what gives these beers ample diversity. Belgians and Belgian brewers here craft beer according the season. In summer, brewers at Bruz add seasonal fruits and vegetables, such as blackcurrant and beet. ”Our summer beers are often fruited, fresh, and lighter with a dry finish, “explained Evans. “The yeast strains themselves are the biggest component of a Belgian beer as it is used for flavor. We hand select yeast strands based on what flavor they will impart into the beer.”

Some Belgian beers require patience. Bruz releases sour beers, which take years to brew. Bacteria creates the sour flavor. It enters into the brewing process either by open fermentation or by brewers introducing it. Evans believes that Belgian style beers are becoming more popular with Americans because they are seeking unique experiences over just a lager, and Belgian beers provide just that.

I next moved on to 12Degree Brewing. Jon Howland, the founder, began as a homebrewer to create beers that he wanted to drink but could not find. He was drawn to the Belgian way of brewing, as this method focuses on creating a diversity of flavors. “At 12Degree, we’ve brewed dozens and dozens of Belgian styles with a twist or Belgian-American hybrids with some really delicious results” said Howland, “and I don’t think we’ve even scratched the surface of what’s possible.”

He explained that “the Belgian brewing tradition is steeped in a culture of creativity” and that historical Belgian brewers included monks and farmers. Howland stated that the “look and feel of 12Degree is inspired be the places I visited in Belgium.” In the brewery, a long bar, communal tables, and an absence of a television encourage people to interact with each other in the traditional Belgian way. On hot days, Howland feels “there is nothing better than drinking a Belgian White on a patio in the summer. A great one is going to be dry and refreshing with a hint of coriander and orange peel–super drinkable and super flavorful!”

When writing about Belgian Beer in our area, Cellar West, a small batch brewery founded by Zach Nichols and nestled in Lafayette, cannot be left out. They focus on Belgian farmhouse (not like the Phish song) style ales with the goal of creating a unique beer experience. Currently, their menu features ten Belgian farmhouse ales that are “rustic, oak aged, and/or wild beers.”

After my Belgian style beer sampling adventures, I can say with certainty that they are, indeed, the perfect summer beer. With light and refreshing pilsner lagers, Belgian singles and saisons, there’s something for everyone under the summer sun.

View all posts by Marisa Mostek →