Defoe: Music that colors outside the lines | Music Review 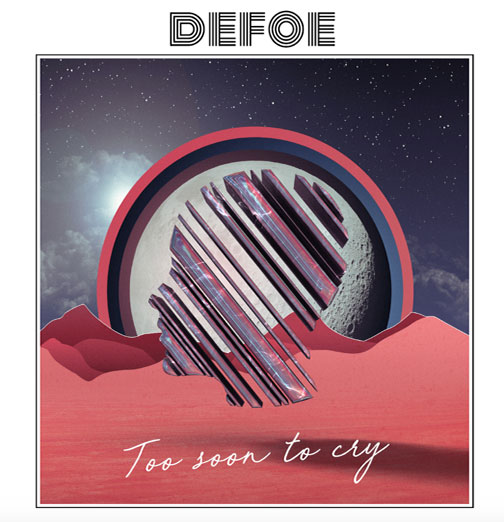 Talk about coloring outside the lines. Defoe’s new debut LP Too Soon to Cry syncs eerie and lighthearted melodies to create a masterpiece manifested by earthy tones, powerful film-score sounds, and interlaced vocals.

Defoe grew up on the “meat and potatoes” of music. The result of having parents that were much older than the average is her appreciation for the classics. Equipped with a garage-sale purchased piano, Defoe began shaping her career as a musician at the young age of two. By nine years old she began recording music, and would soon hit the road with the Philippines for a nation-wide radio tour at only 13 years old. To polish her god-gifted talent, Defoe enrolled in the Musician’s Institute for Music Engineering in Los Angeles.

Throughout her life, Defoe was influenced by mentors to become a pop/country crossover artist. Although she temporarily gave in, she eventually grew into the creative, risk-taking producer she is today

Defoe’s style is like no other. She combines vintage sounds – similar to idol Patsy Cline – with modern production, creating a nearly cinematic soundscape. Each note is carefully crafted to take you on a journey, sometimes innocently dreamlike, sometimes uneasy and mysterious, as is apparent on the track The Road to El Paso:

“I once killed a man

And I knew what I was doin’

So I washed down his heart

With an ice-cold beer

The edgy lyrics combined with intense beat changes and eerie forest sounds will have you searching for context, which Defoe forces the listener to create.

Interestingly enough, Defoe found inspiration from her past for the album Too Soon to Cry. While filtering through old hard drives and previous work done at a much younger and trivial period of her life, she chose 7 of her best pieces of work. The other three songs were adopted from a horror film score she was featured in with director Dylan Reynolds. Reynolds, her neighbor, was intrigued by her sounds which were projected throughout the hallways, and in 2017 she was invited to star in the motion picture “420 Massacre” film score.

Although there are certainly tracks that will leave a mysterious ambiance in the room, Too Soon to Cry also bears a pleasant sentimental sound in tracks such as “If I Could Have It My Way,” weaving birds chirping, various nature tones, and cheerful piano creating a blissful musical voyage.

“I see it in your face

I’m glad to have you here

I’m glad to know you”

Her lyrics are just vague enough to contain a broad spectrum of relatable emotions that resonate with listeners, while still maintaining a personal, authentic flare. Defoe’s words are bound to sweep you off your feet, in a gorgeous, inspired, sometimes pained, always poetic way, while her production styles occupy realms that remain uncharted by others.

Find Too Soon to Cry streaming on iTunes and Spotify or on her official website.

If you’re not convinced yet, first of all, what’s wrong with you? Second, here’s the video for In Other Words, off the new album. Now, go get you a copy.

View all posts by Kalli Gardenhire →