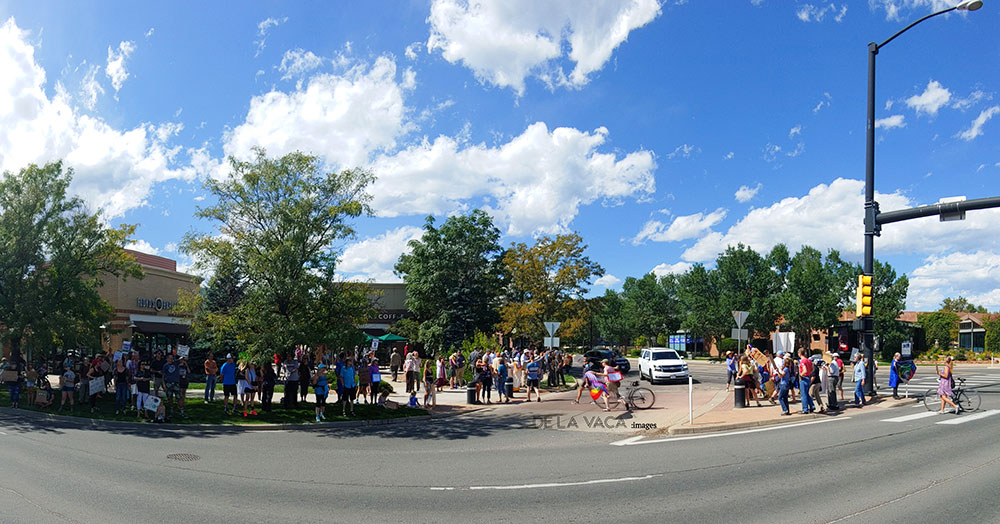 Responding to the call of 16 year old Greta Thunberg of Sweden, an entire planet of hopeful, tired, terrified activists and protectors mobilized to call for action to avert climate catastrophe. The world showed up today, to stare down eradication and to stand up for the earth and all its diverse inhabitants.

In Manchester, 10 year old “Primary school pupil Lillia, from Oldham, took to the stage as hundreds of children and adults gathered in St Peter’s Square,” Manchester Evening News reported. She began by questioning her mayor’s actions, reminding him of promises he had made several months before and asking what he had done since. He replied, “probably not enough”. She implored the adults who had gathered, “To adults I say, you have the power to vote. We need you to keep amplifying our voices. We can’t wait until we’re old enough because we need action now. With all of us working together in solidarity we can bring about change,” a message that resonates around the world.

In Swansea, Wales (not Denver), a majority youth march ended at council chambers, after which “the group spontaneously decided to go inside,’ Wales Online reported. A “witness said that the security were unsure how to react and the group, which was largely children, ended up in the council chamber,” where they echoed Greta’s call for listening to scientists.

650,000 were reported to have gathered in Sydney, Australia.

1.1 millions students were dismissed from New public schools to participate in the strike.

Millions have marched around the world as part of today’s Global Climate Strike.

It was no different here in the city of Boulder where approximately one hundred locals, with several dozens coming and going throughout the event, took over the sidewalks at the corner of 28th and Pearl, followed by speeches on the patio in front of Starbucks. This location was a strategic pick given the amount of traffic that passes by, the Starbucks (a company which refuses to end use of single-use Plastics), and the accessibility.

After an afternoon of protest that included a widely diverse spectrum of people, signs in hand, smiles spread, with cars honking in support, some speeches were given. Speakers included clergy, a poem from a Sufi monk named Moji Agha, the dozens that gathered to hear the speakers were marked mostly by their happiness. It was a strange thing to notice, but it was the smiles, it was a three year old boy rapt with attention staring up at the monk, it was the grandparents holding signs along grandchildren.

The fact that we all hope to be true is true, and this is important: while the world is careening off course, while climate change is real, while the future is bleak and made more so by inaction at the highest levels, it still has a heart and soul in the humanity of those who stand up and say, No More. Signs with slogans like, “There is no planet B” and “I am only 7 I Believe in Science, Why don’t you?” point to a generation – generations – who have not and will not surrender to the greedy.

My favorite moments was while sitting on the grass listening to the honks and beeps and the chants and waves, and a young man who couldn’t have been more than 12 or 14 years old – with all the excitement of a sports enthusiast watching his favorite team – shouted to his mother and his grandmother, “This has been amazing. I’m loving every second. It’s amazing what a few people in their right minds can do”.

…a few people in their right minds. That really struck me. You almost have to be out of your mind to subject the earth to the senseless devastation, to a future of dystopian proportions, where our very survival as a species isn’t guaranteed.

This climate strike isn’t the tipping point of climate action. This isn’t the moment earth was saved, but it’s another step in that direction. We have a lot more fighting to do and – let’s be clear – it may get ugly before the powers that be concede to the demands of survival. TruthDig’s recent article on the role of capitalism in this “first extermination level event”, the increasing levels of global degradation, the ecology of economics, and existential antagonisms predicated less on natural occurrences leading to extinction events but on an intentional and willful kill off of the planet and the life dependent on it, including our species, by the capitalist elite makes that clear.

We have to end capitalism *as we know it* if we have any hope of surviving; no, that doesn’t necessarily mean the end of capitalism, but a form of Green Democratic Socialsm would be the best start. The rich reaping reward by scraping generations off of our planetary lifeline – sure that they will be fine – will not be fine. There is no escaping what’s coming.

Today, millions gathered around the world to demand the same.

Pictures of the Boulder #GlobalClimateStrike action by De La Vaca unless otherwise noted. 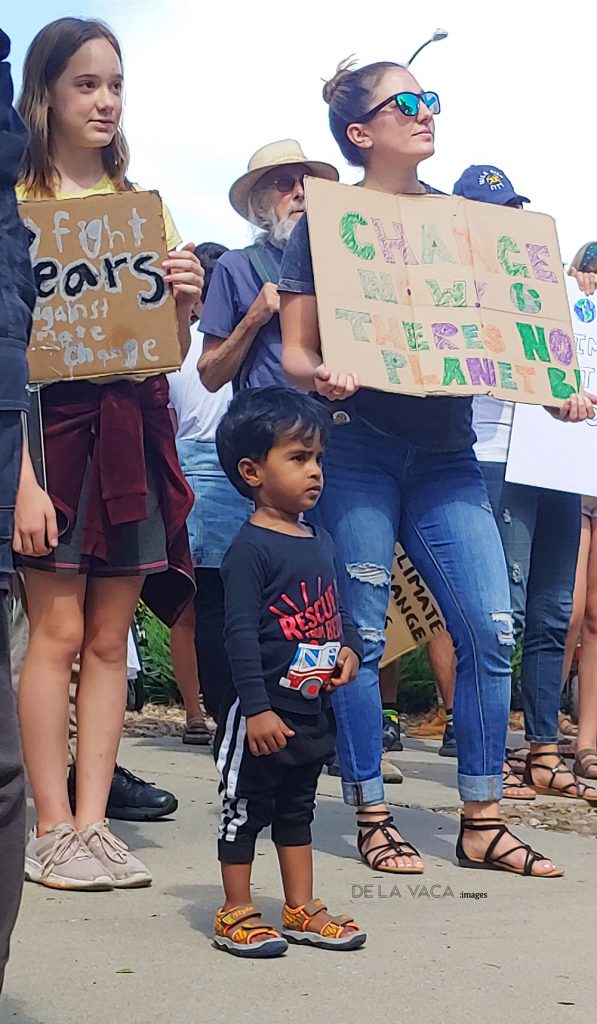 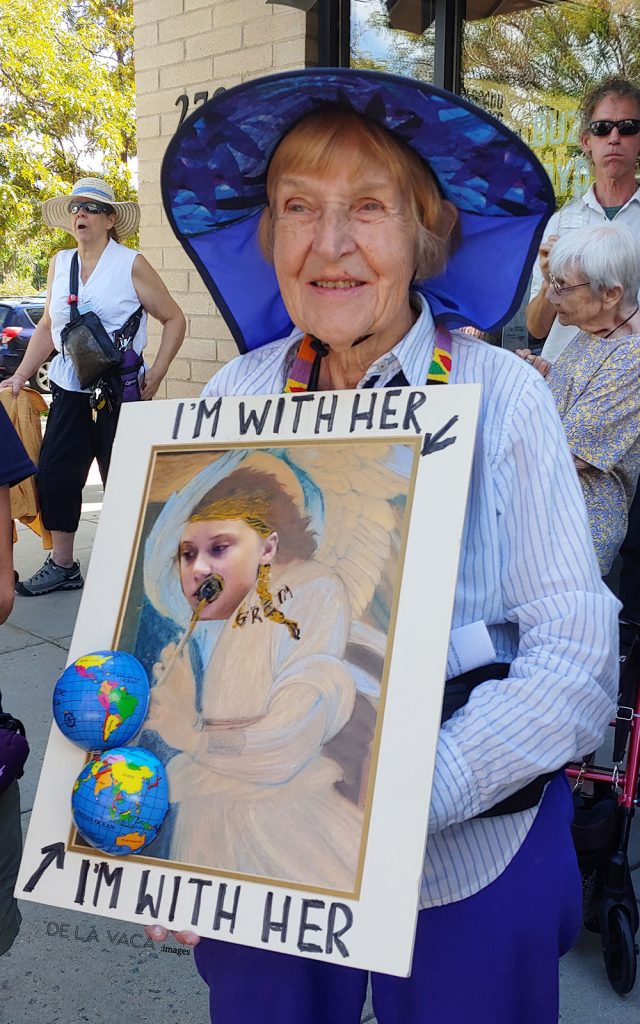 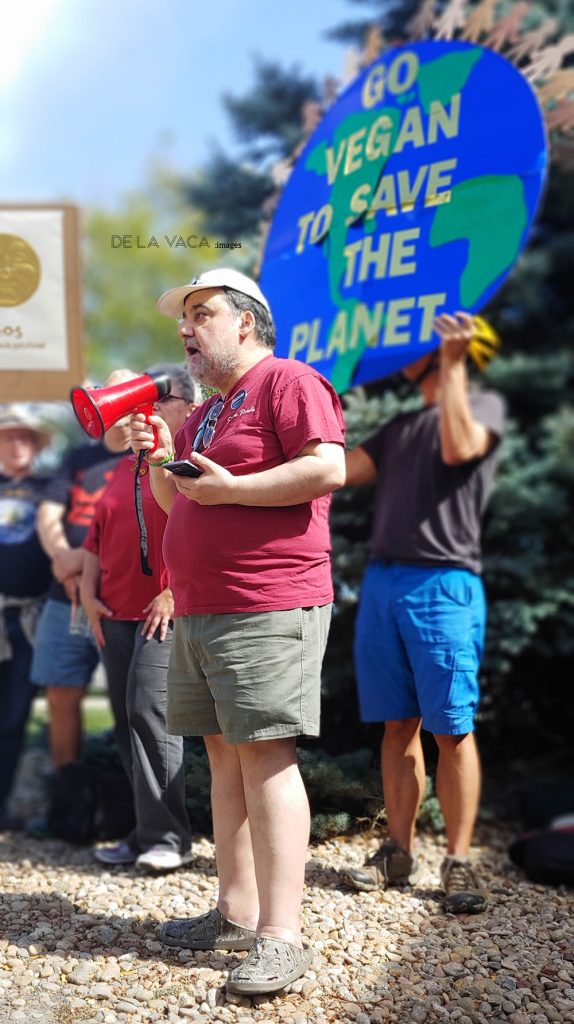 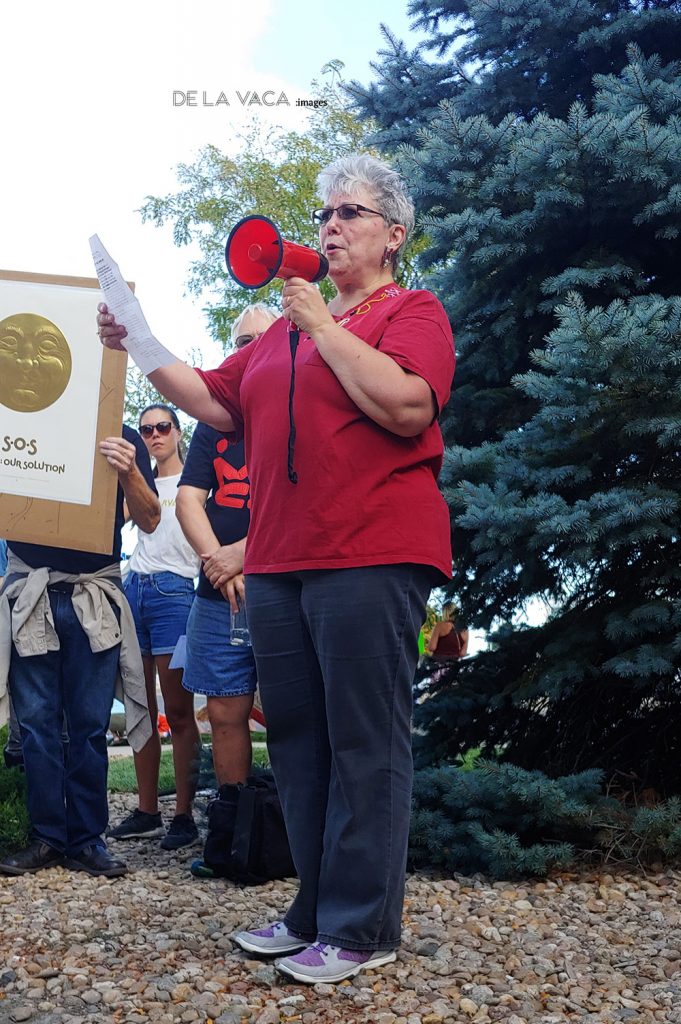 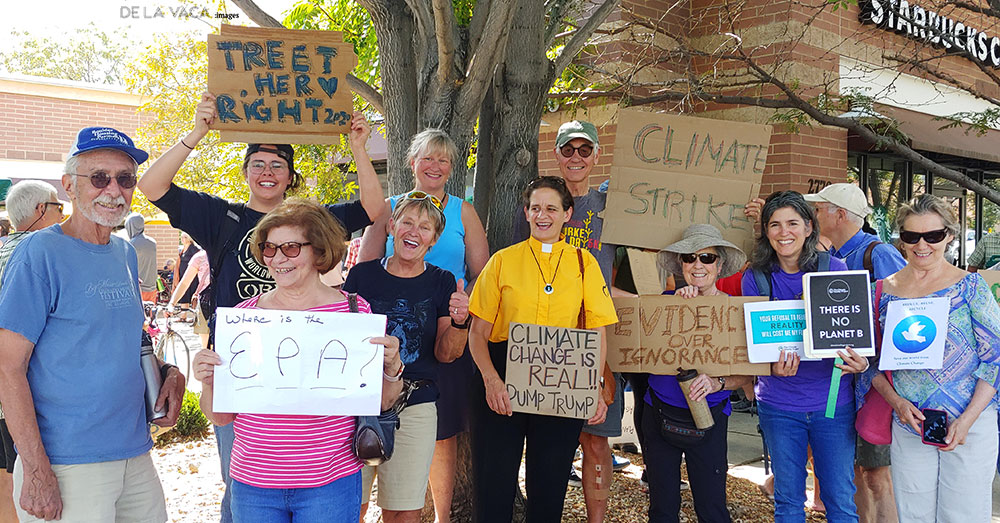 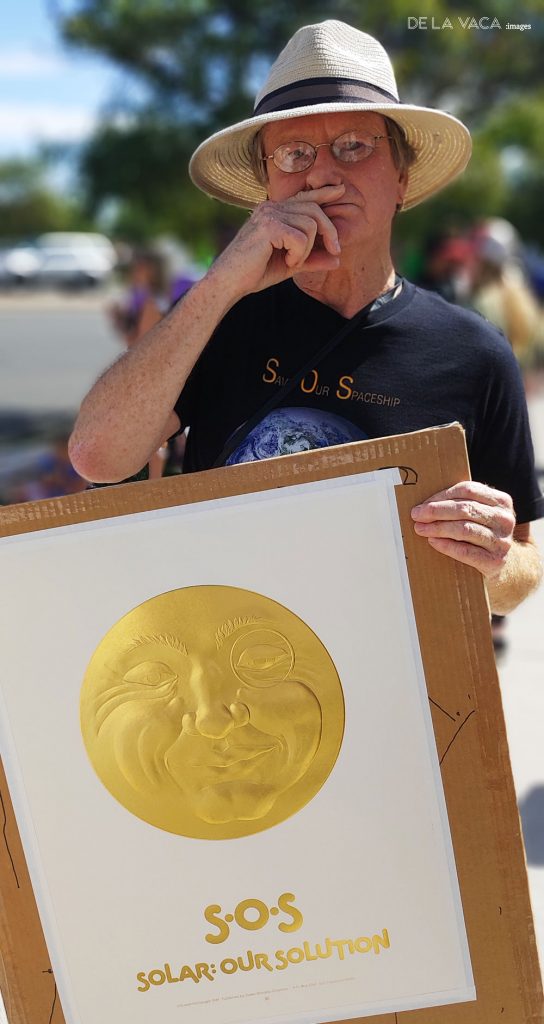 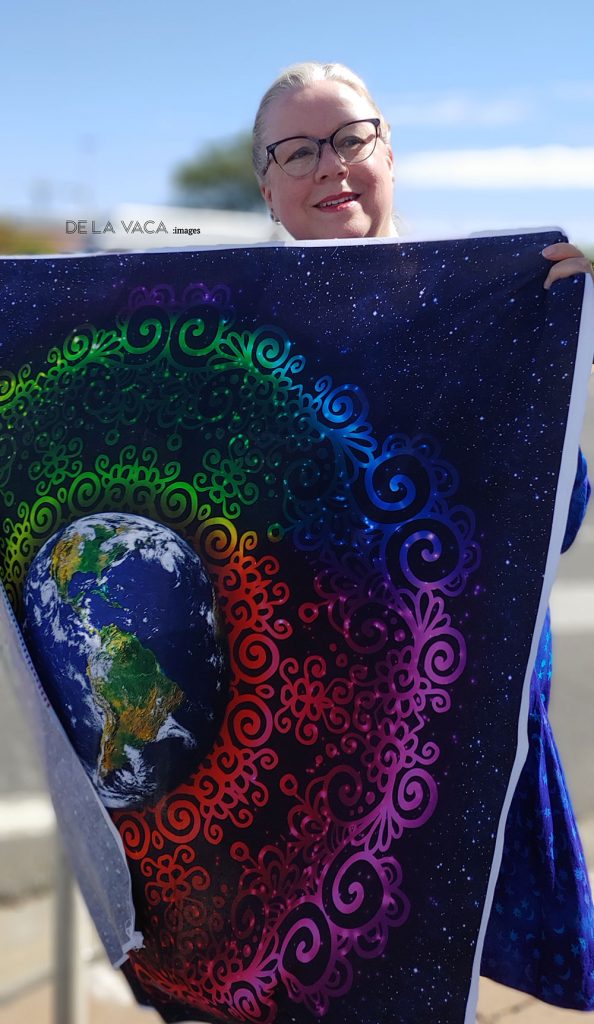 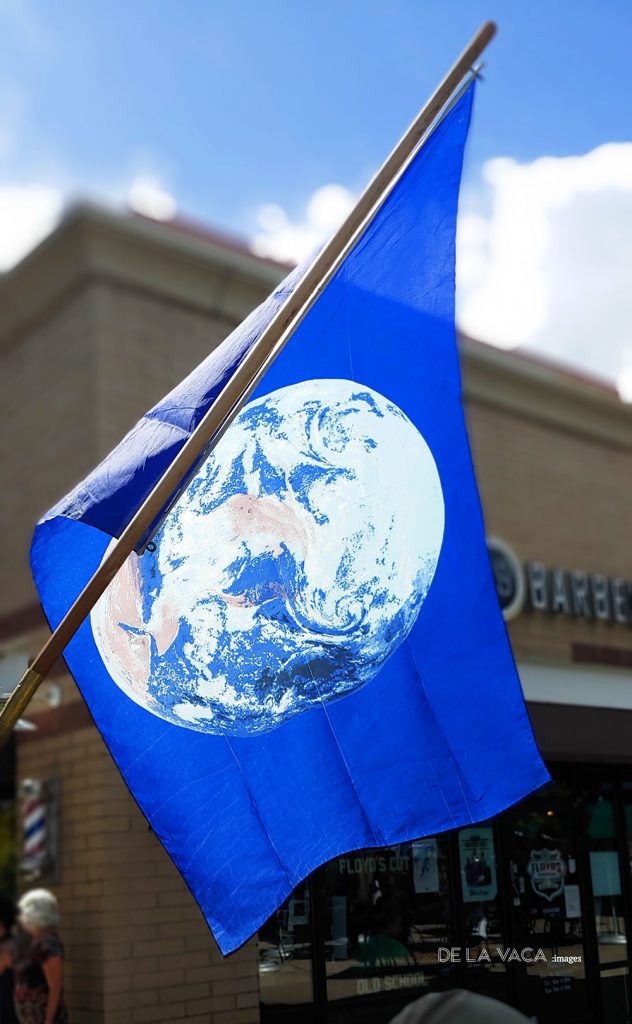 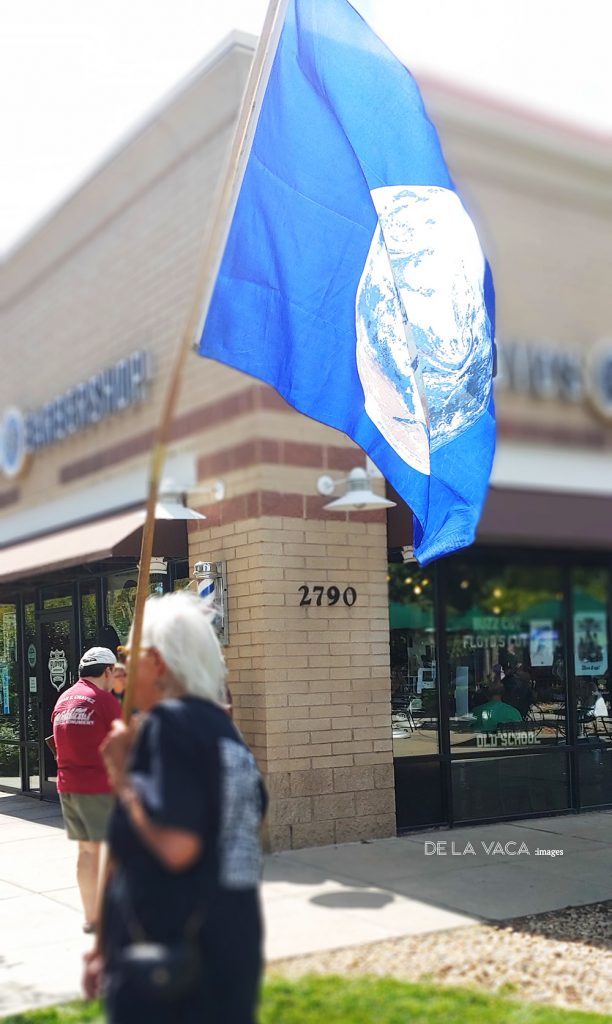 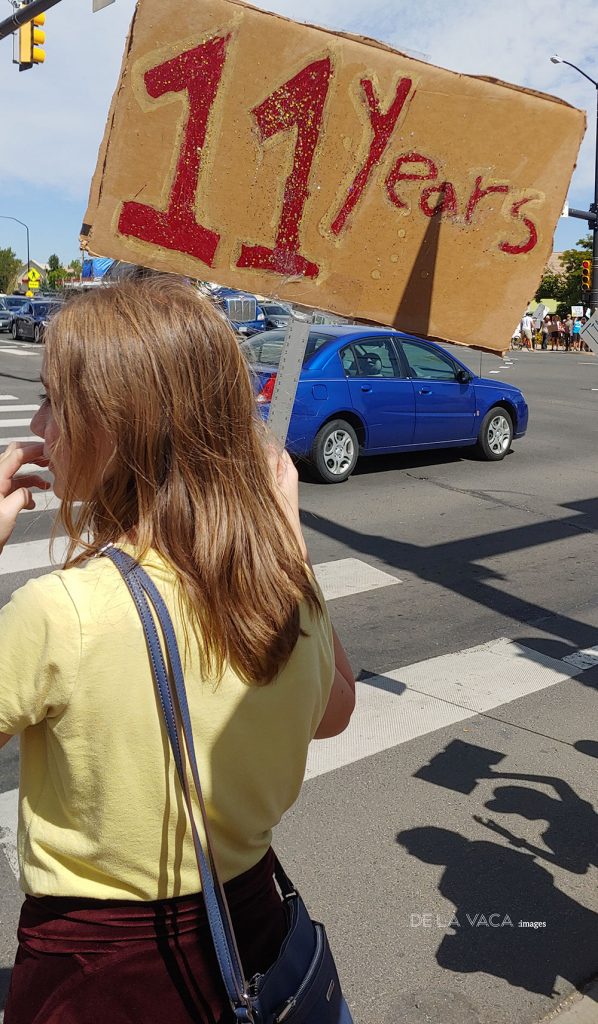 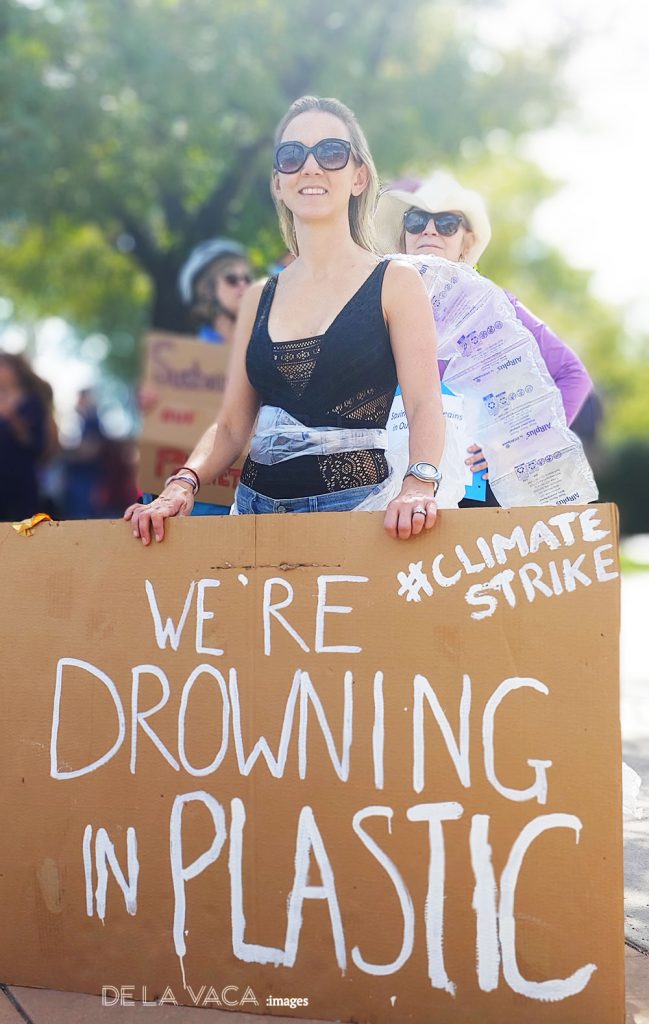 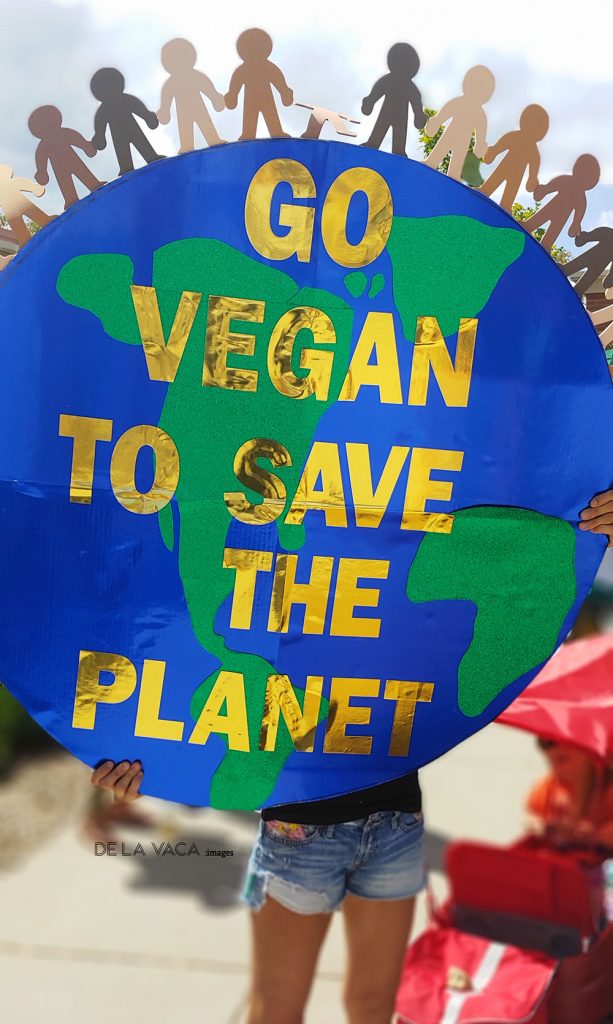 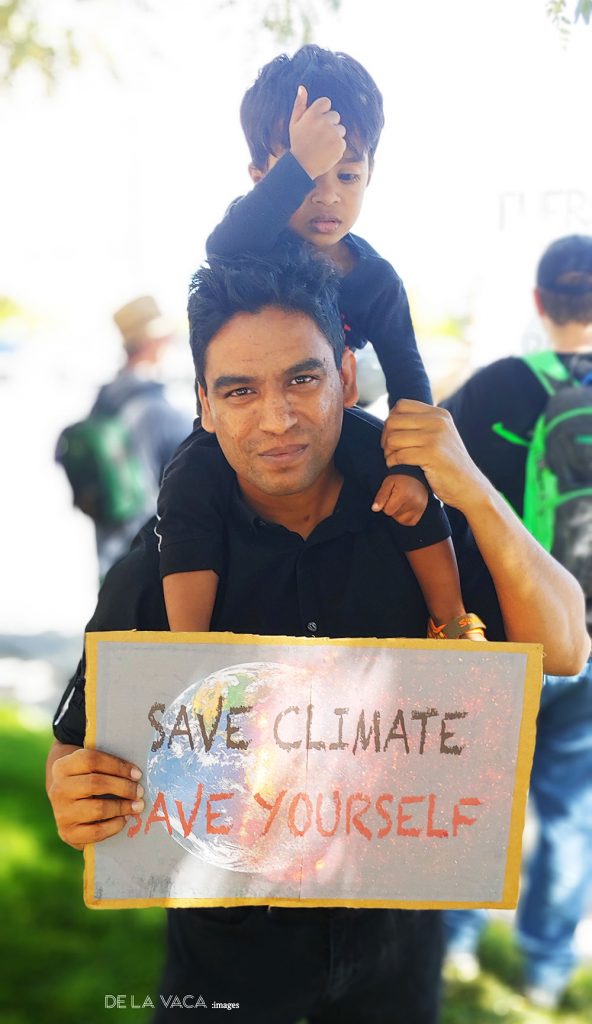 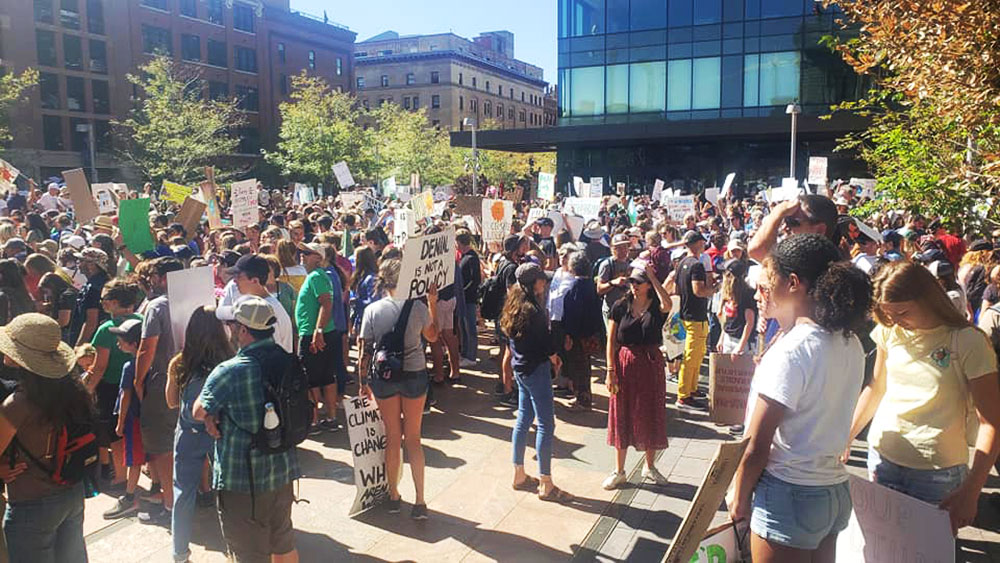 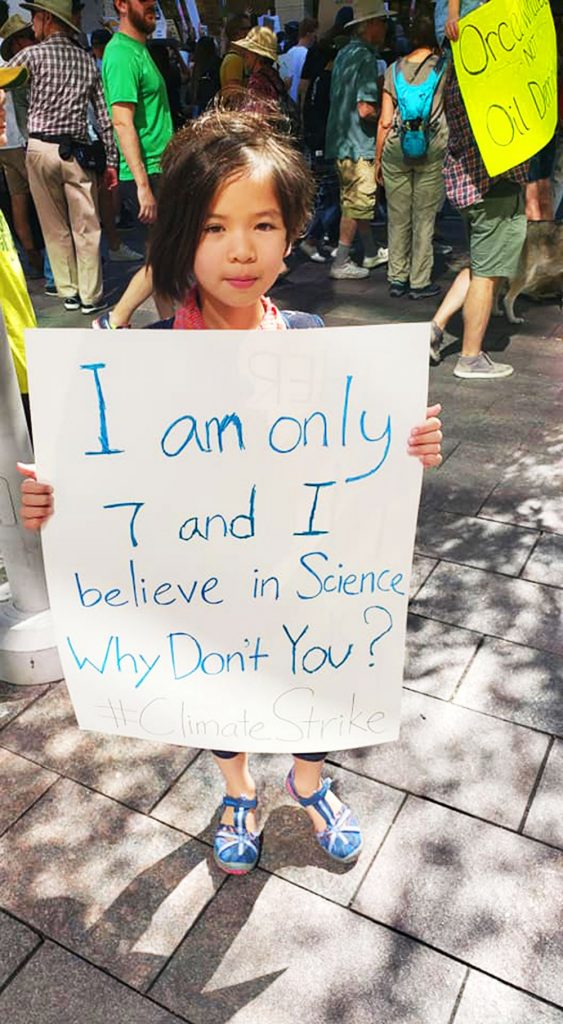