Dance To Be Free: Empowerment through Movement 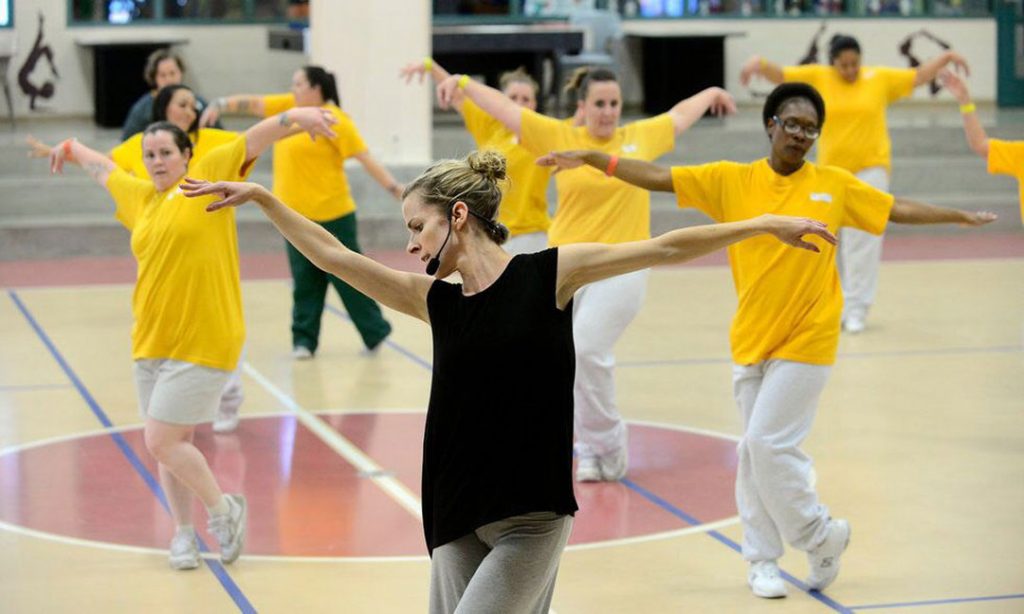 When Lucy Wallace taught her first Dance To Be Free class in 2015 at a women’s correctional facility in Denver, she was not yet aware of just how profound the effects of dancing would be on the imprisoned women. “I was nervous, intimidated. I didn’t know what to expect. But, I’m willing. I walked into the gym with the eight women waiting for us. I had two friends with me. I put on my music. I played a song that was maybe not the best choice of lyrics. “I want to kill it with you.” As soon as they started moving, this woman behind me who I knew was serving a life sentence said, “oh this is spiritual.” Right away. I thought, she understands that this is not exercise.This is a vehicle in. Dance is an avenue to go deeper.”

Wallace wanted to be of service, she wanted to share dance. How much it can help the women she serves has been revealed over time. “I don’t want to go in there and say “hey ladies, let’s heal your trauma.” I just go in there and say “let’s dance together.” But in that, so many revelations come to these women that are beyond my expectations. One woman in Pueblo’s prison began to cry and shared, ‘I realized for the first time that I love myself.’ That’s a huge revelation. That’s just from moving. I don’t know what happened. It’s such a mystery to me. I love that it’s bigger than me.”

Wallace has been steeped in the power of dance since she was 8 years old. She started with ballet, and then moved on to a modern dance major in Ohio. She made her way to Boulder to get her Master’s degree in Naropa’s psychology program. At Naropa, the emphasis is on Somatics, a modality which addresses the relationship between the mind and body. She explains, “it’s more along the lines of, in order to access trauma that is frozen in the body, frozen in time, you have to get at it through the breath, through movement.”

A Pathway Out of Trauma

By bringing the healing potential of dance into the prison environment, Wallace is offering women an opportunity to move through trauma and into empowerment. The women who attend Dance To Be Free have often experienced a lifetime of violence and trauma. They may never have experienced their own body as a safe place to be. Dance offers an experience of their body that they can own, forging a new pathway to freedom within themselves.

“I just heard a really disturbing statistic from Van Jones that 82% of women in prison arrive having suffered abuse. They arrive into a traumatizing environment where they can’t physically move. With trauma you need movement. They go into a sedentary environment with PTSD symptoms. Lights on all of the time, sleeping barracks style. In some prisons, the conditions are worse than others. My sense is that they come out more traumatized.”

“There are women who messed up, who did armed robbery and got forty years. There are people serving life sentences because they’ve committed three crimes. It’s not good. What happened to that person? I always try to rewind it back to asking why are they making bad decisions? What happened to them that they have poor impulse control? How is the trauma affecting their brain? Was she abused, was she raped? I can’t believe what these women have been through.”

Wallace describes how trauma gets frozen in the body, in the part of the brain responsible for fight, flight or freeze. She explains, “you can do all of the talking up in the frontal lobe about making better decisions, but the trauma is frozen in the background. Repetitious, rhythmic movement gets at the part of the brain that’s holding that. To me dance is getting at the wound without retraumatization. The movement with the empowering music is such a safe, clean way to get toward healing.”

“The movement and dance bring back control and joy. There is a feeling of “I am in control of my body. Someone else is not violating me. I am the one lifting my chin up, arching my back, kicking my leg. There is a sense of owning my body, owning the experience. And that leads to tears falling in total joy. It’s very powerful.”

A Pathway to Belonging

The recidivism rate in Colorado is an unfortunate 50 percent. The Director of Colorado’s Department of Corrections, Dean Williams, attributes some of this to the dehumanizing culture within the prisons. He cites a lack of social belonging among the biggest reasons for people to be driven back into the prison system. Wallace describes the community building aspects of dance; “There has been research by a woman named Bronwyn Tarr that dancing in rhythm with a group of people increases trust and pain tolerance. So then they are having this sense of community and they are healing in community. It’s such a connection of the body, mind and heart. I heard this quote, “I learned to belong by dancing.”

The women who participate in Dance To Be Free are learning how to belong. Wallace says, “Something I didn’t see on the horizon when I started this is the sense of community is so huge. One woman said “I have my tribe now.” They would be dancing next to someone that they never talked to, or who was an enemy. They are a Dance to Be Free tribe now.” 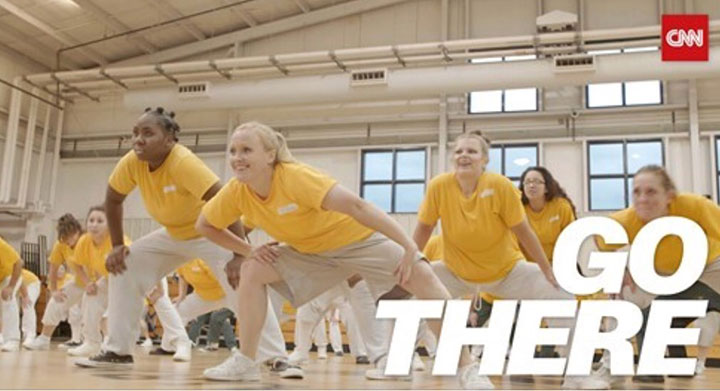 The Dance to Be Free program has evolved in ways that Wallace had not expected when she began four years ago. In the beginning she was teaching weekly classes to prisoners in Denver. After six months, she decided to teach the women how to teach the classes to each other, so she offered a teacher training. The women then had the means to sustain the program for themselves. This allowed Wallace to expand to another prison in Pueblo. When she expanded again to Nebraska, she began to see that the teacher training program was a very successful, self-sustaining model that could be replicated all over the country. Dance To Be Free has thus far been implemented in thirteen prisons in eight states.

Wallace offers continued support to the women holding Dance to Be Free programs in their prison communities by sending videos of new choreography from the weekly classes she teaches in Boulder at Block 1750. The teacher programs empower the women to create their own choreography, as well. Wallace shares their choreography with the women in all of the other prisons that hold the program. In this way, the women are able to reach beyond the walls of their own prison to build community with other women. “It’s a cool web. They see other people dancing their movement.”

Dance To Be Free recently took yet another evolutionary step when, after her eighth trip to Nebraska, Wallace held a facilitator training that will teach the women to hold the teacher trainings themselves. This development has grown the program into a completely self-sustaining model. “It’s a full three-day, twelve-hour experiential growth workshop. We journal, write poetry, have circles, watch inspirational videos, do breathing exercises. The women can decide they want to do this, they want to teach, or they can just participate for their own well being.” About 5 percent of the women decide to go on to teach within the facility. “Leading dance can be challenging. It takes a certain personality. The women who go through the training just for themselves benefit just from learning how to teach.”

A Pathway to Success

Wallace plans to offer a certification program for facilitators who can aid in her effort to implement Dance To Be Free programs in more prisons. Though people all over the world reach out to her for training, she says it takes a very special person to be able to do the work.  “The real goal is that I want the women who are in and have been in prison to hold the torch.”

Wallace says, “The most common theme written about in the class journals is an urge to help other women.” Both lifers and women who have completed their sentences are learning a means to lift other women out of their isolation and trauma by sharing Dance To Be Free. They can be a source of inspiration and healing. “If we can get to the core of what’s fueling the bad decision making problem, which to me is unaddressed trauma, we can prepare someone with job skills, or resume building, or entrepreneurial skills. The dance does it, they have this awakening. It’s one answer. It’s a choice.”

How Our Community Can Support Dance To Be Free

“Prisons don’t pay. We do all of the fundraising on our own, so it’s quite the challenge. Even when they tell us they love the program, it’s changing culture, the women are responsive, it’s enhancing the work they are doing, they still won’t pay for it. Prison reform is desperately needed. All of the funding that supports Dance To Be Free comes from donors in the Boulder and Denver community.”

To help Lucy Wallace change the lives of more women in more prisons, you can donate to Dance To Be Free at https://www.classy.org/give/243137/#!/donation/checwkout

To participate in community dance classes with Wallace, and dance the movement that is sometimes filmed and shared in the prisons, you can join her at Block 1750 on most Wednesdays at 9:30 and Saturdays at 11:15. block1750.com/