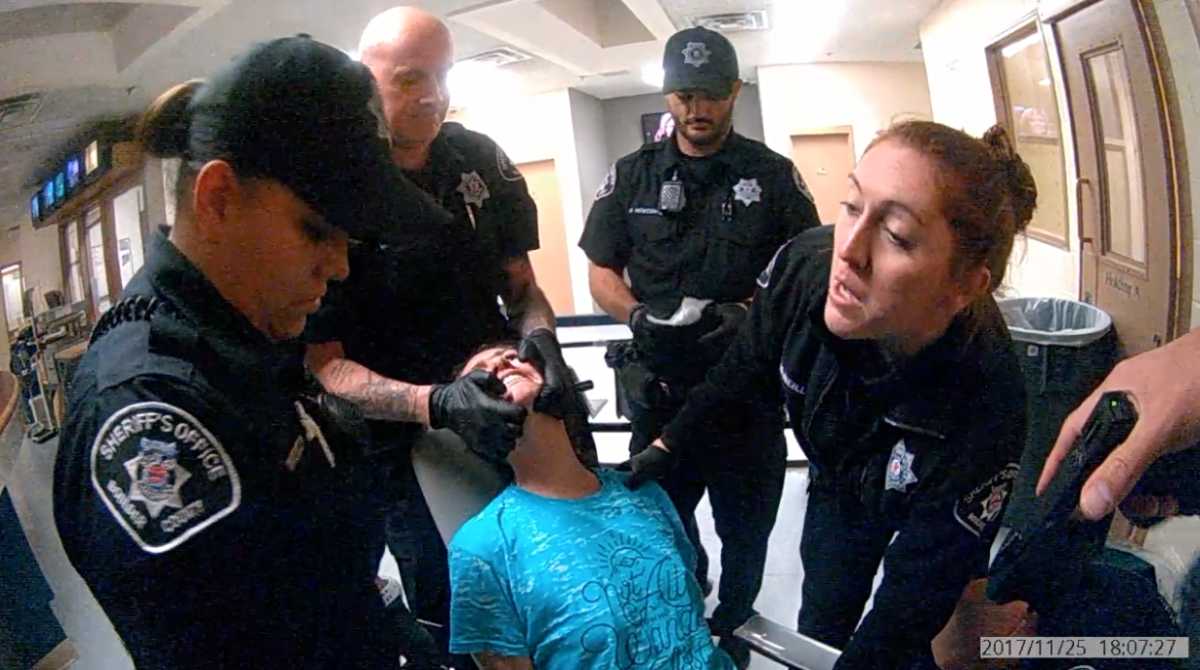 The recent lawsuit Lauren Gotthelf filed for excessive use of force in Boulder County Jail is buttressed by video evidence of her being tased while strapped to a chair and placed on suicide watch. In years past, such alleged abuse could not be corroborated.

In 2013, Boulderite Joshua Johnson was similarly placed on suicide watch in a common area where no surveillance video was in place (see http://bit.ly/2NcOBwL). Deputies reportedly broke Johnson’s nose and punched him in the stomach, and after four hours strapped to a chair, Johnson said they then left him “curled up into a ball, covered in urine and blood . . . ”

After Johnson’s story came to light, video surveillance was put in place in the suicide watch  area, video that Gotthelf is using. Jail management at the time the camera was installed said they had nothing to hide.

It is true that the jail’s policy, based on a statement from Boulder County Sheriff’s Cmdr. Mike Wagner, is openly that “a Taser may be used if a person is uncooperative.”

Should an uncooperative inmate be subjected to tasering, broken bones, and other such treatment for their own supposed safety when that person is already strapped in a chair and fully restrained, as Gotthelf’s complaint alleges?

Of interest, too, why was Gotthelf jailed for minor violations (for having her service dog off leash and smoking in a prohibited zone) that would ordinarily result in a citation and summons? According to the Boulder Police Department (BPD) Policies and Procedures manual, such violations do not mandate arrest, but refusing to sign a summons may be considered in deciding to arrest. Gotthelf is reported to have refused to sign the summons. However, the same section of BPD Policies and Procedures states that in Colorado it is sufficient that a police officer signs the summons. It was not mandatory that Gotthelf be arrested for refusing to sign her ticket.

Boulder Police chose to arrest a woman for minor offenses, and deputies at the jail tased her while already allegedly restrained. This hardly resembles justice.