Off Menu with Chris Tiegland

Anyone who dines at Eat at Community in downtown Lafayette can thank Chris Teigland’s mother for being a pastry chef in Chicago in his childhood. Having a muse in his home gave him the motivation to show care through hand crafted food. ‘It was a lot safer for me to be inside baking than to be out on the streets,” Teigland said of his early life. 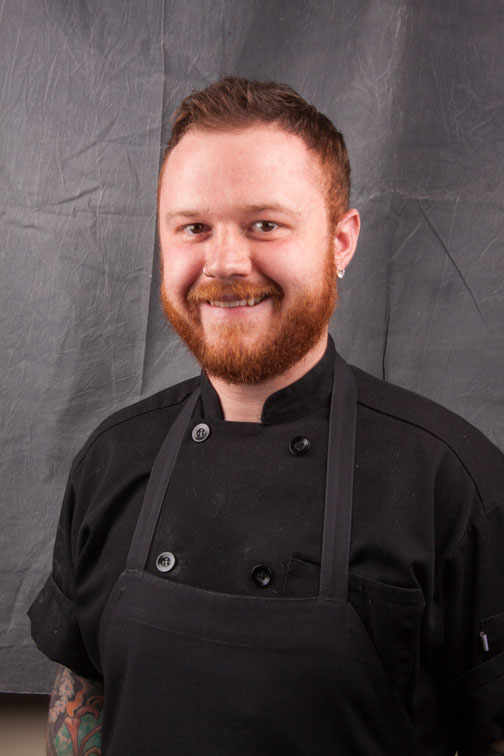 “That’s always something I gravitated towards, cooking and playing music, that was always my outlet for feelings.” His family moved to Colorado while he was in high school, and he initially hated it. Being a young man leaving friends behind wasn’t easy, and as soon as he left high school, Teigland went back to Chicago where he picked up shifts in restaurants.

But he believed being in a 9-5 job was the right way to go. He donned a business suit. Teigland took a slight, successful, detour into the finance world, until of those fateful moments occurred. “During a meeting, my manager said, ‘where do you see yourself in five years?’ And then, I quit.”

The lightbulb moment propelled Teigland back into the pan, so to speak. Teigland started making breakfast burritos to sell to local construction crews and other places with groups of hungry people such as in local banks. He went to where the “stress eaters” were.

While he worked the restaurant circuit, he began and completed an online education in a niche subject – Teigland has a degree in Theology.

Teigland, however, never turned his back on cooking. He became a chef at an Italian diner and worked his way up.“I just jumped in there, and they were like ‘hey why don’t you run the kitchen’?” Then he took a position at Blackbelly, where he met his wife.

Teigland has been at Community for six months. As with many creatives, Teigland knows there’s just not always time for both his love of music and his love of the kitchen life. And he doesn’t leave work at work.

“I have a notepad by my bed where I start writing down ingredients for a plate. I feel sort of bad for my wife, but I’m so glad I met her in the kitchen. She gets it,” Teigland said.

Of Community’s food, the restaurant offers anything from a steak to a cheeseburger. While his crew discusses creative ways to showcase unique food, Teigland already looks forward to offering foodies new fare at the latest venture, Birdhouse, in downtown Erie. His excitement over the current project is palpable. “It’s gonna be amazing,” he says. “I can float between the two restaurants, which I love.”

This year is full of big plans for the chef. With Birdhouse in the pipeline, does Community’s head chef have any time to just, you know – chill?

“I play my guitar time to time, and I miss writing all the pieces to music,” he says, but recognizes that being the composer in the kitchen is a gift. When he does have time away from the kitchen, Teigland and his wife try to see a live show or hike at Red Rocks.

While he may not have time for everything he loves to do, the universe has worked out a way to fulfill the need to create. “There’s something to watching it all work,” Teigland said of restaurant work.

One suspects that, despite the hiking treks and guitar playing, Teigland will always find time to  scratch out superb food ideas on paper, chill time be damned. But by composing his next dish, Chef Chris Teigland isn’t ignoring the rest of his life – the theology graduate turned head chef is just giving in to his higher calling.