Duly Noted – Trump’s Deadly Tune and Those That Listen 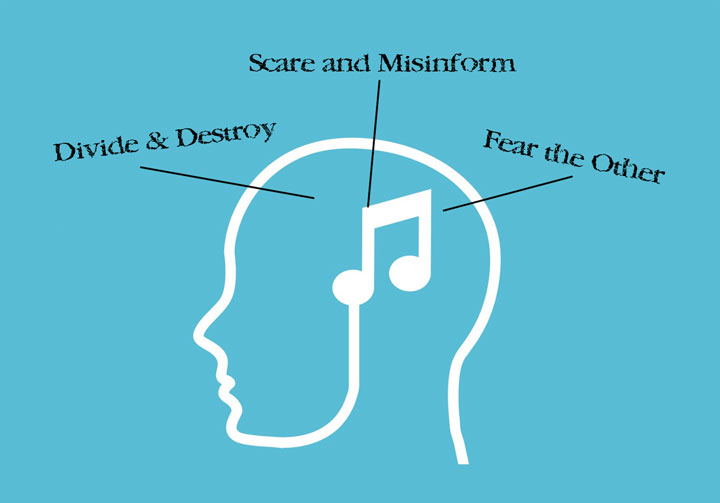 “HIAS likes to bring invaders in that kill our people. I can’t sit by and watch my people get slaughtered. Screw your optics, I’m going in.”

A short while later, the man who posted this on Gab —  a social media network favored by white nationalists — walked into a synagogue in Pittsburgh and gunned down 17 people. Eleven of them perished.

HIAS is the Hebrew Immigrant Aid Society, and they’ve been helping refugees all over the world of all different faiths and cultures for well over a century. This gunman had listened to President Trump’s non-stop drum beat of a “deadly caravan of murderous migrants” making its way from Central America. He’d heard the lies Trump’s administration spun accusing popular Jewish boogeyman George Soros for supposedly financing this caravan. And ultimately, he drew the line from Soros to HIAS.

This President has tapped into something powerful and vile in his base since he announced his candidacy in 2015. And since then, it’s grown, unchecked, into the biggest ethnonationalist movement this nation has seen in most of our lifetimes. And it’s poised to get worse.

As fears continued to grow amid COVID-19 diagnoses on our shores, Trump stood in front of yet another rally in South Carolina at the end of February, whipping the froth in his audience to a fine, foamy lather.

Any fan of political intrigue — and even most zombie movies — knows where this tends to lead. It’s like yet another Tom Clancy thriller, maybe a volume two of Max Brooks’ World War Z, or better yet, Stephen King’s The Stand.

Our cold civil war finds the general populace as polarized as we’ve been since the Civil Rights movement. Great swaths of us appear incapable of separating truth from the fiction enveloping us in our social media streams. The ingredients are all here, laid out in front of Trump like a selection of mallets he can use to play his favorite classics.  “Divide and Destroy.” “Scare and Misinform.” “Fear the Other.” His catalogue is deep.

He will play these tunes often as this strain of Coronavirus spreads, and he will use them to drown out everyone who doesn’t add their own voices to his chorus — even if that includes his own medical advisors.

And blood will be shed.

And by then, it won’t matter who we blame.