Spotlight on… Sandra Watts and Live at Jack’s 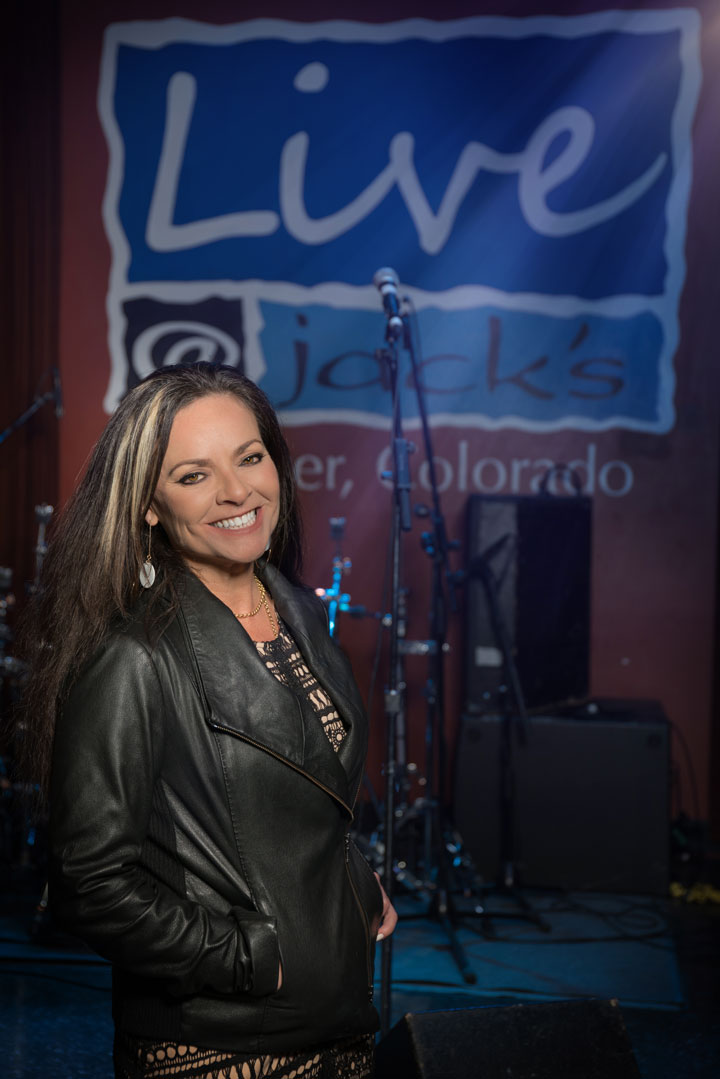 For more than 20 years, Sandra Watts has kept the lights on and the jams flowing at Live@Jack’s (formerly Jazz@Jack’s). One of only a handful of women-owned such venues in the state, Live@Jack’s has been an entertainment anchor for the Denver Pavilions since relocating there in 2006, providing live music 7 nights a week and employing hundreds of local and nationally recognized musicians over the years. Here, Sandra opens up about the history of the storied space, the devastation COVID-19’s brought to her livelihood, and why her focus  remains not on her own plight, but the community of musicians she supports.

French Davis: Give me the brief history of Jack’s.

Sandra Watts: Jazz@Jack’s was originally located on the second floor of an office building located on historic Platte St. in what’s now called LoHi. Original investor and visionary Dr. Joel Karlin had the vision of opening a Chicago-style jazz club in Denver — cocktails, cigars, black box, Fortune 500 clientele and live jazz. He had a love for jazz and specifically the band DOTSERO. He owned the building, wooed a few investors and hosted the grand opening in an existing theatre space, called Jack’s Theatre in July of 1998. It was only open on the weekends to start. Dr. Karlin’s lack of (experience) in the “bar” biz is where I came in, in March of 1999. We discussed his high hopes to create a new energy and hire me as front-runner in managing and transforming the space into a viable live music listening room. Shortly following our meeting, Dr. Karlin became ill and unfortunately passed away early in 2003. I continued to run and grow the venue as acting owner (and General Manager) during his illness and beyond his untimely passing. It became clear that there was a love by the public for the “vibe.” In early 2006, I  officially took over as managing partner and GM with co-owners DOTSERO. The original building was eventually sold… We were no longer welcome and needed to find a new home. In early 2006, the Denver Pavilions welcomed us as a viable business that would complement their then-thriving mall. The 2008 (recession) hit hard… But we persevered with the belief that live music mattered and people would support the venue. It has always been about the live music and culture for me. I believe in the musicians and the public’s (willingness) to support the scene.

FD: Talk a bit about your philosophy when it comes to booking/paying local musicians.

SW: My belief has always been to treat local musicians as I would a national act. The location of the venue is convention-driven, catering to the action of the Colorado Convention Center and captive downtown hotel patrons, combined with the strong local customer base. I felt the venue was a great opportunity for artists to be in front of an audience featuring everyone from everywhere with a love for live music. I believed it was a great opportunity — a space to create and perform for an inviting audience. I didn’t want to charge a mid-week cover — it’s more important to me to have a full room — so I paid a flat fee to the bands and provided sound and a professional engineer. On the weekends, I charged a minimal $10 cover, basically to support my mid-week bands. I love that we provide live music 7 nights a week. I am very proud of the diverse audience that continually patronizes the venue. I also am very proud to mention that  every table faces the stage, and there is not one TV in the event room. It’s about the product. The band on stage is that product.

FD: Talk about how you’ve weathered the COVID-19 storm.

SW: I haven’t weathered or survived. My fear is this will be the end of an era. The overhead, combined with new restrictions, public fears, lack of funding, and loss of thousands of dollars during the mandated closures will be difficult to overcome.

FD: And despite that, you started a fund to help musicians through this. How did that all come to pass?

SW: The musicians’ fund was created immediately following the mandated venue, bar and restaurant closures. I knew instinctively the artists were going to be hit hard and fast. Most local and national musicians are self-employed, 1099 contractors (who are usually) not eligible for unemployment or any safety net of government aid. It became clear that the people I love and respected most were in danger of losing a lot — and fast. My daughter Sara Kirson, a visual and graphic artist, was helping me update the Live@Jack’s website and said, “Mom, let’s add a link to collect money for musicians on the front page of the website.” The musicians’ fund was born. We have collected over $2,500 in donations from people who care. We send it out cash app or paypal, to anyone who requests help, in increments of $25 and $50. Musicians, DJs, sound engineers and comedians have all been recipients of the generous donations made by caring people.

FD: Where do you see this going in the next few months?

SW: I honestly don’t think we will see any “normal” in the near future. My belief is social distancing is the new normal for at least a year, if not longer. This contradicts everything I have ever worked towards. I see a lot of Mom-and-Pop local business shuttering. It’s heartbreaking.

Editor’s Note: Just before press, Sandra announced that Live at Jack’s will not be reopening, ending its more than 20-year run, and adding another privately owned venue to the list of COVID-19 casualties.