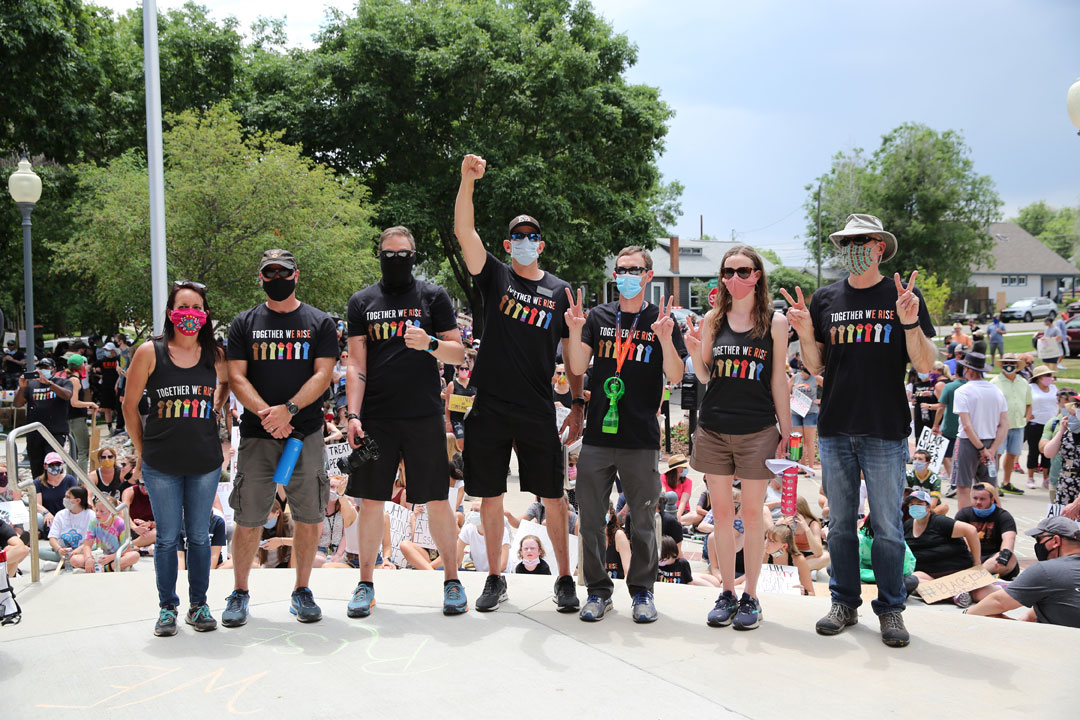 A month of openings – gyms, bars, strip clubs, restaurants – even at half capacity was cut off. Governor Polis announced a re-closing of bars and clubs to stem the current rise in COVID-19 cases across Colorado. This last week saw us return to nearly our peak infection rate. Boulder County – looking at Boulder, Longmont, Lafayette, Louisville, Superior, and Erie – has seen 143 new cases since June 23rd, as of July 2nd. • Local elections have concluded, although results aren’t all official. For local races we were watching, we saw Dan Woog handily making state house, Callie Rennison easily knocking off her competition for CU Regent, and Longmont Strong Marta Loachamin narrowly edging Jonathan Singer for Boulder County Commissioner District 2. She’ll face James Crowder in November. • Boulder County Parks has issued a statement on COVID rules, reminding revelers to follow the social distancing and mask requirements or be asked to leave. This includes Boulder County Open Space. • The Aurora PD faced intense scrutiny as Justice for Elijah McClain protests were poorly handled. In addition to using chemical weapons, pepper balls (as witnessed by Yellow Scene staff), and threatening people with rubber bullets at an unsafe distance, 3 officers were fired for reenacting the carotid chokehold that resulted in the unnecessary death of McClain. • The Fourth of July Independence Day celebrations were stifled by order of the Governor, necessary to prevent mass gatherings. In its place, Kyle Clark reported that he’d never seen anything like this”, in terms of citizen use of fireworks across the city. From our offices in Erie we can report the same. These celebrations capped off 24 hours of Elijah McClain protests at APD headquarters and a divisive speech by the President at Mt. Rushmore, where Native Americans on their own legal land were arrested for attempting to deny Trump access. • The “I Have A Dream” Foundation hired a new CEO. The Daily Camera reports that Perla Delgado, most recently the College Assistance Migrant Program director in Austin, TX, wants to continue to support Dreamers on their way to college.  The migrant program provides students and their families a pathway out of poverty through education. •  Nearly 400 people participated in Out Boulder County’s first motorcade parade. An alternative to the traditional parade due to the Coronavirus, 150 cars participated in cruising down Main street in Longmont. Mardi Moore, Out BC’s Executive Director is quoted as saying, “We finally have a place in the law that recognizes sexual orientation and gender identity as equal in employment, which, as far-fetched as that seems, we have never had before. We think this has legs, but we also think it will be a long time before we have full equal rights,” referencing the SCOTUS decision affirming LGBT workplace protections.

“We have received countless messages over the past few days from officers in Colorado. Many have asked for resources finding police jobs out of Colorado – many others have said they plan on leaving the field altogether.”

– Law Enforcement Today, on the CO Police exodus following the passing of SB 217

“The governor said that the state’s rise in coronavirus cases has mostly been among younger people.”

– Colorado Sun reporting, with the caveat that bars, clubs, and possible protests were the main culprits

“I am no longer affiliated with the University of Colorado.”

“Everyone should feel welcome and safe when recreating on open space, especially our most vulnerable residents. It’s such an important resource for mental and physical health in these challenging times.”

“I know the media has a job to do. They chose to be in that situation with us.”

148 – New Cases of Coronavirus in Boulder County since June 23, counting totals reported by the Daily Camera.

72/1246 – Deaths per COVID-19 cases in Boulder County since the pandemic began. Recent new cases are a sharp increase

3 – The Number of Colorado reservoirs we visited for our travel article, though we definitely thought of visiting more.