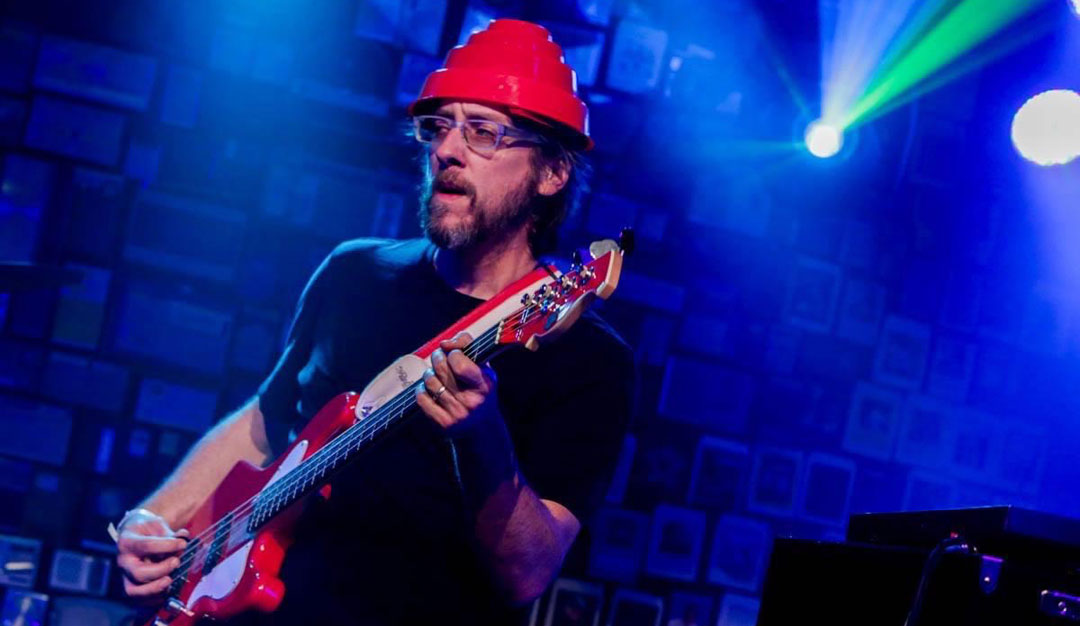 Casting a weary eye over the music scene in Colorado doesn’t stir up much optimism. Sunken into a COVID-19 crater unlike any collapse ever seen, the music industry remains mired in the quicksand of a 1-2 punch between the advent of subscription music services and then the inability to perform live. Ironically, the digital revolution that torpedoed the market value of recorded music in the 2000s may be its best hope. And yet, there remain stoic constants that inspire hope, such as Colin Bricker, the man behind the soundboard at some of Colorado’s most enduring live music events, most beloved recordings, and a familiar face on stage with beloved tribute and original acts. His Mighty Fine Productions recording discography is long, including names like DeVotchKa, Ron Miles, Leftover Salmon, and Head for the Hills — while his live event sound production credits include City Park Jazz, UMS and Cheyenne Frontier Days. Here, Colin talks about his passion for event and studio sound production, growing up in Greeley, and the perilous place the music scene finds itself mired in today…

French Davis: Give me the Colin Bricker story.

Colin Bricker: I was lost until I found music, and the community that surrounded the scene in Greeley. Band was the beginning. I had many great mentors that helped me on the path I’ve been on for my whole life like Gary Wiley, Kirk Vogel, Jeff Davis, Greg Carroll. Then I started pushing cases for a PA company when I was 14. They had some of the speakers out of the old Rainbow Music Hall. We did the Greeley Arts picnic, and a bunch of concerts at the Garden Theater at UNC. I started running sound for all the events at my high school. I started playing in bands and hanging out with UNC music students. That led me to meet a bunch of great music/engineer mentors: Ron Bailer, Jess Redman, Greg Heimbecher, Steve Snelling, Chris Hudson. I ended up running house sound at the State Armory for several years. In 1995, I moved to Denver to start the recording program at UCD. I met another round of mentors, and fell in love with Denver and its music scene. I started running sound at the Mercury Cafe and Bluebird Theater. The Mercury Cafe led to a lot of lasting music community friendships. There was so much craziness going on there in the mid 1990s—I love that place. In 1997, I partnered up with Rich O’Dell to form Notably Fine Audio. We started doing sound for big events like Westword Music Showcase, City Park Jazz, UMS, and 5 Points Jazz. We opened the studio at 30th and Larimer in 2000 and recorded there until 2015. I bought my building in 2015 and rebuilt the studio. In 2018, we bought a staging co. to round out services.

FD: And you were a performing musician this whole time?

CB: It started with Peter, Paul and Gary. We are kind of a cover band that stresses how ridiculous all of the music we are playing is. Comedy rock? We started an annual festival in Greeley called My Favorite Bands and are in our 11th year. It’s a tribute band festival, [and] an excuse to get our friends together and play music we love. From that I’ve been in a Tom Waits tribute called Lost Dog Ensemble, A DEVO tribute called Jocko Homo, and a Talking Heads Tribute called Little Creatures. On the original music side, I have an electronics and prepared guitar duo with the great Janet Feder called cowhause, I play guitar and produce records with Andy Monley & The High Horses, and this year I released a solo electronics record under the name Brokerclinic.

FD: Why did you chose to stay here instead of a bigger market?

CB: Denver has this unique situation where we are kind of isolated. I feel like you can hear that in “the Denver sound” this kind of lonely gothic country rock, but it also permeates into the other genres here. Our jazz is unique, I feel like those same influences can be heard in some of the great original jazz artists. The bands from here seem to have a unique perspective that draws contrast to the wider music scene.

FD: Tell me more about some of your big live sound production gigs — like City Park Jazz and the stuff you do in Greeley. How does that differ from the studio work?

CB: I love doing live sound. It’s a thrill to contribute to a joyous moment for a group of people, and then before you know it, it’s over and all you’re left with is the memory of that feeling. Shows like the UMS and City Park Jazz are particularly close to my heart. It’s so important for us as a community to come together in a peaceful way and support our local artists. Recording, on the other hand, can be a more artistically fulfilling endeavor, creating something that can bring any range of emotions for the times to come.

FD: Let’s talk about how things have changed. It was already hard to make money selling recorded music, now the live scene appears basically cratered. How do you see the near future?

CB: Those of us in the event production world are in a bad way. My guess is there will be next to no large-scale live concerts this summer. It takes so much effort to produce these things. Consumer confidence is at an all time low. I’m hopeful that we will get back to work next summer and I’m doing everything I can to keep the ship afloat until then.

FD: What would you advise musicians to be doing right now to adapt?

CB: It’s an online world. You have to learn how to utilize the tools you have. Live-streaming seems like a great way to connect with people and is fairly accessible. Figuring out a way to set yourself apart would be the key.

FD: And that’s something you’ve been quite busy with, yes?

CB: I’ve teamed up with Dazzle Presents and we are doing 5 nights a week of live streams from Mighty Fine Productions.

Learn more about Colin and Mighty Fine Productions at www.mfpcolorado.com.

Check out the Dazzle Project at bit.ly/LiveStreamAtMightyFine.