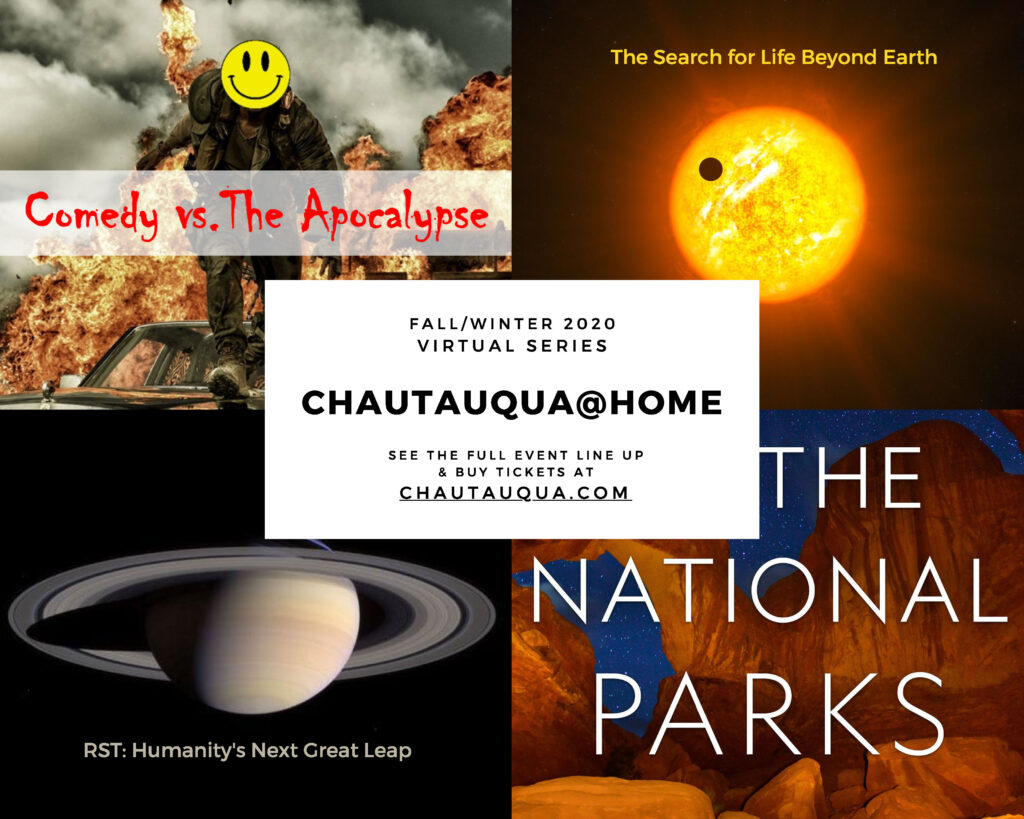 The centerpiece of the Fall 2020 Chautauqua@Home season is the family-friendly Space Series which provides the opportunity for patrons to ask speakers live questions during the program, along with other interactive features. The Space Series includes intriguing topics for all ages, including “Strange New Worlds: Is Earth Special?” and “Taking Silicon Valley to the Moon.” Space Series speakers include Philip Plait (Bad Astronomy), Jack Burns (University of Colorado-Boulder / SSERVI), Sheldon Drobot (Harris Space & Intelligence), Larry Esposito (Laboratory for Atmospheric and Space Physics), and Brian Hynek (University of Colorado-Boulder).

The Chautauqua@Home virtual season is intended to maintain the intimate connection. Chautauqua has with smaller audiences in the Community House (Chautauqua’s living room), while extending its reach beyond Boulder.

‘We are determined to fill the void in people’s lives left by the cancellation of live events this year. This line up will allow our audiences to keep learning and laughing by connecting with speakers and each other on topics they care about. With the interactive elements Chautauqua is planning, our intention is to ensure that these events are more entertaining than a standard Zoom call!“

All Chautauqua@Home events start at 7:00PM.

Chautauqua will be announcing a second round of virtual programming in October 2020,
including silent films, local dance films and kids’ concerts. To learn more, or purchase
Chautauqua@Home event tickets, visit Chautauqua.com.