Press Releases are provided to Yellow Scene. In an effort to keep our community informed, we are now publishing some press peleases in whole.

Boulder County, Colo. – Earlier today, former sheriff’s sergeant Christopher Mecca, 51, was arrested and booked through the Boulder County Jail on the charges of 3rd Degree Assault and Official Misconduct after assaulting an in-custody inmate with a Taser. In addition to being criminally charged, Mecca previously resigned his employment during the disciplinary process, in lieu of termination, for violating a number of policies, including departure from his training, and for egregious violations of the core mission and values of the sheriff’s office.

Mecca was one of the on-duty supervisors in the Jail Division just after midnight on Wednesday, September 23, when two Longmont police officers brought in an uncooperative inmate, a 32-year-old black male from Fayetteville, Arkansas, on domestic violence charges. The inmate was reported to have been physically combative while being placed under arrest by Longmont officers and was intoxicated. During transport to the jail, the inmate said he was unsure if he would be cooperative with jail deputies upon arrival.

After arriving at the jail, the man was compliant as he was walked from the Longmont police vehicle to the pat search area, with two deputies, each holding an arm. At the pat search mat, deputies began asking him routine screening questions when he eventually purposely went limp buckling at the knees as a means of being passively resistant. Mecca then instructed deputies to secure the man in a restraint chair. As deputies were placing him in the restraint chair and securing the straps, he was verbally uncooperative, began spitting at staff, and attempted to bite at least one deputy; however, deputies were able to maintain control of his movements and keep him from spitting by utilizing a spit sock. Mecca then drive-stunned the man on his left thigh for five-seconds with a Taser. The Taser utilization was against sheriff’s office policy and was determined to be both an unnecessary and excessive use of force.

Mecca self-reported the incident to the nightshift jail commander and was subsequently suspended from duty and placed on administrative leave. Additionally, sheriff’s officials were made aware of what occurred by Longmont police supervisors. An internal affairs investigation was immediately launched, and after a brief review of the initial facts, Sheriff Pelle ordered a criminal investigation occur contemporaneously with the administrative investigation.

A referral to the 20th Judicial District Attorney’s Office resulted in support for criminally charging Mecca with 3rd Degree Assault and Official Misconduct. An affidavit was prepared in support of an arrest warrant, which was later issued by a judge. The warrant had a $1,000 personal recognizance bond. Mecca surrendered and was booked and released through the Boulder County Jail, consistent with local arrest and bond standards. His mugshot is below.

Mecca was hired by the sheriff’s office in March 2007 as a deputy and was promoted to sergeant in January 2018. Mecca has received several honors during his tenure and has no prior disciplinary record, including any allegations of excessive force.

Mecca was afforded all due process rights  under sheriff’s policies and resigned in lieu of termination on Friday, October 9, as a result of his flagrant misconduct. Mecca was aware of the policy that prohibits the use of a Taser on a subject in a restraint chair that had been recently implemented, in part, due to the settlement in the Gotthelf claim.

Sheriff Pelle said, “I am deeply troubled about the unnecessary force used, as it is contrary to the mission, vision, and values of what the sheriff’s office stands for. While former sergeant Mecca’s underlying motivation isn’t known, the unnecessary application of force on a person of color is especially concerning.”

The investigation into this incident is on-going, and while we currently have no indication that the excessive force was racially motivated, based on victim and witness statements, we will continue to work toward ensuring that anyone who is interacting with our organization, feels safe, no matter their race, color, national origin, religion, sex, disability, age, sexual orientation, gender, or any other status. The sheriff’s office is committed and  intentionally focused on race and equity issues within law enforcement and county government; from our long-time representation on Boulder County’s Cultural Responsiveness and Inclusion Advisory Committee (CRIAC) to the more recent introduction of Courageous Conversations about Race™ to our staff. More information on the Sheriff’s efforts in race and equity issues can be found on our Race and Equity webpage.

The incident was captured on body worn camera; however, due to the filing of a criminal case, the video footage is evidence and is not releasable by the sheriff’s office due to the pending criminal prosecution. As such, the District Attorney’s Office is responsible to evaluate all applicable legal standards and determine when the body worn camera footage shall be made public.

The case number associated with this investigation is 20-4264. 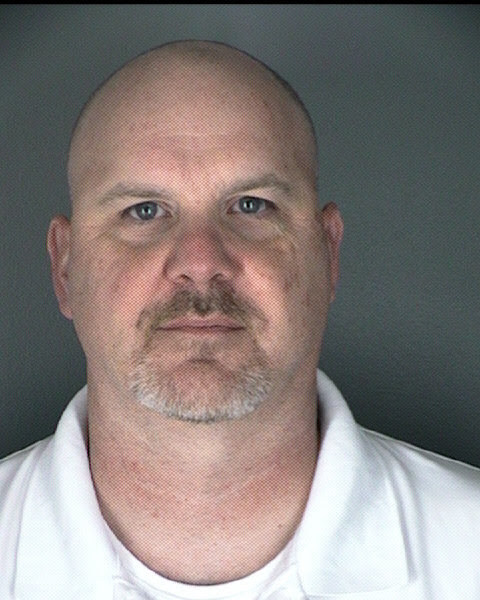