Exit Through the Grift Shop 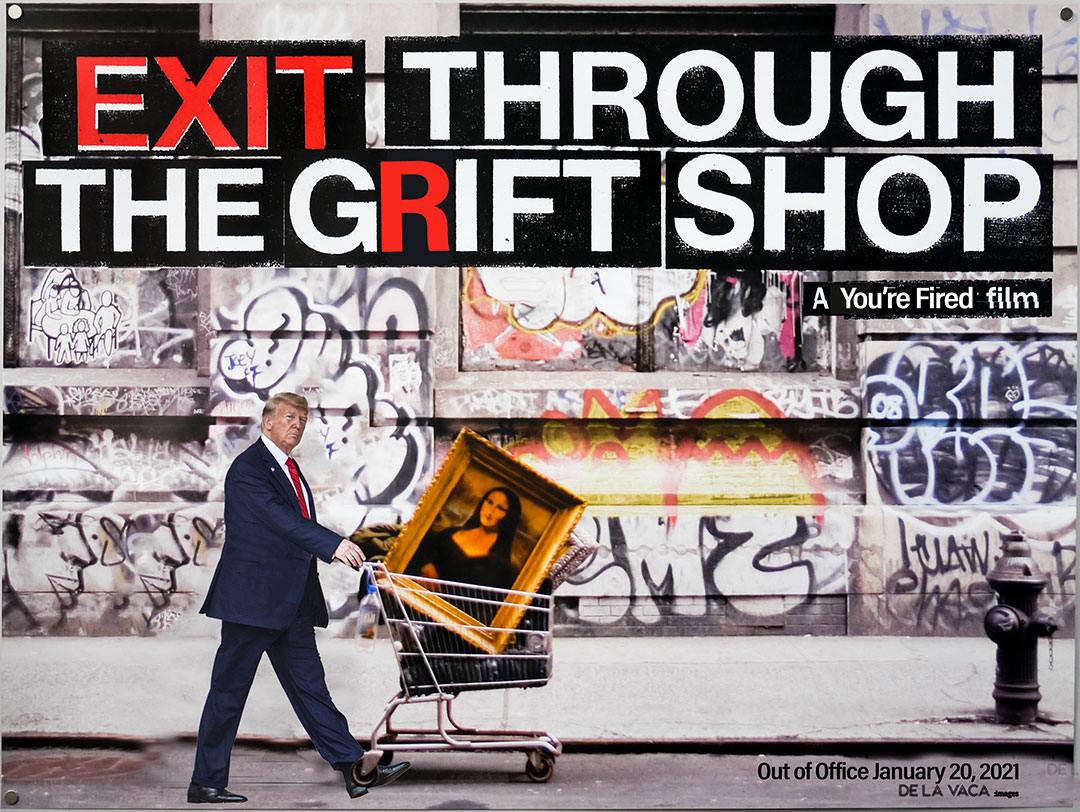 The AP called it in Pennsylvania less than one hour ago, as I’m writing this, propelling President-Elect Joe Biden to 284, eclipsing the 270-mark he needed in the Electoral College. And like so many of you —  especially in Colorado, where the popular vote demonstrated a full-on drubbing of the incumbent by more than 13 points — I breathed a deep, deep sigh of relief.

But we need to be very honest about what happened in this election. The victory was nearly as impotent as the vanquished.

I will forever believe that Trump’s undoing was not his open racism. It was not his episodic anti-Semitism. It wasn’t his chest-beating bullying, his embrace of Qanon or his pathological, perpetual lying. It wasn’t his corruption, his cronyism, his nepotism, or his repeated treasonous actions.

In the weeks just prior to the election, we witnessed the pandemic surge hit the red and swing states like it hadn’t in the earlier surges. And in all cases, those most at-risk for the worst effects of the virus were also Trump’s strongest base.

The point of that is to say this: The United States remains every bit as polarized today as it was a month ago. More than 70 million U.S. citizens watched what happened to this nation over the last four years and decided they wanted four more years of it.

Worse, the Democrats lost ground in the House, and did not flip the Senate. That may change if there’s a run-off in January in Georgia (as of this writing, it hasn’t been called yet). And while Colorado overwhelmingly ejected Cory Garnder, handing Hickenlooper a solid 9-point margin, the rest of the nation appeared content to sacrifice Trump for the Senate. It should have been bigger for the dems.

How Biden moves forward will help us answer this question. Can he embrace a more progressive platform that engenders more unity on the left? But more than that: How will he elevate the lives of every American?

His path forward is filled with pitfalls. He’s going to have to get a handle on COVID-19 as his first focus, and somehow manage to do that in a way that ensures an economic rebound — all within 2-3 years. To call that an uphill battle doesn’t begin to capture the magnitude of the endeavor.

What happened in this election was truly historic in many ways. But so was the Patriots’ undefeated season in 2007. All they did was kick the can down the road for 18 games only to lose everything in Super Bowl XLII.

Did we just kick the can down the road for four years?