These two things are related. A call about a suspicious person, or a homeless person, along with other calls, leads BPD officers to be 75% reactive, according to BPD data analyst Beth Christtenson. That is, BPD officers spend 75% of their time responding to community calls. “This leaves very little time for proactive policing,” she says.

Christenson has shared that a better percentage would be 50%. And we can get there.

There is no doubt that in Boulder, with so few Black people, a Black person walking through many neighborhoods may be deemed suspicious. But police should have more than a claim of a person acting suspicious before responding.

Police discretion refers to law enforcement officials’ ability to use their own judgment, such as whether to investigate if a crime has happened or if a person should be detained for questioning. Such discretion also-importantly-allows officers to decline an investigation or a response to a call about a suspicious person.

Such discretion CAN be used to say no to a caller seeking police if there is no rational reason to send an officer. The dispatcher who receives such a call, however, must, at this time, get a supervisor’s agreement.

How much easier, however, to simply send an officer, and subject untold innocent community members to a police stop.

On a ride-along with a BPD officer, I was able to observe such a stop of two people experiencing homelessness on the Boulder bike path. The caller provided no details beyond literally what is in that previous sentence. During the officer’s interaction with the two men, I observed the officer get in a defensive position and place his hand on his gun as one of the men reached into his backpack.

The unhoused gentleman being questioned may never have known the officer was contemplating his own safety and preparing to draw his weapon. But it should never have happened, and would not have happened if the dispatcher had required more of the original caller and used discretion to decline sending an officer to investigate.

So far, my experience has been that BPD officials do not see using their discretion in this way as something worth considering. One has to wonder why. 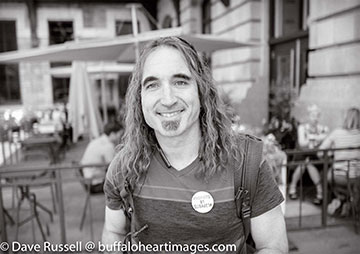 Darren O’Connor is an attorney in Boulder practicing in the areas of eviction defense, family law, criminal defense, and civil rights. He can be reached at DOLawLLC@gmail.com.