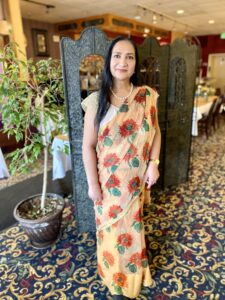 February 9th marked the 25th anniversary for the Taj Indian Cuisine restaurant. This slightly hidden culinary jewel has been located in Boulder, right off of Baseline and Broadway, since the 1990’s. The anniversary marks a bittersweet milestone for the restaurant. Owner, creator, and menu developer Vhim Rai, passed away this past December due to COVID-19 complications. 2021 not only marks the 25th anniversary of the restaurant but the first year without Vhim at the helm. We sat down with Kamala Rai, his life partner of 27 years, and his daughter Laxmi, to look back at the origins and life of Taj Indian Cuisine, while honoring Vhim in the process.

Vhim was born in Hong Kong to a military family. He was raised in Nepal, and in a variety of other Southeastern Asian countries. Laxmi began, “My father had a dream of coming to America and eventually he did make it here, in 1981.” Vhim attended school in Tallahassee, Florida, to pursue a degree in finance. “My father came to the US with $300-400 in his pockets. My father was an incredibly hard worker. He truly struggled to success, he put himself through school, he brought both of his sisters and my grandmother from Nepal, and then supported them.” Vhim went on to become a stock broker for Dean Witter, which is now under Morgan Stanely. After visiting Boulder, Colorado, and experiencing the Rocky Mountains on one of his routine work trips, Vhim decided the mile high state was where he wanted to build a life.

Vhim moved to Boulder in 1989 and decided to open a business with some money he had saved up over the years. Ever hear of the Himalayas Restaurant? Vhim started the Himalayas and worked there for several years, later selling it to his sister.

“My father was not a cook at first; he was a finance major. One day he went down to the local Boulder library and rented a couple of cook books and he taught himself how to cook,” Laxmi recalls. Vhim took what he had learned from his research and put in his own personal spin on his favorite recipes. He poured his heritage and his love into his recipes until they were his version of perfect. Kamala smiled and said, “Once my husband put his mind to something, nothing could stop him from doing it. That is just the man he was.” After the sale of his first restaurant he decided it was time to open a new one. 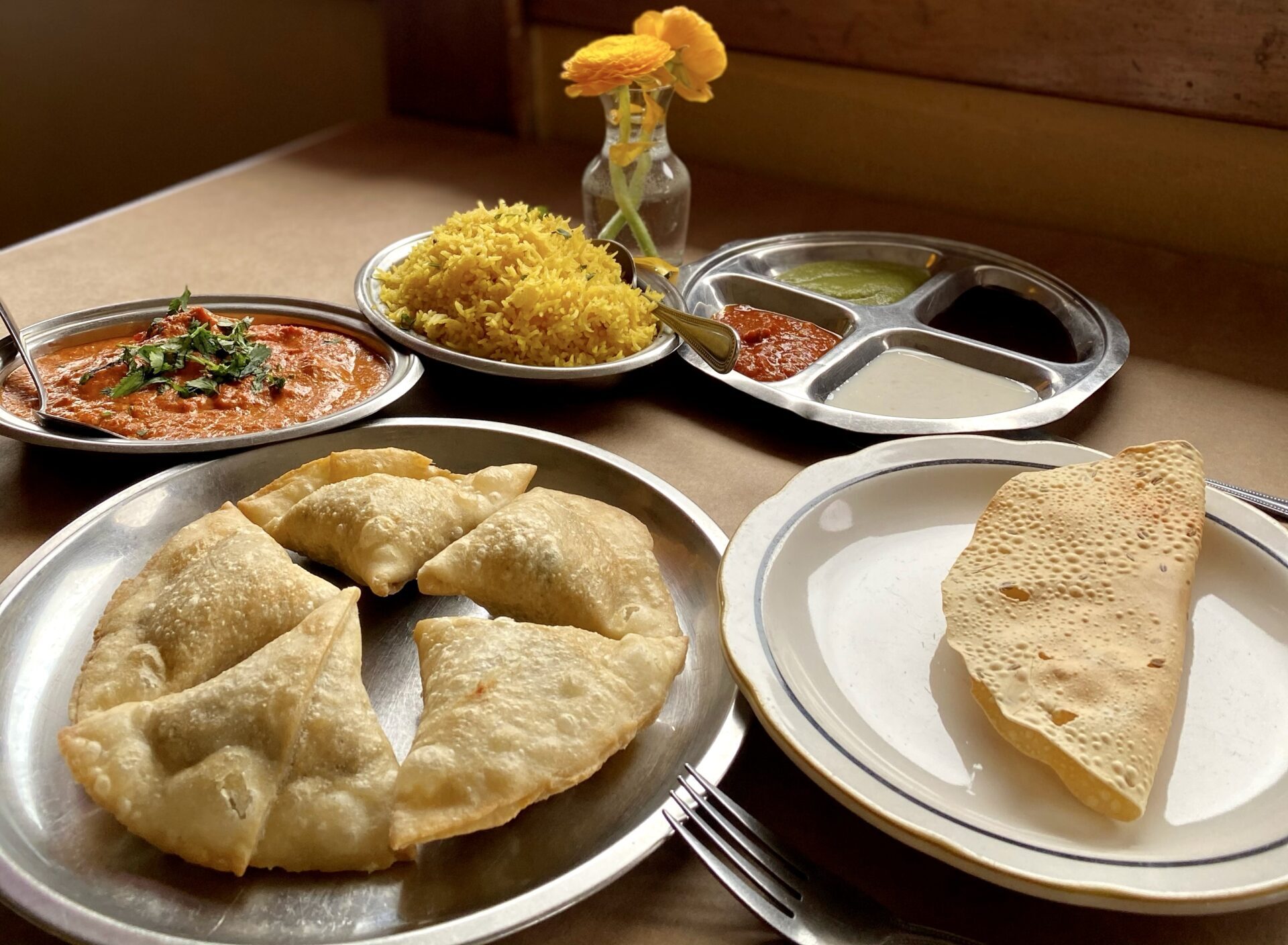 Vhim returned to Nepal, in the meantime, and stumbled upon the love of his life, while abroad, at a travel agency. Serendipity, indeed. Unfortunately the pair hailed from different social castes. Despite violating a social norm, and the lack of Kamala’s family’s support, the couple’s love prevailed. “My father saw my mother in the agency and was stolen away by her beauty; he ended up chatting it up with her for over an hour and called her for three months afterwards,”  Laxmi explained. Vhim returned to Nepal from the US to take Kamala’s hand in marriage.

The couple opened Taj Indian Cuisine together in 1996. Kamala smiled and said, “We discussed a lot of things, but this was my husband’s restaurant. He was the designer of this place. There are a lot of struggle stories, a lot of beautiful stories, and a lot of hard work. I cherish this place. Boulder community’s support is what really saved us.”  Kamala has now stepped up and took her husband’s place as head chef at Taj Indian Cuisine in his absence. She is reminded of her days spent along his side inside Taj’s walls, but she honors his memory each and every day by doing what he loved most, showing love to the community with perfect dishes crafted in love.

“This restaurant truly is my father’s legacy. His heart and soul went into this place.  This place is my home.”