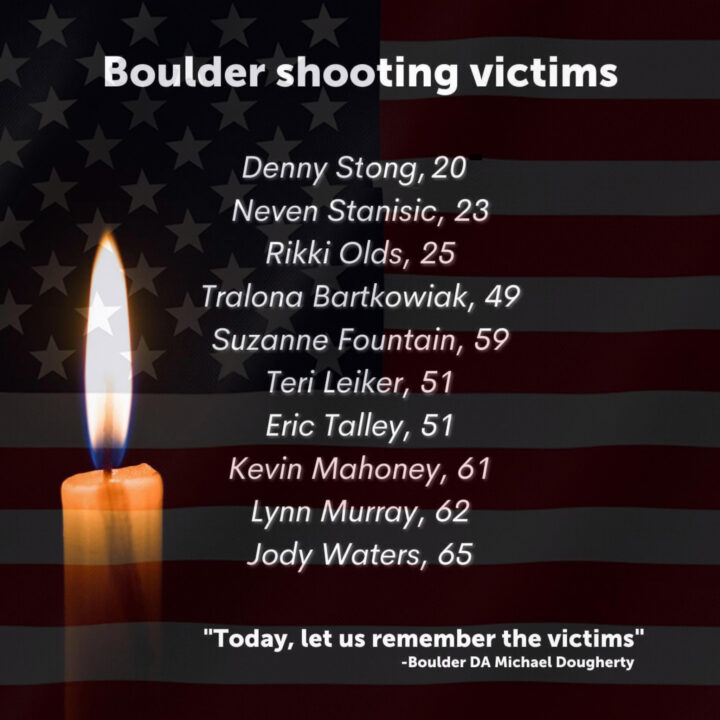 Voices is YS Community Contributions section and can be published on a variety of topics, but all are provided by the local community.

Funny, we pass laws making it increasingly easy for folks to get guns, and an increasing number of people get shot. Hmmm, must be just a coincidence.

In no way is my statement a reduction of the horror of the shooting at King Soopers. One man grabbed an assault weapon and tried to exorcise his demons by killing random strangers.

1. Why when people snap is the reaction to harm as many people as possible?

2. Why when people snap do they have access to near-military-grade weaponry with which to do so?

Mental health and gun control are not an either/or problem. They both need to be addressed.

In the early 80s, when the feds defunded the state mental hospitals in New Mexico, the number of homeless went up by an enormous percentage. Of course, violent crime went up as well. Then we had a hard winter and hundreds died.

Mental health MUST be addressed in this country, not just to prevent violence and suicide, but to help people live to their potentials.

Gun ownership has been going up steadily since the late 70s when fear over the Black Panthers and other such movements prompted a right-wing reaction which prompted a massive gun-lobby intervention.

All this rose up in the popular zeitgeist to drive up gun sales (“They’re gonna outlaw buying guns, better get yours today!”).

Whaddya know, shootings have gone up. It used to be that when gangs fought, they’d bash heads and stab each other. Now they shoot.

Cops now assume any person is potentially armed and fear for their lives in every encounter (add racism to the mix and the fear is even more deadly). Paranoid people see lethal threats everywhere and have the arms to combat them with deadly force. Depressed individuals just might have a gun handy at that lowest moment, never to live to recover. We MUST stop arming our society with such fetishistic excess!

Gaaah, I wish the solution were that easy.

None of this discussion will bring back those ten lives lost or heal the hundreds of lives traumatized yesterday. But we must do something. What we are doing is not working.

My sadness is overwhelming at this.

View all posts by Kevin Cheek →